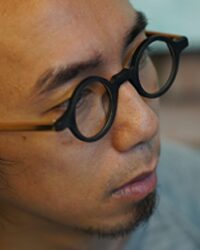 Photo (detail): © Private ChuKim (Nguyễn Anh Tuấn) (*1988) is a writer of short stories and poetry. He is also an expert in Vietnamese comics and earns his living as an architect. 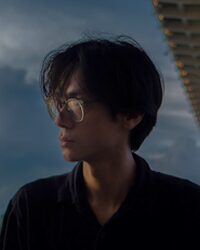 Photo (detail): © Private Do Van Hoang (*1987) is a filmmaker and writer. He graduated from Hanoi Academy of Theatre and Cinema, major in Screenwriting in 2011. He has been working as a writer and director since then and created a number of works, including short fictions/documentaries, video art, TV series and music videos. His films were screened in Hanoi DocFest, Yamagata Film Festival, Centre Pompidou, Guangdong Times Museum, and documenta 15. 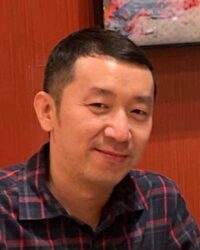 Photo (detail): © Private Maik Cay (Nguyen Phuong Anh) (*1988) is a writer and filmmaker, a member of the creative group Tiếng-Thét, based in Hanoi. She describes herself as a person who searches for possibilities to turn the world upside down, or the dark inside out, or pull a boat over a mountain. Her novella Wittgenstein of the black paradise won the major award of the contest ‘Literature for 20-year old people” jointly organized by the Ho Chi Minh City Writers' Association, Youth Publishing House and Tuoi Tre Newspaper in 2018. 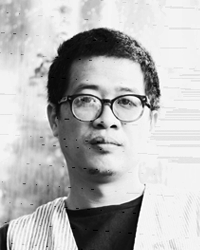 Photo (detail): © Private Vu Anh Duong (*1985) is a screenwriter, film critic and lecturer in Communication and Film Studies at various universities such as Hutech, Hoa Sen, FPT. He is also a judge in several film competitions, and runs a Facebook page dedicated to cinema named Vivacinema.