Every year, many people from other countries come to live in Germany. More than 20 per cent of people living in Germany come from another culture. Many are multilingual: they speak not only their language of origin but one or more others as well. Many people who come to live in Germany learn German as a foreign or second language. Speaking the language of the country or region where they live (this is known as the local language) makes it easier to communicate with local people and gain an understanding of their way of life.

The ability to speak several languages is an important skill in today’s world. Borders between countries are more open than before, and more and more people are migrating to other countries. Someone who speaks another language as well as their language of origin has many opportunities. At work and in the private sphere, they can mediate between people from different cultures. Multilingual people have intercultural skills, so they can look at other people’s way of life from different perspectives. Most children from immigrant families who are growing up in Germany naturally learn to speak their parents’ language (language of origin) from birth. Along with the language, they also learn a lot about the culture and traditions of their parents’ home country. They often learn German through play and through their contact with other children and adults, e.g. at nursery and school. These children grow up multilingual (bilingual).

The importance of the German language

For adults living in Germany, it is important to learn German so that they can speak to the people around them. Speaking the local language is also very helpful for integration. For children, good German language skills are essential when they go to a German school.

When learning a language, input and output are very important. “Input” means the language that someone hears and reads. People need regular contact with the language, ideally in real-life situations. The input should also be of high quality; in other words, it should come from a fluent mother-tongue speaker. Reading carefully selected books aloud to children is a very good form of input for them.

Output is also very important. “Output” means the language that a person produces, i.e. speaks or writes. It is essential for people to be able to use the language. To speak a language well, plenty of opportunities to practise in real-life situations are needed. Speaking and writing are important and effective ways of practising the language.

If you speak your language of origin, rather than German, with your child or children at home, there are plenty of things you can do to build their language skills.

The family language is important

In many families, the mother and father speak the same language. In most immigrant families, this is not German. So that the children learn the family language, it is good to speak it at home. In this way, the children establish a close emotional connection with the language and culture of origin.

The language of origin (first language or family language) spoken by the children and adults always conveys cultural information, traditions and values as well. Families should not give up their language of origin; on the contrary, they should continue to speak it at home with their children and family. It is especially important for children to speak their first language well. Good skills in the first language are the best starting point for achieving a high level of proficiency in other languages. In big cities, there are many bilingual (= two languages) and even trilingual (= three languages) nurseries for pre-school children.

One person – one language

In some families, the mother and father don’t speak the same language. Many parents then employ the “one person – one language” approach. This means that each parent speaks their own language with the child. The family language – in other words, the language that the two parents and the child speak when they are together – is sometimes one of the two parents’ languages (the father’s or the mother’s). But sometimes, it is a third language that both parents speak fluently.

Bringing up children to be multilingual: what’s important?

When bringing up a child to be multilingual, it is important for parents to have an emotional bond with their language. The best option, of course, is for the mother or father to speak to the child in their mother tongue (first language). If there is a family language, this should always be spoken at home. If the child doesn’t want to speak a particular language, they should not be forced to do so. Often, this is just a phase that will pass. Parents should be careful not to mix up the languages too much when they are speaking. Seeing that their mother and father have a positive attitude towards their own language encourages the children to learn their parents’ language(s) too.

Developing children’s skills in their first language(s) is extremely important – but so is developing their knowledge of the local language.

Many advice centres offer help and support on matters relating to multilingual education. Many cities and municipalities have an office or department responsible for intercultural affairs, whose staff are well-informed about the language and cultural programmes that are available and provide useful advice. Private organisations also run advice services. There are also many agencies working in the field of multilingualism and cultural diversity. An Internet search using the terms “intercultural advice centre” or “multilingual advice centre” provides many useful links and information.

Every German state has its own policies, programmes and strategies to develop pre-school and primary school children’s German language skills. Children lacking adequate German language skills can get help from language development programmes, such as preparatory courses and support classes in German. There are also many advice centres offering support and information if children need even more help learning German.

Developing the language of origin

Children’s skills in their first language can be developed at home as well as in an educational setting. In order to enhance the children’s proficiency in the family language, parents should read to their children regularly, and sing songs and play games with them. Children can also telephone or skype with other members of the family. If they know other families with the same language and cultural background, the children can play together and speak their language of origin.

Many consulates and associations offer development programmes in family languages for school-age children. At these classes, children practise reading and writing in their first language and learn about the way of life and traditions of their country of origin. In some German states, development programmes in the languages of origin are also available in mainstream schools. This is known as supplementary mother-tongue instruction.

There is plenty of information on the Internet about the many associations and organisations that represent specific language and cultural communities and run playgroups, sports clubs and social events, for example. They give parents and children the opportunity to use the family language or language of origin regularly in real-life situations. 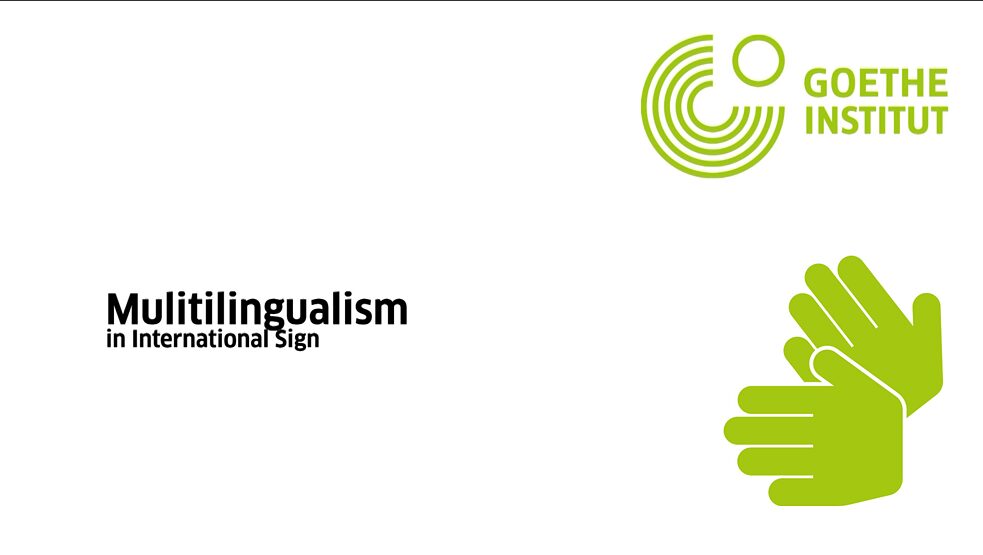 Further questions? Write us via the contact form. We will forward your questions anonymously to the advisors of the youth migration services.

Life in Germany and Europe