Inexhaustible space: One of many open areas inside Berlin's Stabi | © Vijay Khurana

Time away from Berlin helped Australian writer Vijay Khurana realise what he truly loved about it. One landmark in particular sums up his attraction to the city’s unique opportunities.

Recently I returned home, though what I mean by that is not clear to me. Australia? Germany? England? I am one of those people who will not give you a straight answer when you ask them where or what home is. But I have spent most of the last decade in Berlin: here I turned 30, wrote my first book, figured out (more or less) what to do with my life. So, for argument’s sake, let’s say I’ve come home to Berlin.

In 2017, after six years in the city, I moved to England to do a Master of Fine Arts in creative writing. Much changed while I was gone. In my less-than-fashionable neighbourhood there is now a Japanese Restaurant. And the price of a beer in most local bars is ambling past the €3.50 mark.

But a few things are just as they were, and the comfort of those, their dependability, is what makes returning to Berlin feel like coming home. Chief among them is the Staatsbibliothek (or Stabi to the locals), Berlin’s famous public library near Potsdamer Platz. 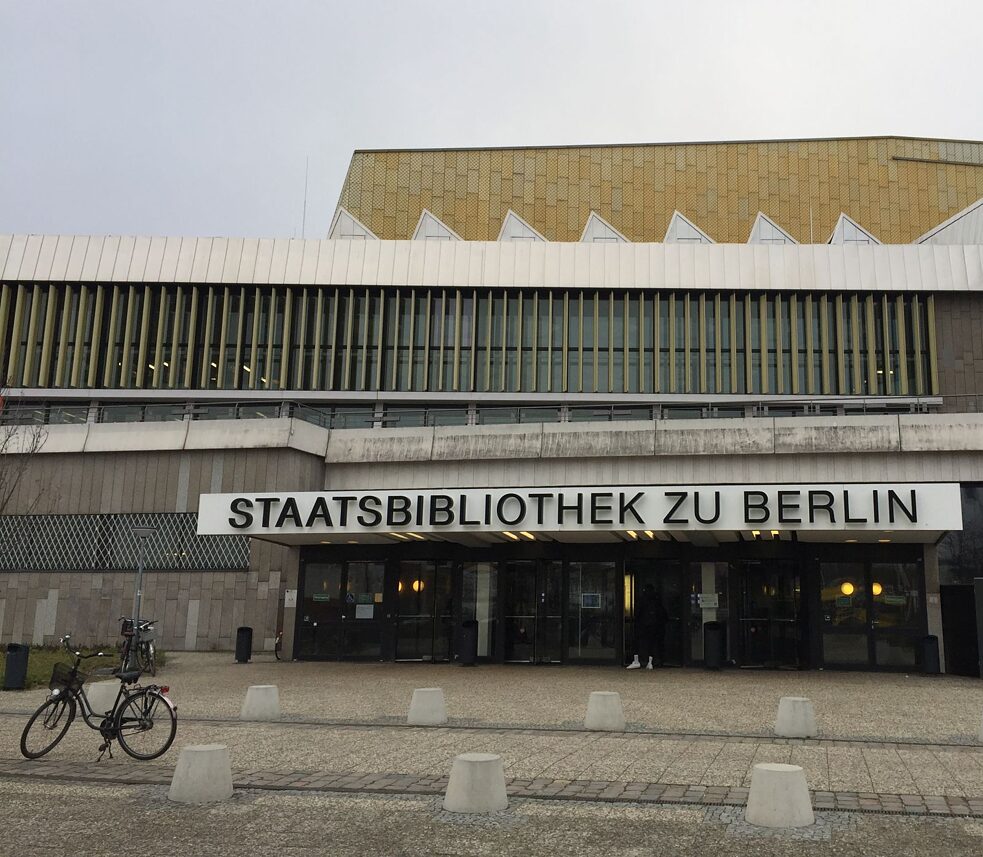 Most Australians in Berlin have an origin story, something that first sparked their interest in the city, a nudge that started them on their journey here. For me it was watching Wim Wenders’ ‘Wings of Desire’. From the moment I saw this film about angels watching over mortals in a decayed and divided Berlin, I was fascinated. In fact, ‘Wings of Desire’ even features a bicultural urbanite: the musician Nick Cave, who lived here in the 1980s.

More than anything, the film conveyed to me a sense of contrast between cramped interiors (helped along by the ceaseless overlapping interior monologues overheard by the angels) and sparse cityscapes, between the mundane murmurings of the everyday and the universal perspective available to the angels.

One of my favourite scenes from the film was shot inside Berlin’s Staatsbibliothek. The allegorical character Homer, an old man who sees it as his job to tell the world’s stories, makes his way through the vast library, asking himself why there are no great stories about peace. His thoughts echo among the stores of knowledge he walks through, the model globes, the shelves upon shelves of books dating back, in some cases, centuries. I would like to go there, I thought.

The Argentinian writer Jorge Luis Borges hinted that a library should be a place as limitless as the mind. If that’s true, then the Stabi certainly does its best. What strikes you when you walk in is a sense of cavernous, almost inexhaustible space. There are levels, platforms, nooks, sub-libraries dedicated to Eastern Europe and East Asia, to maps and manuscripts. In short, the place feels like a world in itself.

Even the cafeteria, with its menu of German fare that seems not to have changed in decades, suggests times no longer accessible out in the real world. The huge windows and bowl-like pearly ceiling lights make the place seem bright even on a dim January day. And the desks are fitted with the same humming lamps that Wenders filmed more than thirty years ago.

Some people like to write in cafés, some in bed. For me, the ideal place has always been a library. There’s something about the freedom to wander to a shelf and find a book that has popped into my mind, and the inexplicable energy that comes from proximity to people who are, like me, reading and writing about things that interest them. I’ve visited libraries as far away as Tokyo (whose national library is large enough to have its own barber shop) and New York. But nothing beats the Stabi. 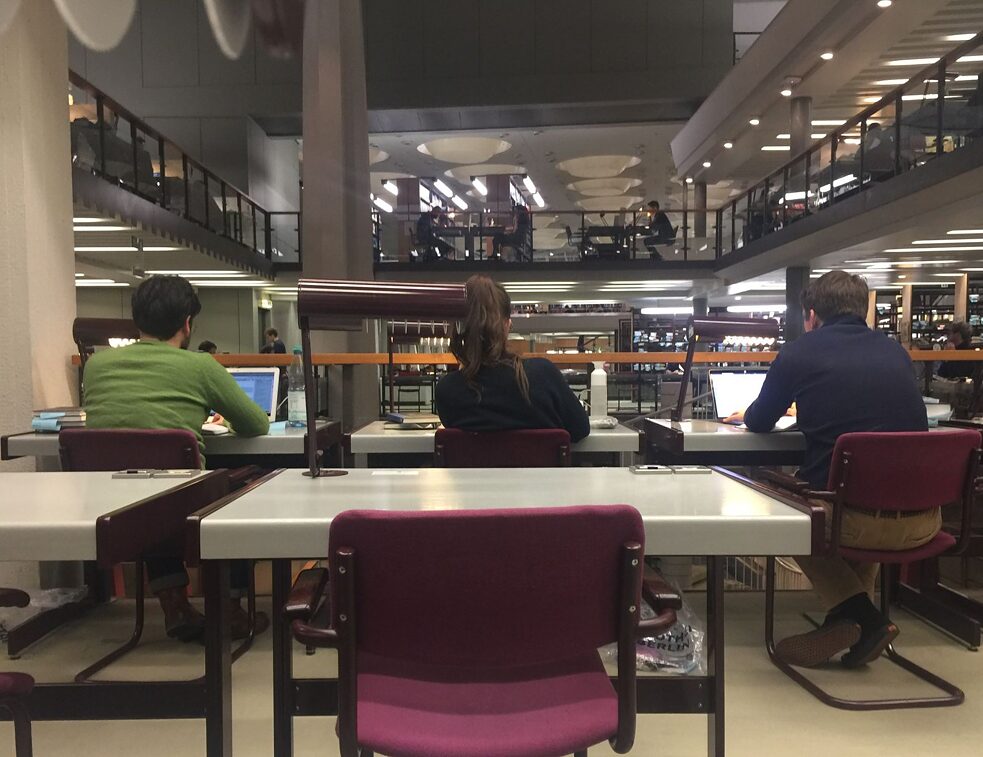 this must be the place

When I first started coming here, I was working on my first book. I didn’t know what I was doing, but I told myself that showing up to the library most days and getting words on the page was a good start. So I went, I wrote.

That was the spring of 2012, when the attractions of Berlin included its dim and smoky bars, the ability to stay out long past sunrise, nights that turned into days, a general blurring of the normal dimensions of life. Coming to the Stabi was how I learnt one of the essential rules of writing: you have to show up and write.

Eight years on, I am home again. This time, I’m making edits to a short story collection, the fruit of a feverish two years spent largely in another library, in England. My life and my writing have changed, and so has the city. But the process is still the same. I come most days, just as I did before. I find a desk somewhere in this vast place. I sit down, equipped with a day’s worth of optimism and energy, and see how long they last.

Vijay Khurana grew up in Sydney and was a presenter on ABC's triple j radio before moving to Berlin in 2012. His first book, Regal Beagle, a children’s chapter book, was published in 2014. He has an MFA in Creative Writing from the University of East Anglia and is currently completing a collection of short stories. Read more of his writing at www.vijaykhurana.com.