The Berlin-Brandenburg border near the suburb of Rudow | © Brianna Summers

Desperate to escape my confined Corona-existence in Berlin, I have begun exploring beyond the city limits. Brandenburg cops a fair bit of flak for being boring and lifeless, but it’s actually full of attractive destinations for those in need of a green getaway.

Brandenburg is a running gag in Berlin. Germany’s fifth largest state is frequently equated with a lack of culture and opportunities. It’s viewed as a rural backwater with a dwindling and aging population. Yet 2.5 million Germans live there, so surely there’s more to Brandenburg’s appeal than affordable housing, asparagus and fresh air?

I was first introduced to Brandenburg’s supposed flaws through cabaret artist Rainald Grebe’s stirring song about the spurned state. His soaring lyrics highlight Brandenburg’s physical and cultural desolation and includes zingers such as “Bring food with you, we’re travelling to Brandenburg”, or “I feel so empty today, I feel Brandenburg”. After I moved to Berlin at the age of 22, this stereotype was reinforced by the offhand remarks I heard about our apparently stultifying neighbours.

The donut of federal states


Back then, I naïvely visualised Brandenburg as a kind of donut surrounding the city-state of Berlin. I imagined that Berlin’s outskirts viewed themselves as distinct from the urban inner city and had banded together to form their own state. My donut theory not only underestimated the immense size of Brandenburg, but was also informed by my experience of growing up in Melbourne. My hometown subscribes to the “suburban sprawl emanating from a central node” model, which taught me that the closer you were to the node, the better.  As a teenager living about 12 km from the CBD, the outer suburbs of Greater Melbourne seemed both boring and irrelevant, and might as well have been a separate political entity (or planet).

Rather than a donut, I now realise that Brandenburg is a massive Danish pastry with a small glob of jam in the middle (Berlin). While I have certainly ventured into or through Brandenburg many times before, it wasn’t until the coronavirus crisis that I began to really appreciate my proximity to this Great Green Beyond.

For three months I’ve basically been staring at the same four walls. To prevent the onset of cabin fever, I’ve been walking laps around the neighbourhood and taking meaningless bike rides to nowhere and back. Exciting as that may sound, at some point my husband and I decided to extend our hamster wheel to encompass the forests and lakes of our neighbour state. 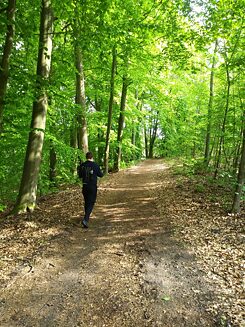 
Like most Berliners, we don’t own a car. Keen to avoid the exhaled droplets aboard the regional train network, we located some nearby wheels on a car sharing app and set about disinfecting the door handles and interior controls with alcohol wipes. With our destination punched into the satnav, we were away, buoyed by the intoxicating fumes industrial-grade disinfectant.

We headed to Liepnitzsee, a famously clean swimming lake about an hour’s drive north of Berlin. Too cold for a dip, we instead circumnavigated the lake along its 9 km walking track. A handful of fishermen had set themselves up at very responsible intervals along the shoreline and tiny brown mice scuttled through the undergrowth as we tramped past. Families were out enjoying the sunshine and I had to spare a thought for those around the world for whom such an excursion is currently out of the question.


The following week we opted for pedal power, cycling south through the bowels of Neukölln until we crossed the interstate border. Somewhere near Rudow we saw flashes of green past the buildings on our left – a park of some kind? Suddenly we were offroading through a massive field flanked by Cold War-era apartment blocks. From there, we stumbled across the Berlin Wall bike path which follows the route of the former “anti-capitalist protection wall”. I’d heard that this well-known path has been choked by an endless peloton of exercising families since the pandemic started, yet, mercifully, we had somehow avoided rush hour. 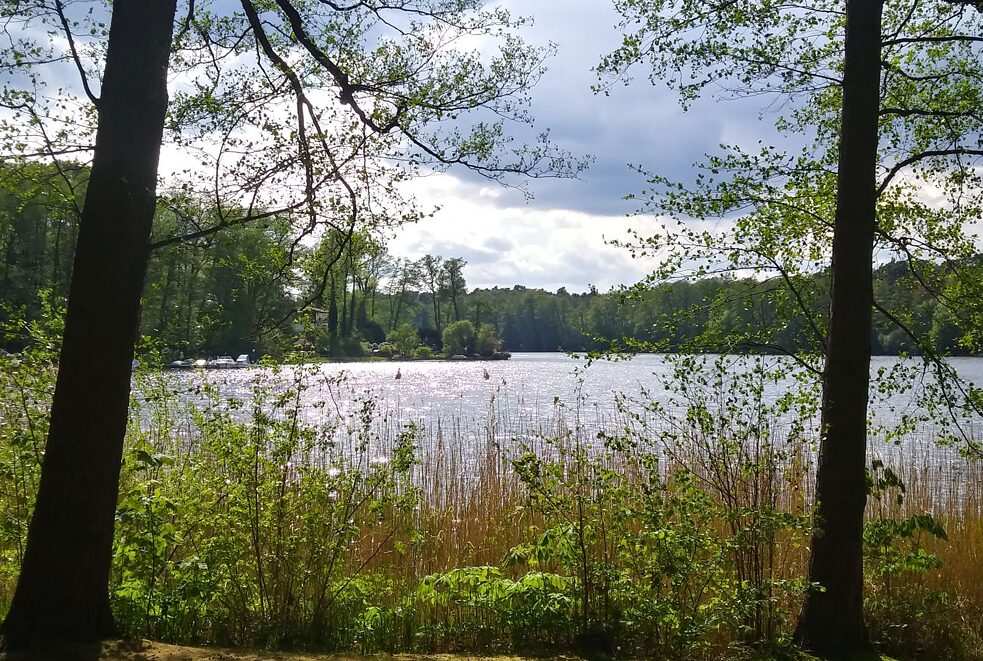 It may not be Berlin, but Brandenburg has its own kind of razzle-dazzle | © Brianna Summers Branching off from the trail, we cycled past fields of white asparagus and through clouds of dust kicked up by group on horseback. I couldn’t quite believe that this pastoral idyll was only about an hour’s ride from my doorstep. I thought about Melbourne. Was there anywhere comparable that a keen cyclist could reach from the inner suburbs in an hour?

We’ve only scratched the surface of what Brandenburg has to offer. The state has 15 large protected areas including the Spreewald Biosphere Reserve (which I wrote about last summer), the Märkische Schweiz Nature Park and the Lower Oder Valley National Park. Add to this countless bike trails such as the Havelradweg, Tour Brandenburg and the Berlin-Copenhagen cycling route.

Now that Brandenburg has cautiously reopened its hotels, guesthouses and campsites, we’re hoping to spend some more time exploring this “boring” part of the world.