Bicultural Urbanite Brianna
Are you a word nerd?

Learning a foreign language unlocks other cultures, facilitates previously impossible relationships – and doubles your vocabulary. If you’re a word nerd like me, the opportunity to play around with language is bilingualism’s greatest appeal. I’ve put together some of my favourite English/German loanwords, malapropisms and mashups.

With two languages under your belt, you’ll have twice as many words at your disposal to express your feelings and ideas. The adopted language will likely also introduce you to concepts that had never crossed your mind, or which you have always sensed but were never able to put into words.

As an Australian living in Germany, my favourite conversational partners are native English speakers who know German and Germans who speak English. These encounters reveal the full benefits of a double-barrelled vocabulary, as they enable me to use the terms and expressions that I feel are most suitable or efficient, regardless of their origin.

The resulting conversations are a mashup, with mutant utterances like “Do you have Feierabend yet?”, “Nah I can’t on Friday, I’m already verabredet” or “Wir gehen zu einer Comedy-Show”. Feierabend refers to a person’s free time after they have clocked off work, which isn’t really an established concept in English. verabredet is a short and snappy way to say you have made plans to meet with somebody, without having to go into specifics. And, well, there isn’t really a satisfying German way to describe an evening of entertainment featuring stand-up comedians.

While there are time-saving words in both languages, German has many terms for things that English speakers would need a full sentence to describe. There’s definitely some truth in the running joke that, no matter how unlikely or bizarre an action or idea might be, the Germans probably have a word to describe it. That’s partly because it’s easy to build new compound nouns that deliver pinpoint accuracy (although some can be quite unwieldly – I’m looking at you, Mietschuldenfreiheitsbescheinigung). 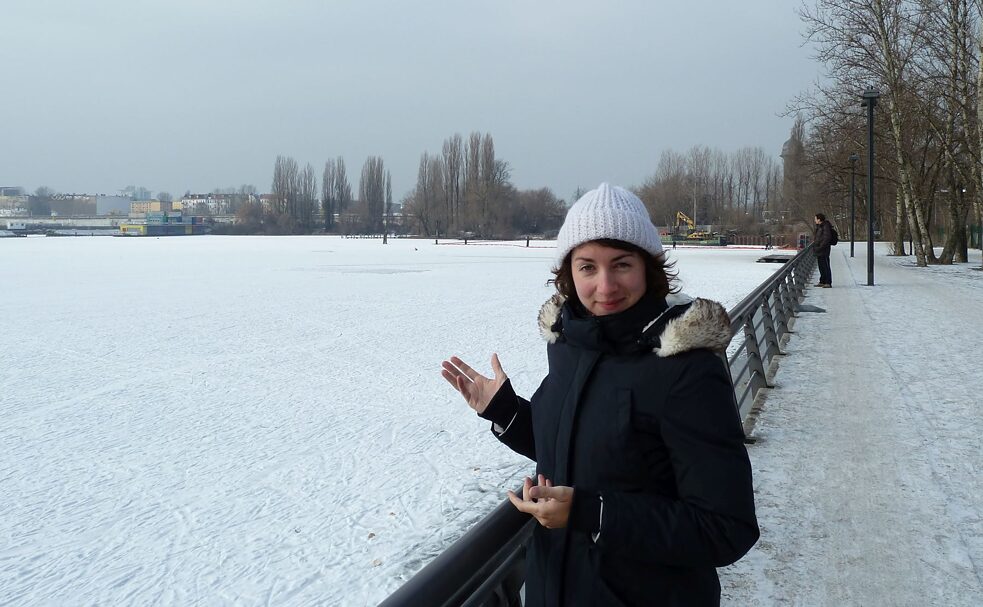 
One of my favourite expressions is komm erstmal an. When you arrive somewhere, you might be flustered or tired from your journey, carrying lots of bags, or wearing several layers of winter clothes. The person receiving you might say some variation of komm erstmal an (literally: arrive first). They’re saying please take your time to get yourself sorted, put those bags down, get your coat and boots off and go to the toilet if you need to. It acknowledges that the person arriving might first need a moment to catch their breath or blow their nose before having to field questions or be launched into a deep and meaningful conversation.

I also enjoy using von mir aus, which is more efficient than the bulky “from my perspective” or “as far as I’m concerned” – plus it also doubles as “fine by me” or “if you like”.

Or if someone cracks a Dad joke, I prefer to call them a Scherzkeks (literally: joke biscuit) rather than a silly sausage. While those particular examples haven’t yet caught on in the Anglosphere, there are a great many German words that have permanently set up camp in the English dictionary. If you’ve ever dropped your kids off at the kindergarten, waltzed into the delikatessen to pick up some bratwurst, or packed your rather kitsch rucksack with carabiners and other abseiling equipment, then you’re basically 5% fluent in German already. 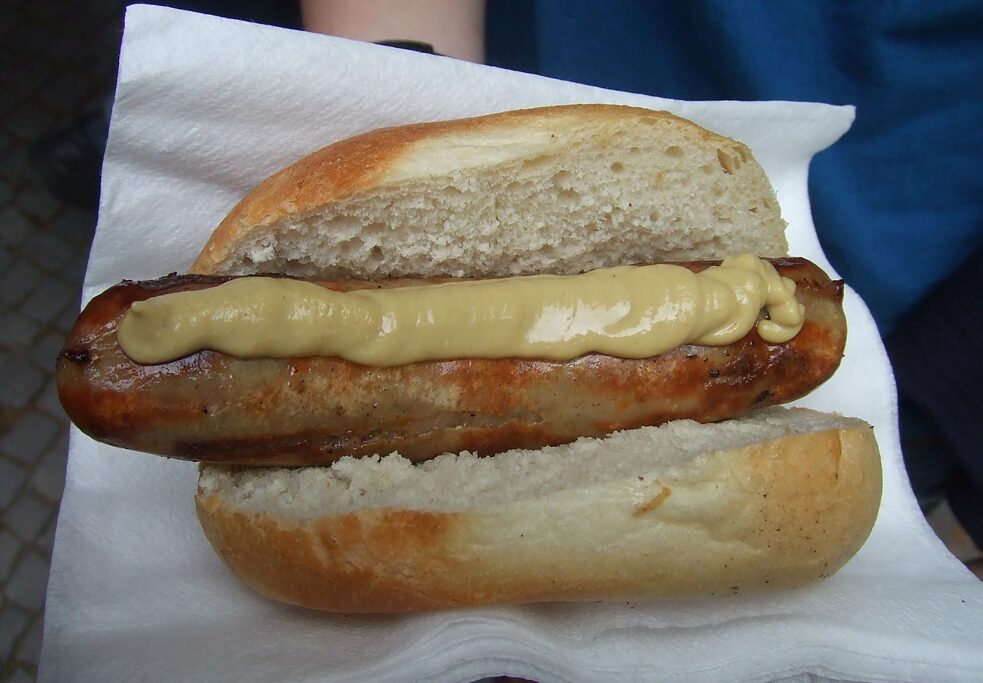 Too much: Using English expressions in German


This pick ‘n’ mix approach goes both ways of course, so when I’m chatting in German I’ll occasionally plonk in an English word if the German one doesn’t immediately spring to mind. The Germans are also fond of plonking in English words, even when there are German equivalents available. Borrowing between the two languages is certainly nothing new, yet I suspect that the internet has driven a recent uptick in Anglicisms. Some examples I’ve overheard include: “Er ist schon strange” (he is pretty strange), “die Hochzeit-Deko war ein bisschen too much” (the wedding decorations were a bit too much), “die Story war wirklich far out” (the story was really far out), and “das Essen hat mir richtig Power gegeben!” (the meal really gave me power!).

This phenomenon is pejoratively referred to as Denglish among German language purists. It’s particularly evident in offices around Germany, where English tech terms and corporate jargon are copied and pasted, while verbs are wrestled into the German grammatical structure. Files are gedownloadet, people are geinterviewt and attend Meetings, where they multitasken and, in the Worst-Case-Szenario, their computers crashen and there are no opportunities for Learnings. Then, after work, they can relaxen with their friends and do some shoppen, which makes them very Happy.

I imagine there was also plenty of purist pushback in the days when French was the language de rigueur that other cultures were borrowing from. German has certainly soaked up its fair share of French words over the centuries, such as Chance (chance), Etage (floor), Abonnemont (subscription), Dusche (shower), amüsant (amusing), Jalousie (Venetian blinds) or Portmonnaie (wallet). 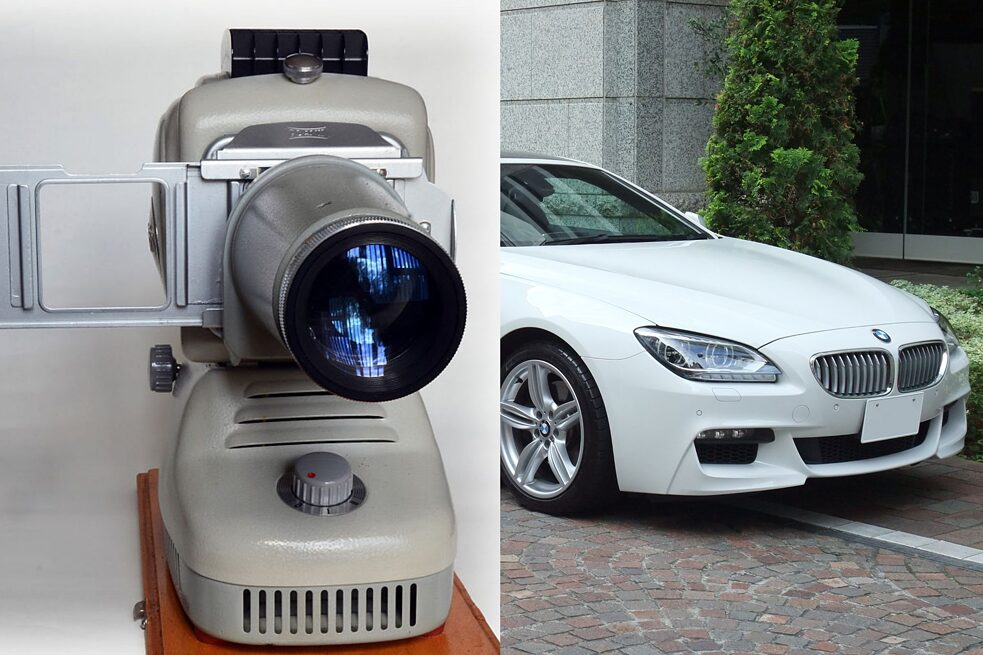 
The Denglish phenomenon has given rise to a variety of false friends: words that are used in both languages yet mean different things. Classics in this genre include Handy (mobile phone), Bodybag (messenger bag), Beamer (projector) and Slip (knickers). It took me a while to figure out the way Germans use the Anglicised verb checken. Confusingly, while it can sometimes mean “to check”, it is more often used as “to notice” or “to understand”. So, for instance, if someone says “Ich habe ihre neue Frisur nicht gecheckt” (literally: I didn’t check her new haircut), it has nothing to do with any kind of Nit Nurse-style inspection.

Another truly weird example is Sonnyboy, which has nothing to do with Sonny and Cher, nor is it related to the Sunnyboy icy pole formerly sold in Australian milk bars and tuckshops. I first encountered the term while living in a shareflat in Prenzlauer Berg. We were doing a Casting to find a new flatmate (another great example) and interviewed a charming young blond man with a dazzling smile who oozed confidence. After he left, one of my existing flatmates said disparagingly “puh, I dunno, he was a bit of a Sonnyboy”.

While Denglish expressions occasionally get up my nose, I generally love this exchange – no matter how ridiculous some of the mashups may be. Languages will always grow and mutate, whether they are spoken, printed or typed on Twitter.