Bicultural Urbanite Brianna
Bored in Berlin? This might help

Berliners have been stuck at home since November. As the lockdown drags on, weary locals are on the lookout for anything that will break up the monotony of their own four walls. I’ve put together a roundup of activities and distractions that are still possible in the German capital.

Groundhog Day is playing out all over Europe, except without Bill Murray to lighten the mood. The inevitable second wave of the pandemic rolled in as winter descended and we were forced to hunker down once again. Schools were closed, curfews imposed and social contact reduced to a bare minimum.

Fortunately for me, Berlin’s restrictions are relatively mild—particularly when I consider what my family in Melbourne went through last year. Still, the seemingly endless darkness and freezing temperatures of a northern European winter pose additional limits on what can be done to stave off cabin fever. Eat, work, sleep, repeat gets old pretty fast, especially if you’re working from home. But what else is there to do? More than you’d expect, as it turns out.


Just like Lockdown I: OMG A Virus, the sequel features a ridiculous amount of walking. What was previously a Sunday afternoon tradition typically combined with coffee and cake has become a daily obsession among young and old. Inner-city parks are obvious walking hotspots and get quite crowded on the weekends. Graveyards, previously an insider tip, have also become overrun.

If you’re fed up with parks, graveyards and frogmarching yourself around your own neighbourhood, here are some ways to spice up your daily ramble: 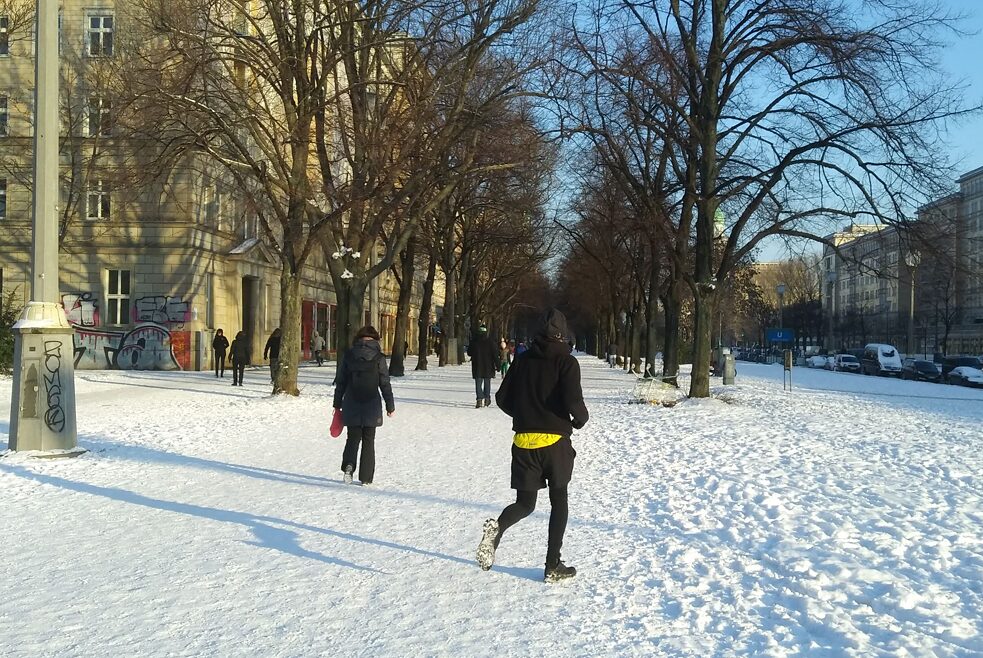 Walkers and a jogger on Karl-Marx-Allee during the brief snowfall in February | © Brianna Summers Fitness studios and sports clubs remain closed, but there are still some ways to get your blood pumping. If you can handle the cold, exercising outdoors with one person from another household is still permitted. You could shoot hoops at an outdoor half-court, go rollerblading with a mate at Tempelhofer Park, or chase your toddler through one of the city’s playgrounds. Jogging has waned in popularity, although hardcore runners in high-tech activewear can still be seen braving the chilly conditions. (If you’re from Australia or just hate the cold, there are also loads of apps and YouTube channels for yoga, aerobics and strength training that you can do from the comfort of your prison cell, I mean home.)

Online events and exhibitions based in Berlin


The cultural venues forced shut by Covid-19 have spent the past year busily digitising their offerings. Thanks to 3D photography, you can visit museums and art exhibitions online and even do virtual tours. Concerts are streamed live from the Berliner Philharmoniker, the Comedy Café hosts interactive shows on YouTube, while the Berliner Ensemble theatre company has put together a range of on demand video content. Sure, it’s not the same as the real deal, but it beats scrolling through Netflix and directly benefits Berlin’s cultural industries.

Berlin.de has a great rundown of the livestreams and online events being broadcast from around the city. There’s even a new streaming platform called Dringeblieben designed to support the cultural scenes in cities around Germany. More than 1,000 artists, musicians and event spaces are already using it to stream their concerts, theatre productions, DJ sets, panel discussions and more. 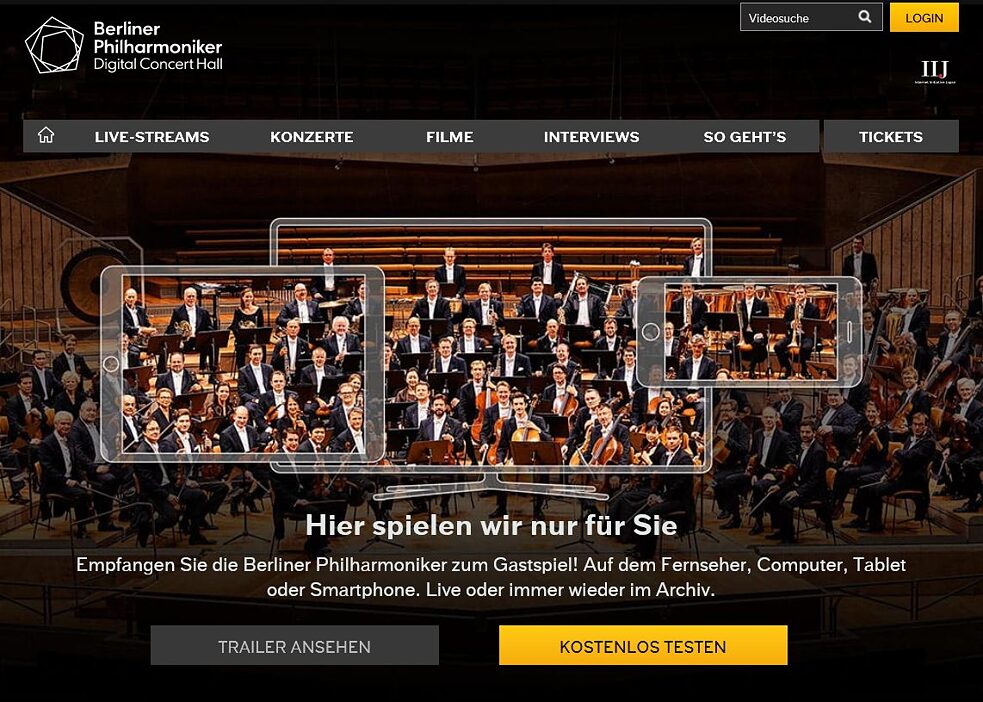 Museums and galleries: Music venues: Theatres and comedy:
So, next time the groundhog rears its furry head, it might be worth strolling in an unfamiliar part of town or seeking out some homegrown entertainment instead of heading straight to ZDF, Amazon Prime or ABC iView. These are the kind of welcome distractions that will get us through the remainder of Lockdown 2: Vaccine Horizon. Hang in there.