Artist James Reka is a Melberliner. After cutting his teeth in Melbourne’s fledgling street art scene, he moved to the German capital to expand his horizons. I spoke to Reka about his European home, the paradoxical Urban Nation street art museum and his upcoming solo exhibition at Backwoods Gallery in Collingwood.

You might know James Reka as Reka One. The Australian artist was involved in Melbourne’s early street art scene as a member of the Everfresh crew and his talent was nurtured by Backwoods Gallery in the backstreets of Collingwood. In 2012, Reka began to seek out greener pastures, shopping around for a European base that would enable him to take the next step in his career. Amsterdam and Copenhagen ultimately lost out to Berlin and he moved to the German capital in early 2013.

When I spoke to him via Skype, Reka was in Malta where he is doing an artist’s residency. This ability to hop around Europe was one of the main reasons he decided to leave Australia. He loves travelling for work: “Travel is, for me, the best inspiration. Walking down the street in a different country and culture, I can honestly say that I get more inspiration from that than looking at artwork.”


Moving to Europe brought him closer to the big-name galleries and festivals that had been courting him from afar. “By relocating, I knew I would start getting invited to a lot of projects and mural festivals that Europe is well known for, especially in summer. My aim at that time was to start painting these largescale murals that I’m now quite well-known for,” he explains. His transition from the suburbs of Melbourne to the district of Neukölln was easy enough, as English is the lingua franca of inner-city Berlin and there is already a large number of Melburnians living there. (Neukölln in particular should probably be renamed Fitzkölln or Neucollingwood.) 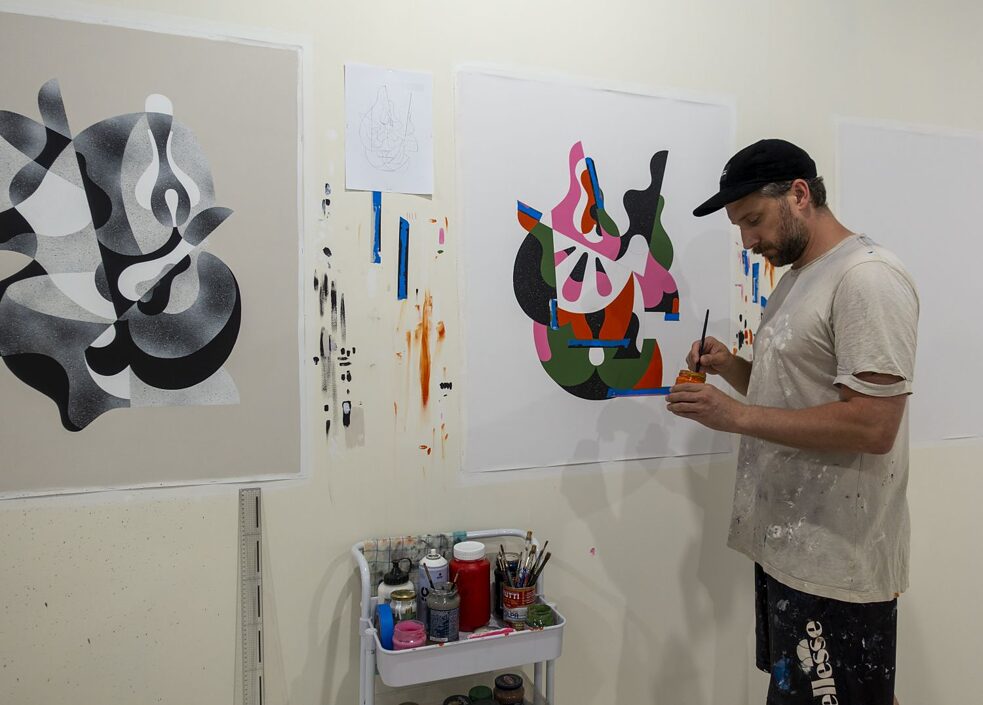 The artist at work | © James Reka I asked Reka how the Berlin street art scene compares to that of his hometown. He is convinced that Melbourne is one of the strongest cities in the world for street art and urban murals, and disputes Berlin’s reputation as a street art mecca. “[Berlin] has a really strong graffiti scene and, you know, nothing pretty stays,” he laments. His murals are quickly painted over with new pieces or tagged into oblivion. This explains why a lot of Berlin’s bigger, long-lasting murals start one storey up or higher—nothing lasts long at ground level. While Reka accepts that this kind of graffiti is also part of the scene (and it’s his artistic background, too), he feels that it’s one of the elements holding Berlin back.


Reka’s work was shown at the opening exhibition of Urban Nation in 2017, Berlin’s first and only museum dedicated to street art. The museum refers to itself as a repository of ‘urban contemporary art’, presumably to avoid oxymoronic title ‘street art gallery’. He was initially excited to be involved, as he saw it as an opportunity to get paid to paint murals in Berlin. Painting murals isn’t cheap, after all: It’s difficult for artists to fund largescale artworks themselves. 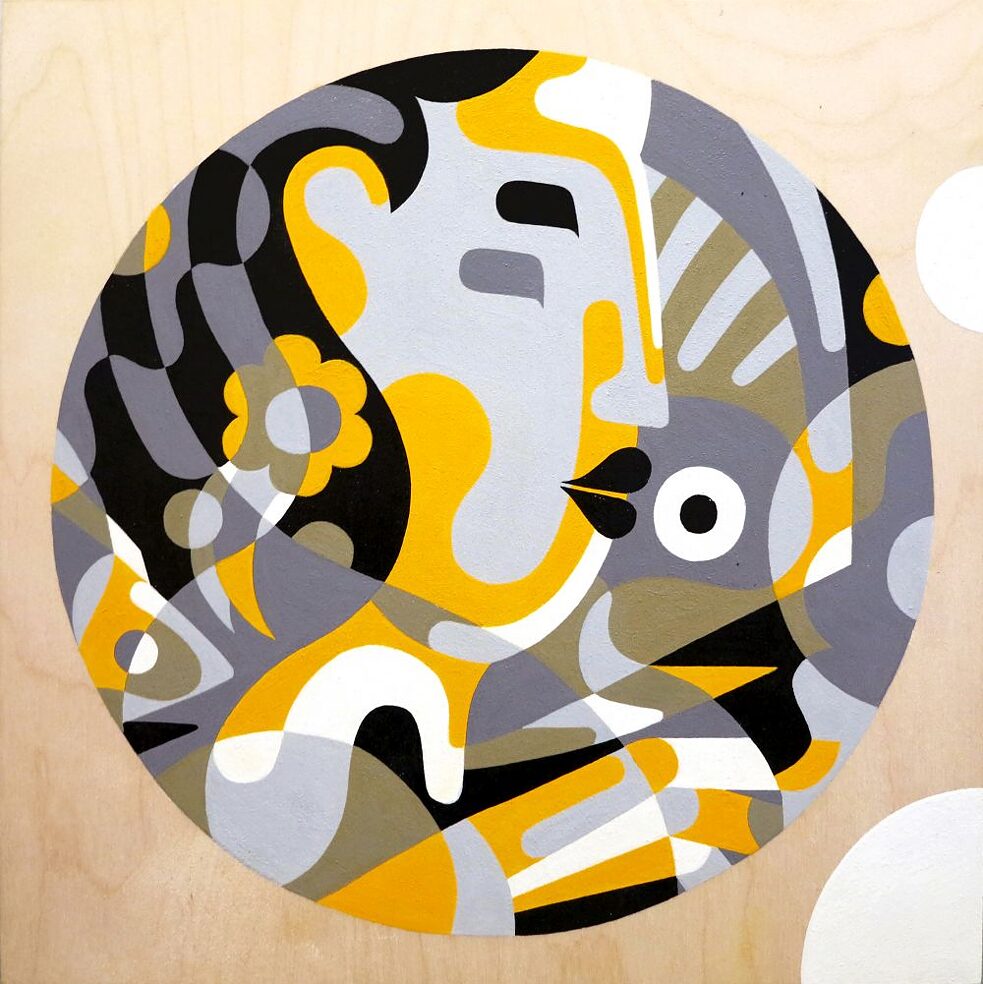 Artwork from Urban Nation’s opening exhibition | © James Reka
Reka has since drifted away from the institution. He tells me that Urban Nation—which is in Schöneberg—is owned by property developers who “own most of Schöneberg” and wanted to “inject culture in the area to aid gentrification and [increase] property values”. Reka explains that this sort of thing happens all around the world, citing a street art festival organised by the owners of the Miami/Basel Art Fair, who are also property developers with a significant stake in Miami real estate.

“The locals don’t like [Urban Nation] because they see through the façade, they know exactly what the agenda is. And, unfortunately, Urban Nation doesn’t really support the local scene either,” he adds. Reka says the museum tends to fly in “international A-list superstars”, which, although inspiring, is done at the expense of a healthy balance between global and local artworks.


Reka’s upcoming solo show will be held in September at Melbourne’s Backwoods Gallery. He’s excited to be heading home for the first time in three years, despite the prospect of a two-week stint in hotel quarantine. The show’s title is Forbidden Fruit and the new works are imbued with his most recent experiences in Malta, although they overlap thematically with classic Berlin motifs such as temptation, frivolity and debauchery.

The exhibition will create a kind of Garden of Eden by fusing fruit and natural shapes with the human form. There’s a strong emphasis on still life paintings as well as sculptures such as vases and fruit bowls. Collectors interested in snapping up one of these pieces should get in quick.

“I sell out my show every time I’m in Melbourne,” Reka beams. He knows that his paintings are the hot-ticket items, yet he always tries to expand his repertoire with every new exhibition by delving into new mediums such as sculpture, video and installations. 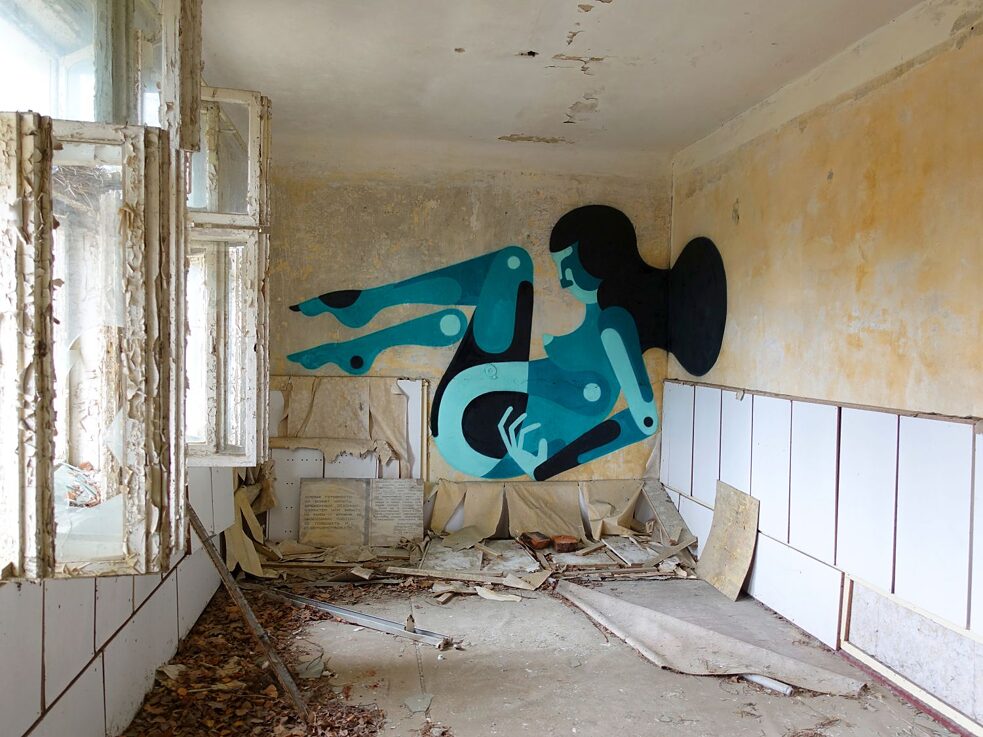 A James Reka mural in an abandoned building | © James Reka


So when will Berliners get their next chance to witness Reka’s handiwork? “Funnily enough, I haven’t actually done a [solo] exhibition in Berlin,” he admits. Next year will be his 10th year in Berlin and he’s planning to release a retrospective book about his frequent trips to the city’s abandoned spaces. “One of my favourite things to do in Berlin is to explore these abandoned Soviet buildings in East Berlin and eastern Germany,” he says. Reka paints murals in these forgotten spaces and always takes big blue Ikea bags with him, so that he can collect discarded objects that can later be turned into artworks. The book will showcase photographs of his excursions to well-known sites listed on abandonedberlin.com, as well as more secluded and untouched locations that he discovered with the help of Google Earth. Reka is not the first person to fall in love with the ghostly relics of Berlin’s past—and surely not the last.