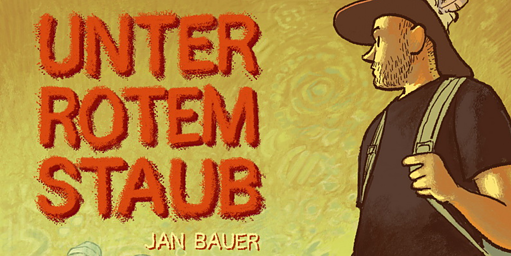 Jan Bauer is an illustrator and graphic novelist from Hamburg, Germany. His book Unter Rotem Staub (Under Red Dust) is a minute exploration of the life of the Warlpiri people in the remote community of Yuendumu over the past ten years. Bauer explains the basics of their complex culture which evolves around the concept of Jukurrpa, or Dreaming. Through personal experiences on his extensive visits to the community he patches the bigger picture of a story that reaches from the precolonial past, the massacres of the frontier wars, to present challenges and peculiarities of community life.

His new book follows his first graphic novel Der Salzige Fluss (The Salty River, 2015), an autobiographical account of his walk on the Larapinta Trail from Alice Springs to Yuendumu, which has been published in four different languages. The English one has been realised with support from the Goethe-Institut Australia.

© Jan Bauer
For the reading at the Goethe-Institut, Jan Bauer comes straight from the Tanami desert, where he showed Unter Rotem Staub to the Warlpiri people prior to its release in Germany.

Being thrilled to welcome Jan Bauer back in Australia, the Goethe-Institut Melbourne organizes a pre-publication talk at which Jan gives an exclusive look into the work-in-progress of publishing his latest graphic novel.

The event takes place at the Goethe-Institut in Melbourne on 15th November 2022 at 6pm, refreshments will be provided! We look forward to seeing you there!

GET YOUR TICKETS HERE! 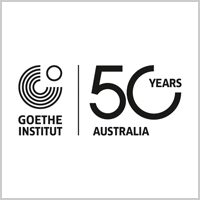