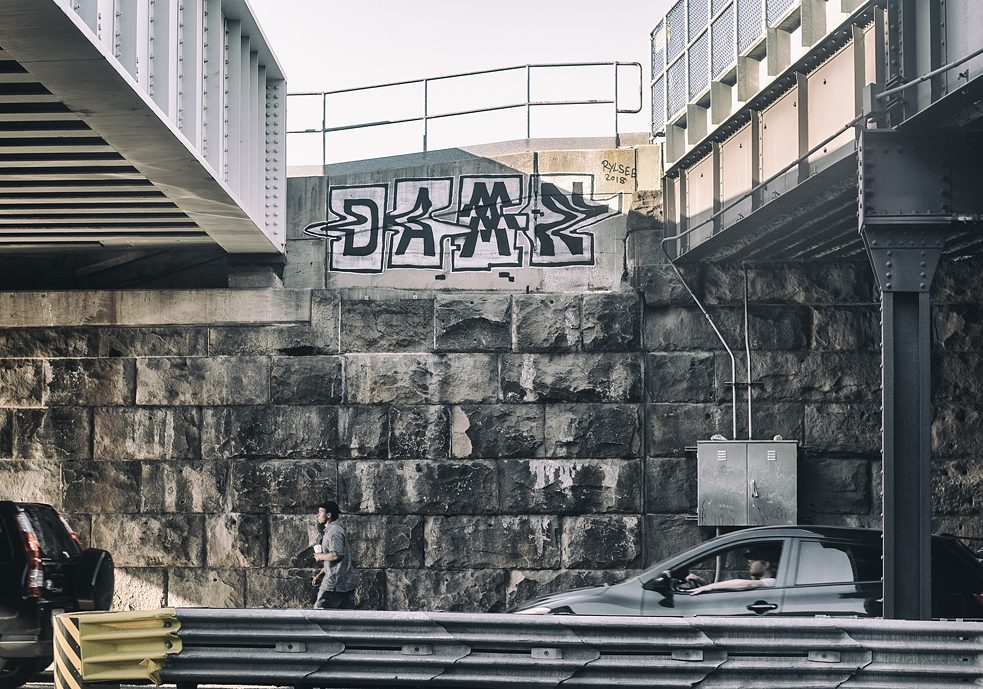 The artist Cyril Vouilloz, better known under the name Rylsee, is originally from Geneva, Switzerland, but has been based in Berlin for the past six years. He says one of the appeals of Berlin is how accepting and supportive it is of professional artists like him. As a member of the Berlin art venue Urban Spree, Rylsee’s works often incorporate innovative lettering and witty messages. He describes himself as "Too shy to rap" – this shyness led to other forms of art: he specialized in murals and typography and his passion are hand-drawn typography compositions. Rylsee finds inspiration in the city, in street signs and in his everyday life. With his brother Yann Vouilloz he created the streetwear label SNEEER Clothing two years ago and also published his first book "How to play with Letters" in 2017. His art has already been presented in London, Brussels, Tel-Aviv, São Paulo, Vancouver and the USA, Switzerland and France. For the 2018 POW! WOW! DC festival in Washington DC, he created two murals.

Unique messages represented by innovative lettering: This is one of Rylsee's trademarks. His mural Seizure was created as part of the POW! WOW! DC Festival 2018. Seizure's wavy lettering can be seen on Third Street NE south of Florida Avenue. The design is inspired by 3D technology, and uses special visual effects, such as optical illusions. Damn, another mural from this year, appeared in the streets outside of the festival.