How does one find one's way around the rules of the German language, where do new words come from, and what are the most important changes in the use of the language - for example, due to digitalisation and a higher sensitivity due to the gender issue? These and other exciting topics are the focus of our column about the German language. 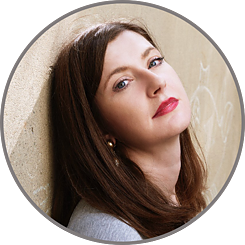 Olga Grjasnowa | © Valeria Mitelman Olga Grjasnowa was born in 1984 in Baku, Azerbaijan, and is one of Germany’s most admired young authors. She spent many years living in Poland, Russia, Israel, and Turkey, and her celebrated debut novel All Russians Love Birch Trees was awarded the Klaus-Michael Kühne Prize and the Anna Seghers Prize. Her latest publications are Die Macht der Mehrsprachigkeit and Der verlorene Sohn. All her novels have been adapted for the stage and translated into several languages. Olga Grjasnowa lives with her family in Berlin.

In her final column, Olga Grjasnowa zeroes in on two words that hold a special place in the German language: „Heimat“, an elusive concept that can be hard to get your head around, and “Wurzeln”, which at least seems quite tangible. Both are heavily fraught with political and emotional connotations.

Not all politicians are big on gender-neutral language. Olga Grjasnowa pokes fun at these pockets of resistance by putting forth some truly radical proposals for reforming the German language..

Culture wars are sometimes waged over language – as in the current debate over gender-neutral language. But even dialects are liable to cause some pitched battles.

Word! The Language Column
It's all in the mix: Language contact and change

Languages are alive. This is obvious from the fact that words and phrases from one language are repeatedly adopted in another – usually as a means of enriching the range of expression.

Bureaucratic or even threatening: When German authorities formulate texts, they often seem intimidating to the people addressed.

What does it mean when Germans talk about their “mother tongue”? – Olga Grjasnowa has had very different experiences and gives us hints for rethinking.

Sharon Dodua Otoo (*1972 in London) is an author and a political activist. 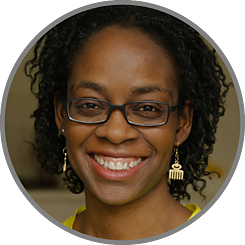 Sharon Dodua Otoo | © Tahir Bella She writes prose and essays and is editor of the English-language book series “Witnessed” (edition assemblage). In 2017 her first novellas “the things i am thinking while smiling politely“ and “Synchronicity” were published in German translation by S. Fischer Verlag. Otoo won the Ingeborg Bachmann Prize in 2016 with the text “Herr Gröttrup setzt sich hin”. In 2020 her inaugural speech at the Festival of German Language Literature “Dürfen Schwarze Blumen Malen?” was published by Verlag Heyn. Her first novel in German “Adas Raum” will be published in February 2021 by S. Fischer Verlag. Otoo is politically active with the Initiative Schwarze Menschen in Deutschland e. V. and Phoenix e. V. She lives with her family in Berlin.

​In terms of their actual extent and distribution in the sentence structure, they are the very smallest units: the punctuation marks. But even a tiny comma can completely change the meaning of a sentence.

They are inconspicuous and usually very short – but they can have a great effect: In the German language, prefixes sometimes succeed in completely changing the meaning of a word. If you read carefully, you can make surprising discoveries.

“From”, “at”, “since” or “around” – prepositions like these help us to locate things. They point us in the right direction – in time or place, for example. But it is not always as simple as it seems.

What is the relationship of German pronouns to gender-equal language? Sharon Dodua Otoo looks at the problem from the perspective of several languages – and has a suggestion.

What is the special perfidy of nouns? They can deceive us by showing us a state of reality that is perhaps quite different. And in doing so, they can even cause great harm.

Our new columnist Sharon Dodua Otoo will devote her contributions to grammar – as an ode to language. In her first contribution, she looks at verbs and their emancipatory effect. 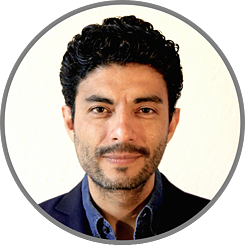 Hernán D. Caro | © Jana Burbach Hernán D. Caro, born 1979 in Bogotá, Colombia, has been living in Germany for about twenty years. He holds a doctorate in philosophy from the Humboldt University of Berlin and is a freelance contributor to the Frankfurter Allgemeine Sonntagszeitung (FAZ) and freelance editor of the art magazine Contemporary and América Latina (C&AL) and the Goethe-Institut’s Humboldt magazine in South America. He was nominated for a Theodor Wolff Prize for German journalism in 2020 for his essay “Deutschland – Ein  Annäherungsversuch".

Word! The Language Column
On Walking and Talking

Hernán D. Caro isn’t really into strolling around the park or along tree-lined avenues. But he has taken a shine to walking these days as a remedy against lockdown torpor, as a way to rediscover his adopted city – and because he has the most inspiring peripatetic conversations.

Word! The Language Column
A Courtship Dance with Words

Language is, first and foremost, an exchange of information. But it can also be used for purposes of deception or disguise – or for showing off. The latter, writes Hernán D. Caro, calls to mind birds displaying their colourful plumage for effect.

Our columnist often finds himself thinking of his late beloved grandmother and her folksy sayings. She was a woman who practised what she preached. Her wise words of advice often come to mind, especially in hard times.

Learning how to write in a new language can prove a long and rocky road – and ultimately a liberating experience. Hernán D. Caro, who has chosen to write in German, agrees on both counts. And he treasures his second language like a second skin.

When Hernán D. Caro talks with friends of his in Germany, he tends to exaggerate every now and then. His friends then usually look perplexed. This is reason enough for the author to think about the different ways people communicate in different languages, which sometimes call for a pinch of salt.

Word! The Language Column
On “Wirklichkeit”: Words that breathe life into reality

How much passion and sensuality lie in the German language? Not much, you’re thinking? Hernán D. Caro, our new columnist, passionately disagrees! 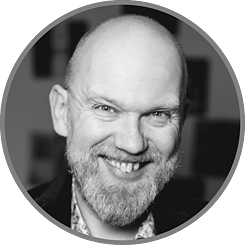 Thomas Böhm | privat Thomas Böhm, born 1968 in Oberhausen in the Rhineland, is a mediator for literature and cultural journalist. He has curated the guest appearances of Iceland (2011), Switzerland (2014) and Norway (2019) at the book fairs in Frankfurt and Leipzig. His most recent publications are the radio plays for the television series “Babylon Berlin” and - together with Carsten Pfeiffer - “Die Wunderkammer der deutschen Sprache” (i.e., The cabinet of curiosities of the German language).

How come we speak German the way we do today? In this final piece for his column on the German language, Thomas Böhm has some surprising news for us about modern-day “Hochdeutsch”.

Word! The Language Column
Singing along without knowing the words

What are they actually singing about? Thomas Böhm admits that he doesn’t always get the words to pop songs. When looks them up on the Internet, he’s sometimes unpleasantly surprised. But sometimes he’s delighted to discover the poetry of pop songs.

Some words in other languages sound just like German words but don’t mean the same thing. Thomas Böhm takes a close look at these “false friends” … and finds that they’re actually part of the family.

Word! The Language Column
English is German in Spanish

The language of children is often poetic and philosophical. What can we learn from it as adults?

Word! The Language Column
Invitation to a World Talk

How do you strike up a mutually stimulating conversation with a stranger? Thomas Böhm is sometimes at a loss on that one. But he has an idea: just tell each other your favourite words. That’s liable to open up whole worlds – and even some scrumptious cake recipes!

Word! The Language Column
The Magic of Language

Magic moments in fairy tales: our new columnist Thomas Böhm is still enchanted when he hears the words “Es war einmal…” (“Once upon a time...”). He knows why we love the same stock phrases in every language. And he explains why learning the language of doves can be very worthwhile. 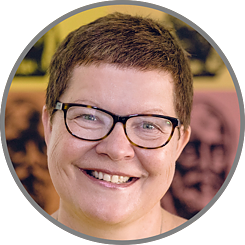 Kathrin Kunkel-Razum | privat Kathrin Kunkel-Razum (born 1959 in Potsdam) studied German and history in Leipzig, where she did her PhD in German linguistics. She has been on Duden’s editorial staff since 1997 and editor-in-chief since 2016, so she’s in charge of Duden’s whole range of dictionaries and grammar guides. She is also a member of the German Spelling Council, which develops spelling rules and issues recommendations for state institutions. Since 2020 she is also a member of the Goethe-Institut's advisory board for Literature and Translation Grant Programme Department. She lives in Berlin.

Word! The Language Column
Ringing in new words and ringing out some old ones

Our language is constantly expanding, so how come the “Duden” still fits into a single printed volume? Because obsolete entries are regularly deleted. In her final contribution to our column on the German language, Kathrin Kunkel-Razum discusses words that have gone by the board and why we shouldn’t completely forget them.

What’s the best way to include all gender identities when writing in German? This question has caused quite a stir in the German-speaking world.

Why do certain words stir up powerful emotions? Needless to say, Duden dictionary editor Kathrin Kunkel-Razum has other worries right now, in the throes of the coronavirus crisis. But  the word in question is about hope for the future.

Word! The Language Column
How do Foreign Words make it into the “Duden”?

English has a considerable influence on German vocabulary, confirms Kathrin Kunkel-Razum. But she still finds questions like “Are we all going to be speaking Denglish anytime soon?” exaggerated. Kathrin Kunkel-Razum on the inclusion of loanwords in the “Duden,” the premier reference work on German spelling.

Word! The Language Column
How many Words does the German Language have?

Coining new words is a cinch in German. But not every neologism belongs in a dictionary. Kathrin Kunkel-Razum talks about sifting through long word lists for the next edition of the “Rechtschreibduden”, the standard German spelling dictionary.