At first glance, Luisa I. Falcón and Tamiko Thiel are an unlikely duo. Falcón is a microbial ecologist at the National Autonomous University of Mexico (UNAM), where she researches cyanobacteria and stromatolites. Thiel is a visual artist based in Germany who uses augmented reality (AR) and apps to highlight important stories, like the effects of climate change.

These slimy underwater mats can help store carbon, but only if they can survive

Although they've never met in person, they're working together on a project called Seeing the Imperceptible: Visualizing Microbial Communities in Bacalar Stromatolites, funded by the Goethe-Institut Montreal. Their project focuses on Laguna Bacalar (known as Lake Bacalar or Bacalar Lagoon in English), a narrow coastal lagoon in Quintana Roo, Mexico.

I spoke with them about how they got interested in slimy algal mats, the impacts of ecotourism, and what all this has to do with climate change. This Q&A has been edited for length and clarity.

Gabi Serrato Marks: Tamiko, as an artist, what made you decide to make art about the environment? And how did the two of you decide to work together?

Tamiko Thiel:  I want to do these three different projects – one 360 virtual reality (VR), one interactive VR, and the app Luisa and I are talking about doing together – because I've been reading a lot of stuff on climate change since about 2015, when I realized it was going to get really bad, really soon. Now, I feel like I can recite individual parts of the climate system, but how do they all fit together? I have a science and technology background, and so if I can't figure out how this all fits together, then people with less scientific backgrounds are probably saying, "No clue."

Luisa I. Falcón: We think that joining forces with basic science and art ideas and applications can really help get to where we want to get. We want policymakers to understand that coastal environments are very important in terms of carbon sequestration and carbon storage.  In aquatic environments, that is called blue carbon. 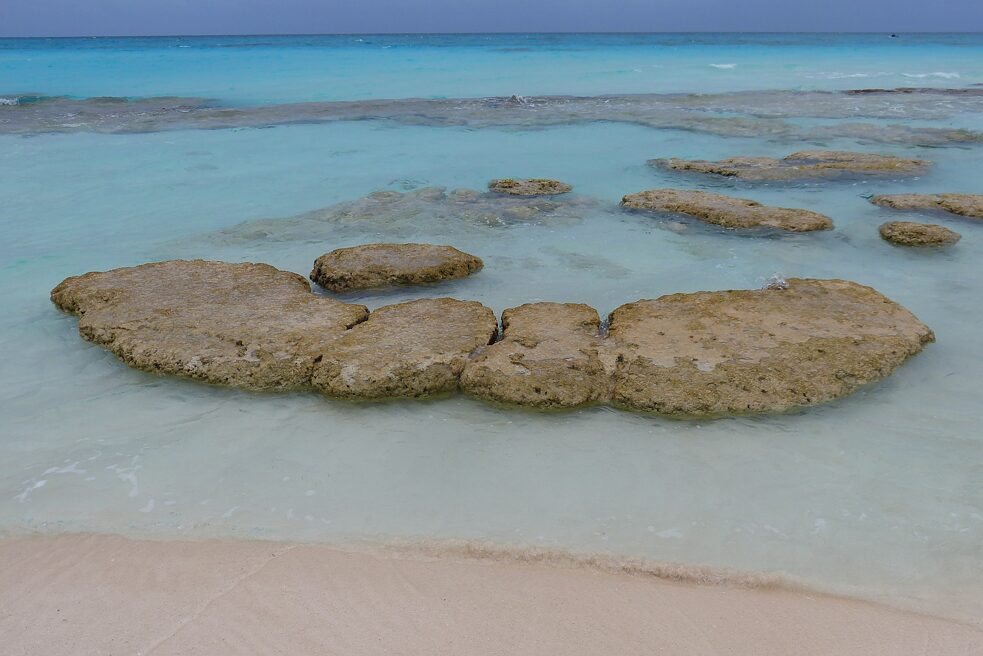 Stromatolite formation on Highborne Cay in the Exumas, The Bahamas | © Vincent Poirier - Own work, CC BY-SA 3.0
Can you tell me more about the coastal environments and stromatolites you're studying?

LF: So, basically, microbialites are the modern version of stromatolites, which are the oldest fossils. They look like little rocks, but they are living. They're composed of thousands of microbes – they're amongst the most diverse communities on the planet.  If we conserve them to keep them healthy and happy, all the microbial diversity stays within the structure. Whereas if we do things that destroy them, they break apart.

And what makes them so important?

LF: They're recycling elements, they're photosynthesizing. When there is carbon dioxide in the water and the microbes precipitate carbonate, they are actually taking carbon from CO2 and putting it into carbonate to store it. 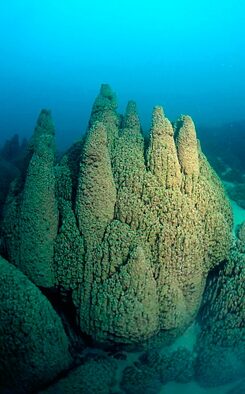 In forest environments and terrestrial environments, carbon storage is actually part of the big forest carbon offset market. So there are people that take care of forests and manage forests sustainably that can actually cash in on how much carbon they are sequestering. But that is still not happening in the aquatic environment.

We just need to push [policy] in that direction so that these aquatic ecosystems are considered carbon storage ecosystems.

What happens when the stromatolites are damaged? How do you know that biodiversity changes?

LF: The Bacalar Lagoon is 42 kilometers in length, so we sampled in 20 places along the 42 kilometers. Then we did massive sequencing to analyze the biodiversity, and we found that the places in the lagoon with low impact tourism have much more microbial diversity than the places that have high impact tourism, where people are stepping on the formations.

In Bacalar there is a massive industry of little boats that take you anywhere in the lagoon for nothing, it's very disruptive. If people break the surface of the microbialite, then they basically kill it. It's similar to coral reefs. But since microbialites don't hold any type of conservation or protection status, they're getting impacted by cheap tourism.

So that has worked for under a decade, but now they're having environmental issues. Part of the lagoon is green because they're having blooms of cyanobacteria, which is happening because they've degraded the coasts. There are a lot of people concerned, trying to do the right thing. But I never thought I would see this much change in a place like Bacalar in my lifetime. 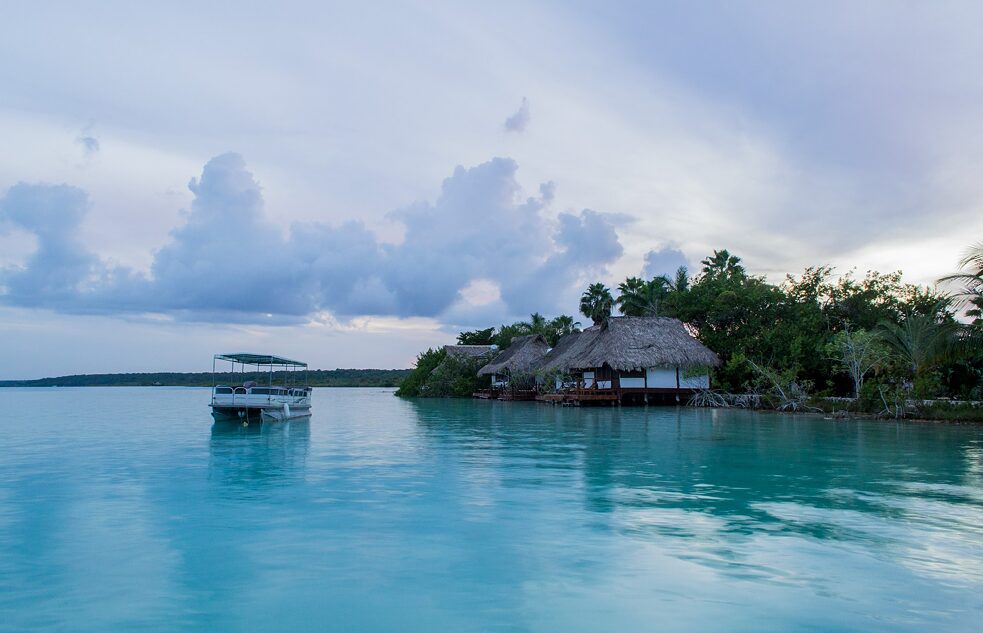 Akalki Hotel, Bacalar, Quintana Roo on Bacalar Lagoon | © Roberto Bolaños, CC BY 2.0
Do you think that there is a way for tourism and conservation to coexist?

LF: I think there is a way. For example, the Maya communities that take you to the nature reserve, they charge $1000 per trip [with six people]. They're booked all year. You go to a nature reserve that's beautiful – you see wildlife, they explain the types of birds. You know that you are paying for conservation. But you can imagine that finding a way that pleases everyone is the real problem.

What we try to explain is that the type of habitats that these microbial communities need to live involves clear water, time, and no one altering the structure they can actually precipitate minerals. 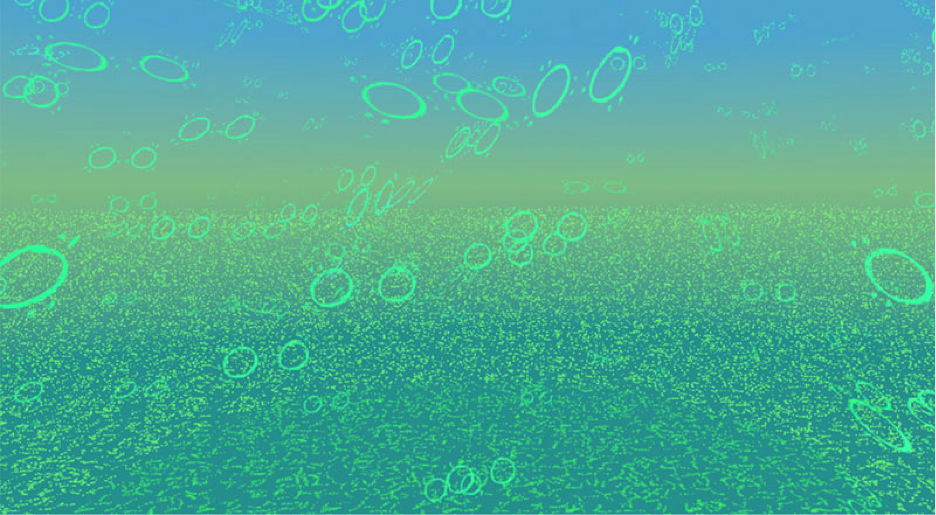 So, why use AR and VR as the media for this type of art? Will that help more people see this environment in a safer way?

TT: I use these technologies because I focus on invisible things. That can be things like forgotten histories, or things like stories that are only known to one ethnic group. Sometimes they deal with a specific site, and the mainstream narrative about that site is completely different.

LF: I'm a microbiologist, so I'm used to imagining what you can't see. But most people don't. That's something that you come to realize, eventually: people don't understand what you're talking about if they can't imagine it. And with this technology, it's an extended reality to knowledge. It's fantastic.

With the interactive project, people might actually understand that these microbialites are living creatures, made by microbes. I think that if people understand the ecological function of these microbial assemblages, they're going to respect this ecosystem more.