New Nature – a series of year-long encounters between artists and climate scientists from around the world – presents, in collaboration with Museum of the Moving Image (MoMI), two programs of short films that confront the human conception of “nature” and explore all that is unnamable, unknowable, and wild. 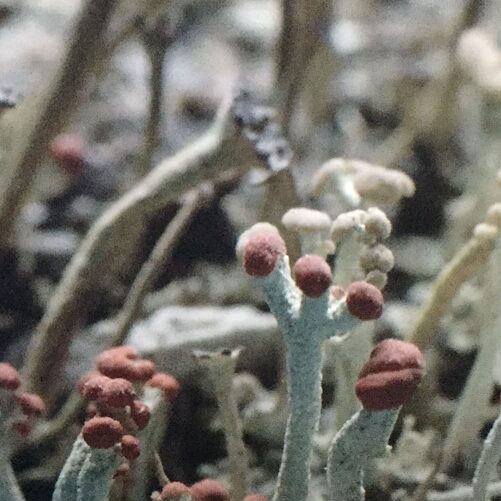 This series assembles audiovisual works by contemporary artists, filmmakers, technologists, and scientists based in Germany, Canada, Mexico, and the United States. Screened together, these films interrogate the inherent anthropocentrism of cinema, often by riffing or subverting the conventions of nature films. With their intricate soundscapes; airborne and microscopic perspectives; and realms imprinted by lichen, bacteria, fur, dirt, and slime, these films work with their subjects, rather than merely being about them. The camera gives us passage to realms shimmering with indigenous mysticism, interspecies symbiosis, and sublime symmetries.

The series will be available for free online, through a password-protected link to MoMI’s Vimeo page, from December 3-11. Info and Registration here.

New Nature Shorts is a programme copresented by the Goethe-Institut and the Museum of the Moving Image, curated by Samara Chadwick and Sonia Epstein. 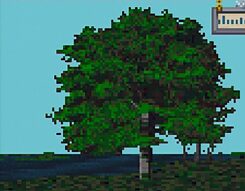 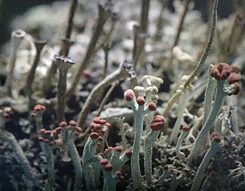 Lisa Jackson "Lichen" | © Lisa Jackson
Canada, 2019. 11 Minutes.
This otherworldly short film takes a deep dive into lichen, a species that confounds scientists to this day. Lichen offers us a look at this remarkable life form and asks what we might learn from it. Ancient and diverse, both an individual and a community, lichens can live in the most extreme environments, including outer space. This meditative film bridges science and philosophy, and the words of lichenologist Trevor Goward illuminate the terrain in poetic and thought-provoking ways.
doornumber3.ca 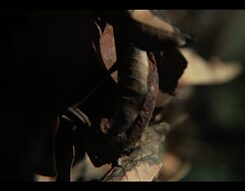 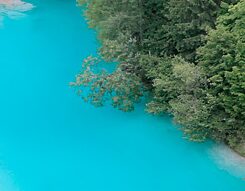 Florian Fischer, Johannes Krell "Still Life" | © Florian Fischer, Johannes Krell
Germany, 2014. 12 Minutes.
The video work reflects the relationship people have with their environment and questions the genre conventions of the classic nature documentary. The animals looking directly into the camera, which is usually forbidden in nature documentaries, is almost aimed at and the animal is established as a part of the recipient as well as their counterpart. What starts as a landscape and nature documentary turns into an experimental essay film that transcends genre boundaries, and thus undermines their predictable narratives. A hitherto familiar environment takes on strange characteristics and oscillates between stagnation and movement, realism and hypnosis, naturalness and artificiality.
http://still-life-film.de 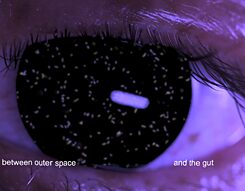 Jenna Sutela „"Holobiont" | © Jenna Sutela Jenna Sutela "Holobiont"
Germany/Netherlands 2018. 10 Minutes.
Holobiont considers the idea of embodied cognition on a planetary scale, featuring a zoom from outer space to inside the gut. It documents Planetary Protection rituals at the European Space Agency and explores extremophilic bacteria in fermented foods as possible distributors of life between the stars. Bacillus subtilis, the nattō bacterium, plays a leading role. The term 'holobiont' stands for an entity made of many sp
www.jennasutela.com 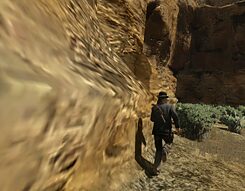 Harun Farocki "Parallele III" | © Harun Farocki GbR
Germany 2014. 7 Minutes.
Parallel III seeks out the boundaries of the game worlds and the nature of the objects. It emerges that many game worlds take the form of discs floating in the universe – reminiscent of pre-Hellenistic conceptions of the world. The worlds have an apron and a backdrop, like theatre stages, and the things in these games have no real existence. Each of their properties must be separately constructed and assigned to them.
www.harunfarocki.de 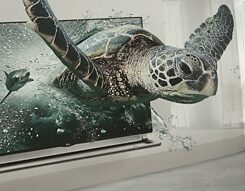 Lisa Rave "Europium" | © Lisa Rave Lisa Rave "Europium"
Germany 2014. 21 Minutes.
Using various levels of imagery, the essay film Europium weaves a narrative around the rare earth element europium; named after the European continent, the material will be culled from the ocean floor to ensure brilliant color images on smartphone displays, and to guarantee the authenticity of euro bank notes. The film describes this seemingly mundane fact as a return and repetition of history, exposing the invisible ghosts of the past as they appear in the modern objects of our lives.
lisarave.eu 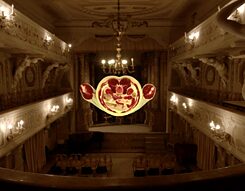 Sasha Litvintseva, Beny Wagner "A Demonstration" | © Sasha Litvintseva, Beny Wagner Sasha Litvintseva, Beny Wagner "A Demonstration"
Germany, Netherlands, United Kingdom 2020. 25 Minutes.
A monster film without monsters. Inspired by the existence of taxonomies of monsters at the heart of Early Modern European science, the film explores and reinterprets a way of seeing the natural world that is almost impossible to imagine from today’s vantage point. Early Modern naturalists were guided by a logic in which scientific truths were discovered through visual analogy. The word “monster” comes from the Latin “monstrare”, meaning to show, to reveal, to demonstrate. A Demonstration picks up on these themes in a poetic exploration of the boundaries of sight and the metamorphosis of form.
www.benywagner.com, www.sashalitvintseva.com 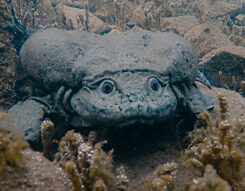 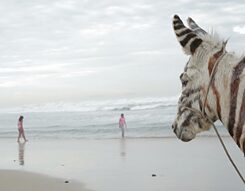 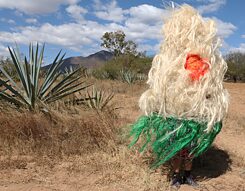 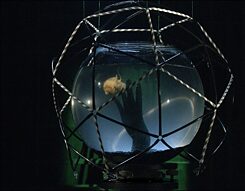