Bauhaus was not limited to minimalist and revolutionary design, as it also hosted often themed costume parties and evenings of theatre and dance. At this event, the Bauhaus aspects of costumes and dance are explored through dance performances with specially made costumes and a film screening.

The evening starts with the performance Homage, where three dancers, in their specially made sculptural body extensions show a new interpretation of Oskar Schlemmer’s triadic ballet, almost 100 years after its premiere in 1922. The scultpural forms - body extensions, which play a vital role in this dance performance, were created by students under the guidance of Melita Couta at the Fine Art Department (University of Nicosia).

The film Triadic ballet by Oskar Schlemmer leads us directly into the world of Bauhaus and its famous ballet. It premiered in Stuttgart, on 30-31 September 1922, with music composed by Paul Hindemith, after formative performances dating back to 1916. The ballet became the most widely performed avant-garde artistic dance. Oskar Schlemmer began to conceive of the human body as a new artistic medium. He saw ballet and pantomime as free from the historical baggage of theatre and opera and thus able to present his ideas of choreographed geometry, man as dancer, transformed by costume, moving in space.

Following the screening, Arianna Economou shows the choreography Knot/Homage inspired by a gouache painting by Anni Albers titled Knot, from 1974. In her choreographic interpretation of Albers artwork, she traces the movement of the three strings, in yellow, red and blue “taking them for a walk”.

This event is taking place in collaboration with Dance Gate Lefkosia.

Dance Gate Lefkosia would like to thank Dancehouse Lefkosia for collaboration. 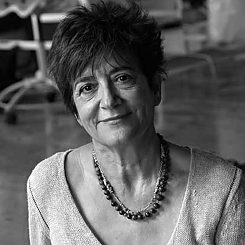 Photo: Lisa Fuhr Arianna Economou is a pioneer dance and interactive artist, activist in the community, founder of Echo Arts Living Arts Centre and Dance Gate Lefkosia Cyprus (EDN member), also founding and member organization of Dance House Lefkosia. Both as producer-manager and artist Arianna has been collaborating with many local and international artists in numerous creative inter-disciplinary and inter-communal projects towards the development of dance as an interactive art form. Arianna is the artistic director of the No_Body Dance & Performance Arts festival at DH Lefkosia and part of the research team towards the interdisciplinary training of the performer with Dorinda and Peter Hulton (UK). Her solo and group works participated in many festivals such as Pafos2017 ECoC, Wiesbaden Festival for New Plays in Europe and at Cairo Experimental Theatre Festival. Arianna Economou is the receiver of the Tefkros Anthias and Theodosis Pieridis Award (2005). 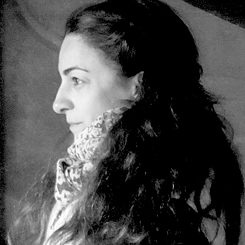 Photo: Melita Couta Melita Couta was born in Nicosia. She graduated from Central St. Martins College of Art and Design in London with a BA in Fine Art – Sculpture and continued at the Slade School of Fine Art in London where she received a MFA in Sculpture. She has been working with sculpture, installation art, photography, drawing and collage.

Melita Couta has been working extensively in theatre and performing arts as a director, scenographer and project co-ordinator. Since 2006, she has been the co-founder of Paravan, an independent company who is focusing on experimental theatre, performance and curating. Since 2016, she has been teaching at the Nicosia University Fine Art Department.