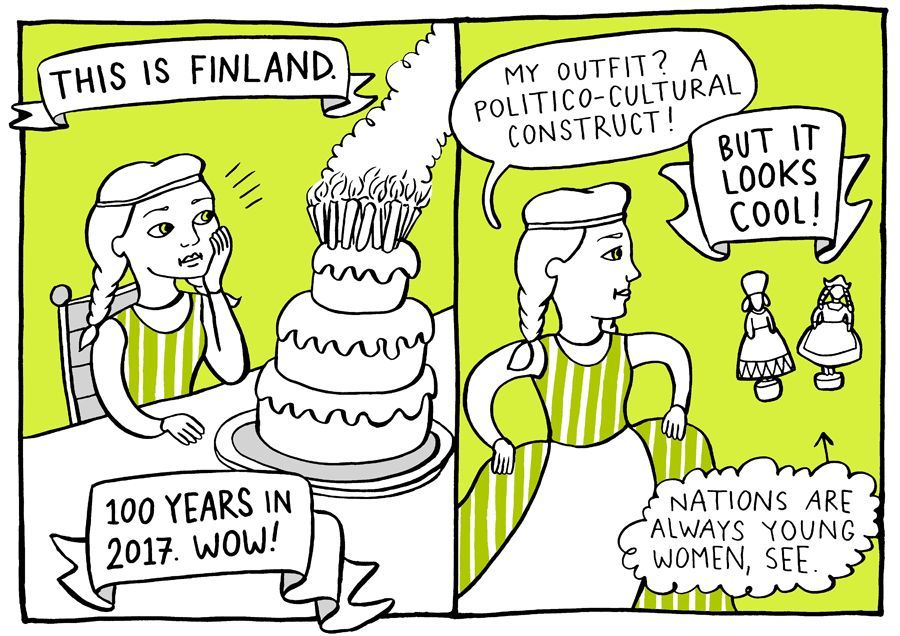 Gallery Aino Sutinen FIN - Who is Finland? | Illustration: CC BY-NC-ND
The current Finnish government is a radical one in its actions. It is comprised of the centre-right Centre Party, centre-right National Coalition Party and nationalist-populist Finns Party (their first time in power).

As a character I include the woman in the Finns Party's youth section (Perussuomalaiset nuoret) logo, as I find nationalist imagery fascinating. The logo includes a proud blond young woman, seemingly in national dress. While this party includes many moderates, some of its MPs even have links to far-right and borderline fascist groups.

While more asylum seekers have arrived, Finland has rapidly tightened laws and regulations regarding things such as family unification and grounds for asylum. There is also a lot of ground level racism and hate speech towards immigrants is becoming increasingly normalised. Disinformative alternative media outlets and social media bubbles have helped create this situation. I fear that Trump will make it worse.

Finland has been known as a state which is building a strong humanitarian record. This seems to be eroding at many fronts. Recent government sanctioned arms deals to Arabic Peninsula countries, Turkmenistan and the likes are not helping.

I include other government actions such as cuts to various sections of society. While difficult decisions need to be taken in politics, these affect low income groups and women disproportionately. Tax evasion issues of the well-off are barely considered while the poor and immigrants are blamed for their own misery and set against each other.

The country is becoming a divided class society, though for decades it has prided itself in its egalitarian and civilised values. 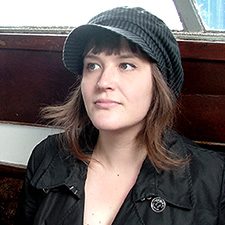