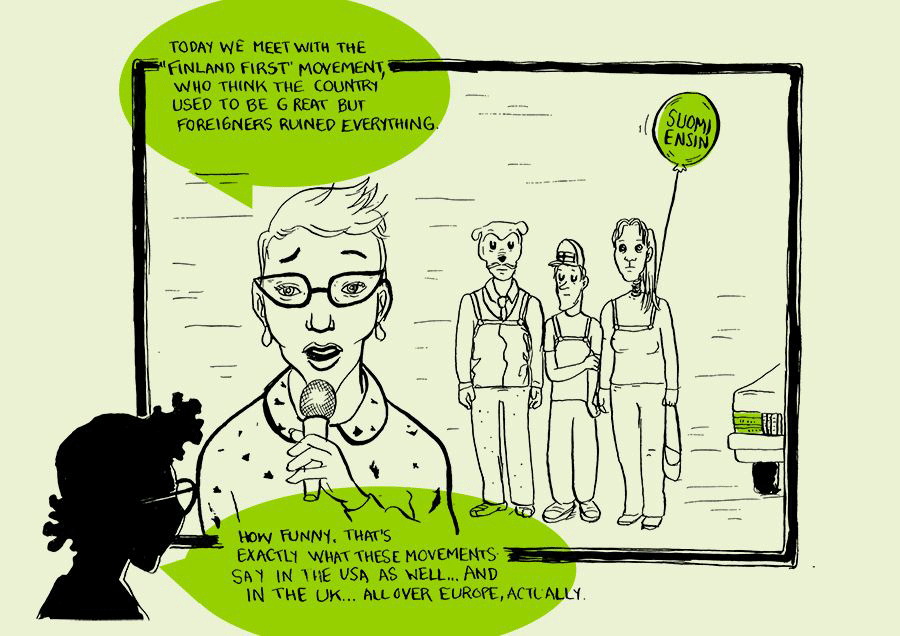 My comic for Changing the Picture comes out of frustration and contradictions in my own culture. There is a widely spread misunderstanding that the problems in Finland – unemployment, weakening of public services and the general sense of security – is somehow the fault of immigrants, especially refugees and asylum seekers.

The arguments behind these assumptions are elliptical and hollow, but they keep on going because it's easy to blame the weak and the different. The strongest among us, who collect all the goods coming from chaos and disagreement, cherish this false idea because it serves their purpose: making the rich even richer.

I love the Finnish culture and the Finnish language and hate the fact that they are being hijacked to serve violent purposes. I think it is totally possible to be proud of your own heritage without having to dismiss other cultures. 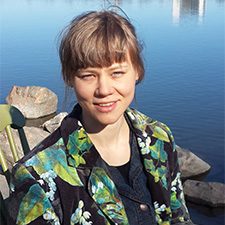 Hannele Richert | Photo (detail): © Erica Terranova I'm happiest when drawing my own fictive stories.
But I also have the need to somehow affect the general atmo​s­­­phere with what I draw, so I do info comics based on fact as well.

In September 2016 a long project came to a high point when the comics anthology of immigration stories was published. Now the book is being used in school workshops and a website around the same subject is under construction.

I garduated from the University of Helsinki in 2007 (languages and literature) and completed a minor subject in Comics at the Aalto university of Arts and Sciences in 2011.
Previously I've worked in various office jobs and as a maid in hospitals and a hotel.

So far I've published one collection of comics and one graphic novel, I'm working on another one. I've also published two mini albums and a lot of zines. I'm involved in the Kutikuti comics collective since 2014. I work at the Comics Centre in Helsinki as a teacher and course planner and at an art school for children as an instructor in comics and animation.