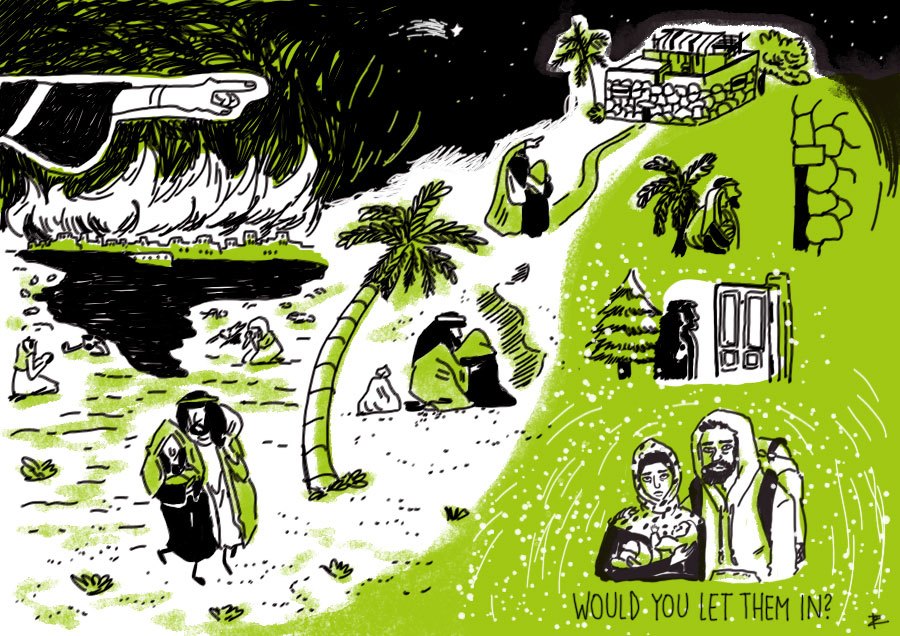 The one with Jesus

In the Christmastime we celebrate the birth of Jesus. We are happy, making presents for each other and are together with our precious ones. The subject of Jesus seams more present then ever before.

What would happen, if he was born today?
Would his parents make it to flee from the cruel destiny which Herodes made?

We shouldn't just ask each other if the states would let them in, but if every one of us, no matter whether religious or not, would open our doors for them.

Are we ready to let strangers, which fled from the cruelty of the world, into our houses?
And give a small human being the chance to save the world again? 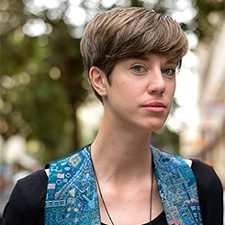 Karolina Chyzewska | Photo: © K. Chyzewska On New Year's Day, 1986, Karolina Chyzewska decided it was just the right time to face the world. Born and raised in beautiful Göttingen, she felt very much at ease with her Polish family around her. After school she went to study at the Kunsthochschule Kassel where she specialised in comic and animation.
In 2012, she spent a term at the Kraków Academy of Fine Arts, Poland. After her return she participated in several exhibitions and smaller publications with her art collective Die Goldene Discofaust and also took her arts degree.