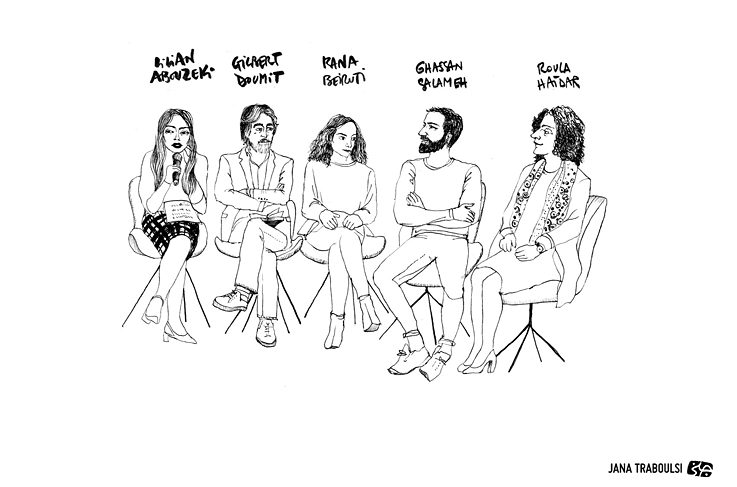 “Design is the meeting point between creativity and technology. Who better than designers to transform crises?” asked Gilbert Doumit at the first session of FANTASMEEM Focus on February 5, 2019 where four panelists discussed “Design in Times of Crisis” at Antwork. 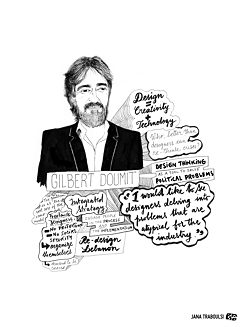 Doumit, an activist and managing partner of a regional consulting firm, observed that while the 1,200 word survey recommended investment in creative industries within the knowledge economy, the category barely referenced Lebanon’s booming design industry.

It is an oversight that is reflected in Lebanon’s labour laws, Doumit argued, pointing out that current provisions do not provide freelancers with social security. A show of hands suggested that the considerable majority of designers in the audience worked freelance. “Why did the report not suggest extending [social security] to this work force?” he asked.


Ghassan Salameh, Director of Beirut Design Week 2018 and consultant for the Goethe-Institut, agreed that policies do not typically favour the industry even though last year Lebanon ranked 24th place in the annual World Design Rankings, winning 33 prestigious A’ Design Awards. 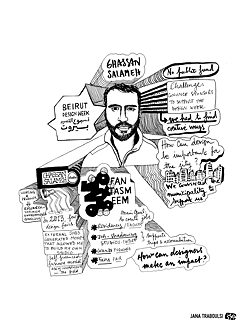 “When I started my design studio in 2013, I struggled to find anyone to mentor me. All funds were going into the tech industry. There are no public funds for culture projects [in Lebanon] except in limited sectors such as music festivals,” said Salameh.

Salameh even experienced this neglect when finding sponsors for Beirut Design Week. “We had to show [sponsors] how design can change a city. In order to convince the municipality of Beirut to be a partner, we didn’t involve them in the planning stage, but approached them only when we could prove we were relevant,” he said.

FANTASMEEM aims to help designers overcome these hurdles, Salameh continued, by offering a specialised training programme to up-and-coming designers living in Lebanon. “On a larger scale [FANTASMEEM’S] aim is to create jobs and support the local economy. But participants in FANTASMEEM will exit the program with an action plan. They must be initiators,” he said. 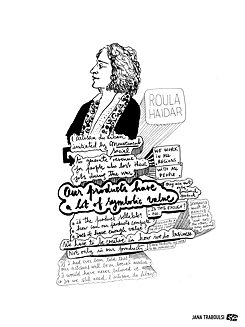 Proving design’s usefulness to society was considered a key issue for most of the panel members, including Roula Haidar, General Manager of L'Artisan du Liban. “Design must have a purpose. It should bring solutions to people. How dare we limit design to the traditional definition of handicraft?” asked Haidar.

Rana Beiruti, Director of Amman Design Week acknowledged that traditional Jordanian craft tends to be well-funded. “Foreign funding is often directed at rural communities where design is mainly craft, which is viewed as something archaic and traditional,” she said.

“But what about contemporary craft?” continued Beiruti. “I am a bit sick of the problem-solving approach to design, to be honest. [Problems such as] the water crisis and the refugee crisis can weigh heavily on designers.”

Beiruti said that she finds it useful to think of design in terms of venn diagrams. “Yes, design can intersect with tech and art but can also meet with other disciplines,” she argued. 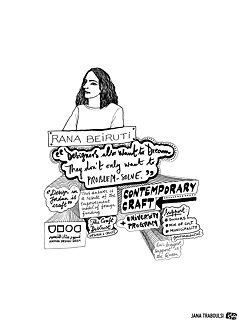 For this reason, the third edition of Amman Design Week is about dreams, according to Beiruti. “This year we are absolving designers of the duty to figure out solutions to big problems and giving them the chance to dream of a totally different world,” she said.

The panel’s moderator, Liliane Abou Zeki, introduced the panel pointing out that design cannot fix all of Lebanon’s problems. “Design in Times of Crisis’ is a big title. We want to align expectations before we begin,” she said.

But the panel was unanimous in its opinion that reform and progress must begin with design.  “The question is not ‘what technique can we use’? Rather the question is ‘in every technique what can we do better’? We must have patience to change it,” said Haidar.

FANTASMEEM Focus is a series of talks and conversations around design, business, and the economy. It is part of the year-long programme FANTASMEEM which is initiated by the Goethe-Institut and funded by the German Ministry for Economic Cooperation and Development (BMZ) aiming to equip designers in Lebanon with business skills.