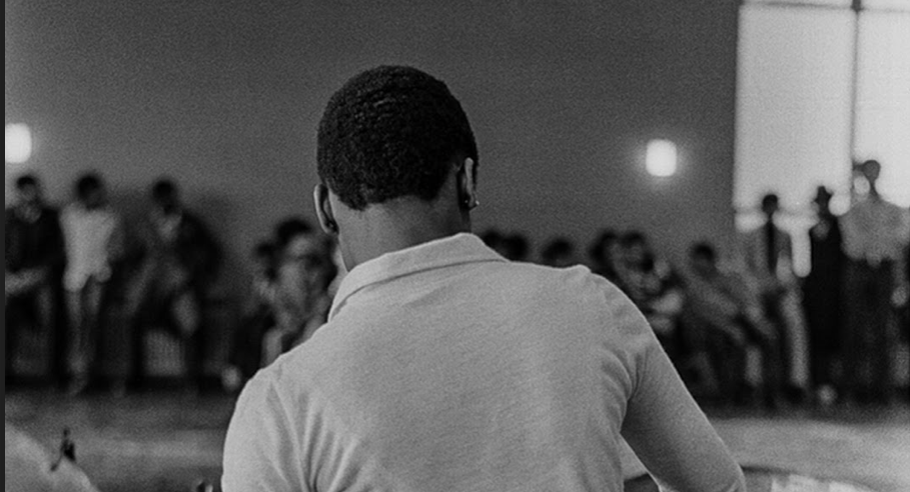 Legends like Isaac Hayes, Bob Marley, BB King and more came to the Harriet Tubman Centre at St. Clair and Oakwood in the ’70s – a thriving hub for Black Torontonians. Its founder, Ken Jeffers, recalls its impact and finds in its undoing a familiar story

The stories are enormous there

Even if Google doesn’t remember the Harriet Tubman Centre, Ken Jeffers does.

A search for the former Black arts and culture space yields few results. But Jeffers, who founded the centre in a building near St. Clair and Oakwood in 1972, maintains rich memories of the place and the events it hosted.

“The stories are enormous in there,” says Jeffers. “I can’t even begin to tell you.” 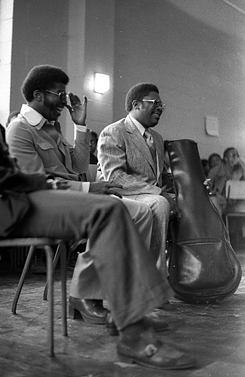 © Joan Latchford One of his favourites is the day when legendary soul musician and Stax Records icon Isaac Hayes visited. Jeffers had been invited to a lunch with Hayes and, on a whim, asked him to visit the centre. Hayes agreed, so Jeffers put the word out to some community members. When Jeffers arrived at the centre 15 minutes later, crowds were already swarming. A steel drum band performed for Hayes, who quietly handed Jeffers a wad of 100-dollar bills afterward. “He said, ‘Do what you need to do for these kids,’” Jeffers says.

The memory is just one of hundreds. “The stories are enormous in there,” says Jeffers. “I can’t even begin to tell you.”

Serving as a cultural hub for Black diaspora communities in the city, the centre ran between 1972 and 1976. Jeffers, originally from Trinidad and working on a student visa at the YMCA, had noticed the organization maintained a mostly empty building on Robina Avenue, which they rented out as a sailmaker’s shop. “I said, ‘No, Black people need a place to be,’” he recalls. He applied for and secured a grant via Pierre Trudeau’s Opportunities For Youth program to create the Tubman Centre and help fund its operating costs.

It was an important community-building space that hosted scores of artists, from Hayes to Bob Marley to BB King. Beyond this, explains Jeffers, it hosted tutoring, dance, steel drum and sports programs. Some of these gatherings were captured by the late Toronto photographer Joan Latchford, whom Jeffers remembers fondly as “a delight.” Some of Latchford’s photos of the centre are currently on display via a virtual exhibition with Cardinal Gallery on Davenport. 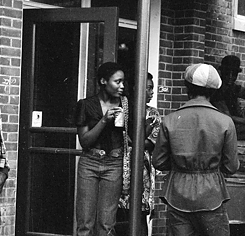 © Joan Latchford Jeffers eventually departed from the centre, explaining that he’d assembled a board separate from the YMCA to oversee it. Jeffers wanted it to operate independently under the direction of Black community members, but the YMCA pushed back, painting Jeffers as a radical. His time in the civil rights movement in South Carolina, where he witnessed the 1968 Orangeburg massacre, informed his position; he was unwilling to compromise, and bowed out.

It closed shortly after, and the Tubman Centre – and its role as a space to practise and sustain diaspora culture – has receded from the city’s memory. Beyond York University’s archive of the centre, sparse newspaper clippings reference its existence, while the Harriet Tubman Community Organization, headquartered at Don Mills and Sheppard, continues the centre’s work in spirit.

Still, the space was lost to a combination of bureaucracy and negligence. And nearly 50 years later, the same threats continue to uproot Black life in Toronto. The financial impact of COVID-19 has compounded the effects of gentrification and development in Little Jamaica, just north of where the Harriet Tubman Centre stood, and without sufficient municipal or provincial supports, community members have stepped up to crowdfund for businesses on the brink. Data has already demonstrated that racialized and low-income workers suffer disproportionate rates of COVID infections, while recent research suggests Black workers have been laid off more and hired less frequently through the pandemic. Without adequate resources, Little Jamaica – and Black communities across the city – is up against the same calculated indifference that snuffed the Tubman.

Jeffers isn’t surprised anymore. “It’s a repetition of the manipulation of the vulnerability of people of African descent,” he sighs.

© Joan Latchford This is likewise unsurprising to Jessica Kirk, a recent U of T graduate who researches the realities and conditions of Black life in Toronto.

“Across its colonial history, Canada has always found ways to unwrite Black presence and push Black people further into the margins of society,” says Kirk. “The erasure of the Harriet Tubman Centre is unsurprising to me because Canada actively absents our history.”

This negligence is compounded by Toronto’s capitalizing on Black arts and culture as a means of furthering its international profile. The Toronto Raptors and Drake remain the city’s most lucrative cultural exports, while Caribana, a celebration by and for Caribbean diaspora communities, is one of the city’s most popular events. These facts are difficult to square with the city’s absenteeism in issues relating to the gentrification and displacement of Black communities in Toronto. The Weeknd was hyped by local politicians following his Superbowl halftime performance, while days earlier the Toronto Transit Commission moved to shutter the rapid transit line to Scarborough, one of the areas of the city with the highest population percentage of racialized residents. According to the City of Toronto’s 2018 ward profiles, which draw from the 2016 Census, Scarborough is 73.4 per cent visible minority, and 10.8 per cent Black. Compare that to the City of Toronto, which is 51.5 per cent visible minority and 8.9 per cent Black.

Kirk says this dynamic isn’t an anomaly. Rather, it’s “like clockwork.” “Black diasporic people are all too familiar with experiences of placelessness, removal and having our stories written out of history,” she says.

“Although Blackness is used as the cultural backbone of this city in many ways, Black livelihood continues to be disregarded,” says Kirk. “Safeguarding Black-run community arts centres is one of many ways to refute that, by Black cultural workers leading the protection of sites of imagination, of possibility and of play.”

The Need for Funding

Alica Hall, executive director of the Black diaspora-focused arts space Nia Centre, notes that the gentrification impacting racialized neighbourhoods like Little Jamaica and Chinatown “erodes the cultural fabric of our city.” These already dire conditions have been strained further by the economic and health impacts of COVID-19. 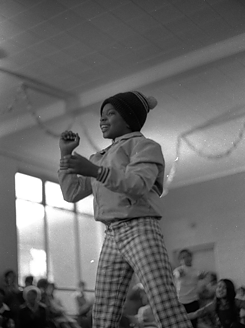 © Joan Latchford “It’s just further exacerbated what was already a challenging situation,” says Hall. Black arts and culture spaces like Nia, explains Hall, are often underfunded and supported by a small staff alongside dedicated volunteers. A 2020 U.S. study of 25 community foundations confirmed this, finding that only one per cent of grants went to Black communities. “Historically, Black leaders have had to fight for resources, fight for space, and haven’t been able to get the same kinds of funding and support from the city.”

Kirk says that the displacement of arts and culture spaces like the Tubman Centre mirrors the displacement of those who would benefit from them. Funding is needed for these spaces, but so too are protections for community members so they can enjoy them.

“Rent forgiveness is a must, and the city has to put a full stop to evictions during the pandemic,” says Kirk. “Toronto must invest in affordable housing, and most importantly, stop criminalizing poverty.”

Thinking back on the fate of the Harriet Tubman Centre, Jeffers wishes it had gone differently. “Sometimes it breaks my heart, what happened,” he says.

Jeffers’ stand-off at the Tubman Centre is instructive not just in its decades-old display of institutional opposition to Black independence in the city, but also in its insistence on making space for Black culture. That insistence continues today at Nia. “That was the end of the building but not the spirit of Harriet Tubman Centre. It still exists today.” 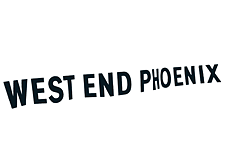