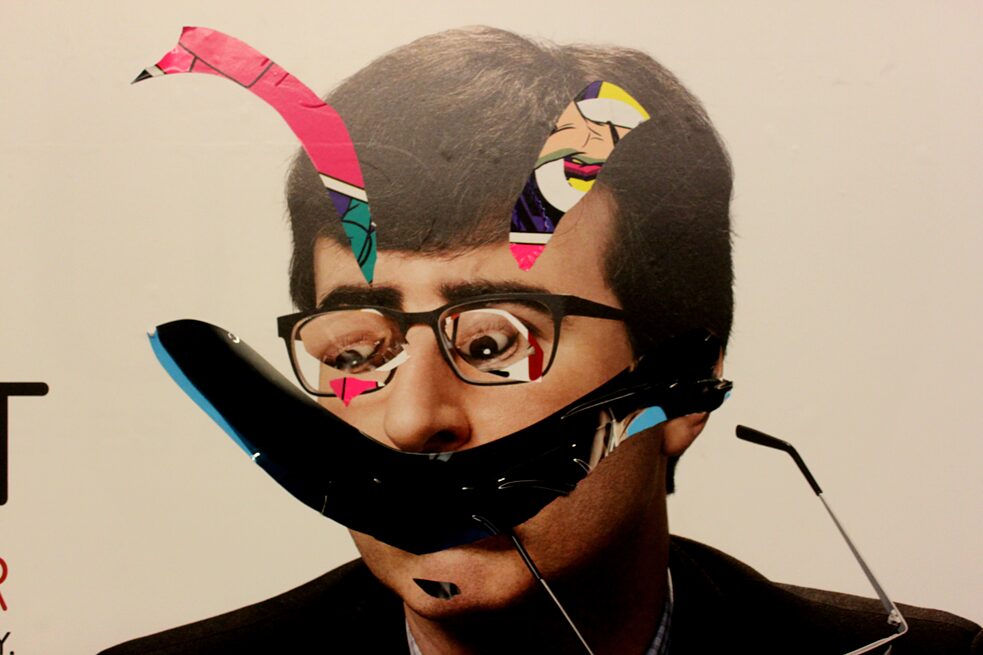 With a pocket knife and few swift cut and paste moves

This month‘s artbits is a sentimental favorite of this artbits photographer. The shot of a deconstructed subway advertising promoting  the HBO show Last Week Tonight featuring John Oliver, was taken right after the street artist Peter Carroll aka Pet Bird/ Laserburners ( 7/1/77 — 9/28/15) had altered the poster with a pocket knife and few swift cut and paste moves.

That simple gesture embodies many of the qualities that make street art so exiting and unpredictable: to seize what’s available in the streets and impact it with a sparse yet creative toolset, to seek out in-between public spaces, to challenge authority and agency over ones city and its visual clutter, to create something new fast and with a maximum of lasting exposure. An intervention like this is testimony to the impact an artist can make with some skill, creativity, and the moxie to defy normative assumptions about ownership of public spaces and transgression. And all of it with a  tongue in cheek attitude. Street Art:  Those who want it can’t keep it, those who don’t want it can’t get rid of it.

Peter Carroll passed away in 2015. He was a scientist by education, a graffiti writer/scholar by vocation; he was a thoughtful friend and a maverick artist quick on the draw. Chances are John Oliver would have liked him and his artbits.