Dimitri Hegemann is the owner of Berlin’s famed Tresor club, which opened in an abandoned bank vault shortly after the fall of the Wall, and is now located in an old power plant. In our interview with Hegemann, he recounts the beginnings of the techno club scene, the connection to Detroit and the magic of those early days.

What are some magical “firsts” that you associate with techno? 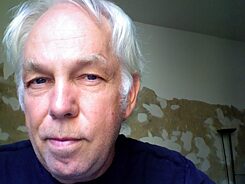 Dimitri Hegemann | © Tromla via Wikimedia Commons Dimitri Hegemann: Those were the first nights at Tresor in March 1991. The first night that never ended, for example. I knew that people went out to concerts or met in a pub in Berlin afterwards to chat a bit, but at some point around two or three AM you were in bed, or sometimes at five. But now we partied through the night. That was really something new. It was the beginning of a new era. You also have to look at it in relation to Berlin, where there was just this amazing atmosphere after the fall of the Wall. It had a whole new intensity, especially because there was no end to it. There was this feeling of freedom; to be able to stay out as long as you wanted and have all these unbelievably great conversations. You got caught up in it all, in your shelter, the little microcosm in the club.

The space  lured us all into a parallel world

...and then add to that all the new music as well.

Of course, the sound was essential. At that time, we were very much looking towards Detroit, towards this instrumental techno – second generation techno, Underground Resistance. There was the beat and the staging of the spaces, these old strong rooms in the vault. And then there was the smoke, the fog that took over the room. All you could see were shadows from a bright light flashing every now and then. All this setup, the people and the screams of the crowd – it set me free.

You had already been running the Ufo club prior to that. Why is it that all this only happened to you at Tresor?

We ended things earlier at Ufo because we always had problems with the neighbours. There were evenings there that were nice, but at Tresor I was the co-owner. I wanted to know it inside and out, especially when you’re setting up a space like that, basically turning almost every screw and laying the plumbing. You’d brought this old ruin, which had been lying in a deep sleep for 45 years, back to life with a new mission, and then you learn the story that it was a Jewish bank, the Wertheim Bank. Suddenly a whole new energy enters into it. The strong rooms, the old rusted bars and the safe deposit boxes everywhere, it was very mysterious, very mystical. I'm sure the space added at least 50 percent to that feeling. I had also fallen in love with the building. The space was so strong and lured us all into a new parallel world: down in the basement. People beneath Berlin!

People want to feel their limits

The hottest club back then was Dschungel. That closed at five or so. The bars also closed then. People didn't live like that. But now people were dancing into a new era, and with new music too. The whole city was in a good mood. The party went on until the afternoon. People started up at 11 p.m. and continued until the following day. Not just 24 hours, but even 30 hours. In Berghain it sometimes went on for two, three days. The DJs’ sets were then increased from two to four hours. People want to feel their limits, including their physical limits.

This playlist is the part of the “Top Ten” list of the favorite techno tracks submitted by Dimitri Hegemann which were available on Spotify. Unfortunately, some tracks had to be omitted due to licensing reasons. For the full list please write to the editors.

Why did it work so well in Tresor?

I always had the feeling in this space that it was the entire world. There’s nothing outside of it. There were only these little chambers, this vault. In those days there were no means of communication as we know them today, no cell phones and no emails, but you’d get wind of something from someone and then you just headed there. We were in the eastern part of Berlin, where there were no telephones at all. So calling from the east side to the west was difficult with the few existing networks and phone booths. For example, I remember a story about how we informed our crew at that time. Regina Bear was the manager. She reached our bouncer Mario Felsen, who lived in East Berlin, by sending his mother a postcard because his mother did the cleaning at his house once a week. And then she’d bring him the postcard. It said: Mario, you have to work on Friday the such and such at 10 p.m. That’s how we got in touch with people.

The cool DJs had their own compartments

How was it with the clubs between each other? Was there competition?

At the beginning of the 90s, you’d exchange DJs with other clubs. They either played the next day or even the same day in the other club. That’s impossible today. Everything is strictly sectioned off. It’s become very complicated and a very tough competition. You are watched by the authorities. Everything has to run properly. The wild adventure days of the early 90s are no longer possible. But of course it did liberate a lot, a mindset, a philosophy that you can set off together, agree on something together. 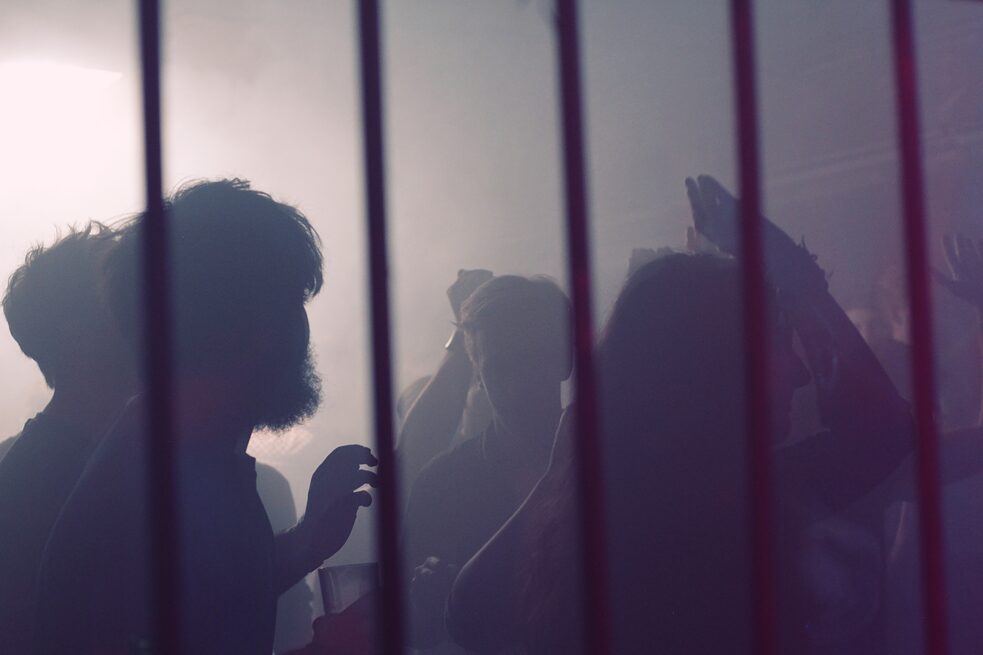 Dancers at Tresor | © Angie Linder via Wikimedia Commons How did you choose the DJs?

We also had a small record label. Of course, we showcased music there that we couldn’t find a stage for otherwise, namely our own label productions. It was a lot of music from Detroit, but everything was still pretty anonymous. The whole movement was like that in the beginning. Still, we took care to have a very rotating program and also had a lot of DJs from Berlin. We were lucky enough to work closely with a record store in Berlin called Hard Wax. This store had electronic music for sale, also a lot of dub, reggae, techno and house. They always had contact with the labels and bought directly from them in the USA, especially Detroit. The owner once told me that for example, they called Carl Craig’s Planet E label in Detroit and asked, “Hey, what do you guys have for new records?” Then they played the records and put the phone receiver next to it: “Aha, sounds interesting. Send me 20 copies!” The records always arrived at Hard Wax. On Friday, there was already a whole line of DJs standing in front of it, wanting to stock up. The cool DJs had their own compartments, of course. And the more unknown ones were happy to get some of the leftovers.

Did that lead to DJs from Detroit coming to Berlin?

Hard Wax had a very good network of certain labels and also told them: “We have a club here in Berlin. We know the people from the Tresor. Don’t you guys feel like coming over here and DJing?” So the first DJs came through Hard Wax. They were Blake Baxter, Jeff Mills, the Underground Resistance people, Robert Hood, Juan Atkins and all those guys. They all rushed in and spread the word: “There’s a totally wicked club in Berlin, kind of by the Wall. I don’t know how that is, but it’s really weird. The sound system and the people are all going nuts. But they can’t dance!” (laughs) Jeff Mills used to tell me, “Tell me Dimi, am I wrong?” He has an incredibly keen sense of rhythm. The Germans couldn’t dance. They just wobbled around. Then we pumped in a lot of fog and you couldn’t see the misery of the dancers anymore.

And to this day, techno and club culture still won’t let you go. You started the “Clubs for Germany Initiative”. Can you tell us more about that?

Young people who can’t sleep at night and carry ideas around with them should be given space in every city with a population of 100,000 or more. It’s about clubs as small as the OHM here in Berlin, which is only about 100 square metres. I hope that new ideas will be born in these nightly sessions, also for their respective communities or cities. A kind of alternative mini-infrastructure springs up from there. In other words, visitors to these clubs who feel comfortable there can say, “Hey, I’m going to do something different too. I’m going my own way now. I’m going to just open a gallery in the neighbourhood. I’m not expecting big sales. It doesn't matter. I just hope it goes on for a while.” People are inspired by going to the club. The club is seen as an incubator for new industries and, above all, as an instigator to motivate people to really do something, to encourage them.

That's exactly what happened in Berlin. That was a real movement. Since it always took place at night, there were people who had ideas. They went to the club without much of an idea, but from 3:30 a.m. on, a fire lit up in people’s heads. Ideas and inspirations were awakened. That’s how thousands of small start-ups came into being. That changed Berlin, its identity. Berlin was suddenly a young city during the Love Parade. People were dancing in the streets and that even made it through to CNN. That was really refreshing.

The club and label operator and promoter Dietmar-Maria “Dimitri” Hegemann became known as the organizer of the festival Berlin Atonal (from 1982) and later as the operator of the Fischbüro, the Ufo and in 1991 the legendary club Tresor in Berlin. Today he is involved with Happy Locals, an organization that creates cultural opportunities for young people.