​Diversity in books for children and teenagers
Moving towards normalisation

The real world is much more diverse than is reflected in our literature.  A discrepancy that is also revealed in books written in German for children and teenagers. Victoria Engels briefly touches upon the complexity of the “diversity question” and casts a spotlight on few authors who are closing the gap with their contributions. 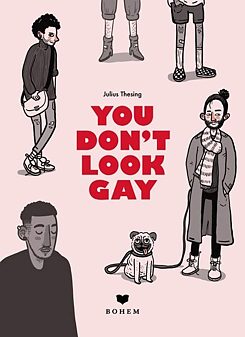 © Bohem Press Diversity is a complicated subject; especially when we speak or write about it. It gets particularly tricky when we move away from the multiplicity of everyday life to look at representation of reality. Then, all of a sudden, there seems little left of the diversity that surrounds us every day.

Martha Wohlleber provides an extensive analysis of this problem in her article on “Diversity in current German children’s bestsellers”, which was published as part of the international project DRIN - Visions for Children's Books of the Goethe-Institut Finland. The lacking representation of diversity means that many children and adolescents are left without an opportunity to identify with a variety of characters, which could significantly impact their development. So, how do we change the status-quo?

Diversity is very complex and multifaceted. There is no template for the right amount of diversity in a book written for children or teenagers. Diversity is also multi-layered:

Beginning with the challenge of assembling diverse teams working in the publishing process, diversity not only needs to be considered when portraying different models of family life or stereotypical role models, but also when considering images, when dealing with intersectionality and many other aspects.

Despite this complexity Aino-Maria Kangas proposes a scenario which we could work towards in her article on the subject:

„It would be fairer to children and young people to have more or less equal numbers of stories about each family structure (or any other manifestation of diversity).“

Majorities are normal, diversity is (still) an exception 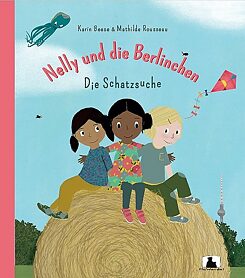 © HaWandel Although representation of diversity in books for children and young adults tends to be an exception rather than the rule there are some examples that prove quite the opposite:

One brave example, also with regards to style, is Julius Thesing’s You don’t look gay – Insights into homophobic discrimination (2020) (German original title: You don’t look gay – Eine Auseinandersetzung mit homophober Diskriminierung). The book offers an engaging read through brief easy-to-read written and illustrated accounts, which are often particularly shocking due to the banality of everyday life in which they are set.

According to a study on the representation of migration and integration in German school books from 2015 one in three children in Germany under the age of 15 has a background linked to migration. This reality is casually portrayed by Karin Beese and Mathilde Rousseau’s picture book series Nelly and the little Berliner (2016 & 2019) (German original title: Nelly und die Berlinchen). The stories for children from two to six years depict the adventures and daily life of Nelly and her friends in Berlin. 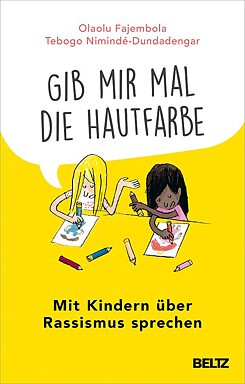 © Beltz The new release Pass over the skin coloured pencil – Talking to children about racism (German original title: Gib mir mal die Hautfarbe – Mit Kindern über Rassismus sprechen) by Olaolu Fajembola and Tebogo Nimindé-Dundadengar is directed at parents and children wanting to contribute to a world free of racism. The book offers background information and check lists which help to challenge racism in children’s everyday lives. Among others the authors ask the following questions “Which words or sentences are hurtful? Which imagery lies hidden in children’s songs, books and games?” Conveniently, Nimindé-Dundadengar and Fajembola also run an online shop (Tebalou) that provides for more diversity in children’s bedrooms and playing areas.

Diversity not yet the new normal

The featured stories are only exemplary contributions that stand alongside several others also worthy of mention. Nonetheless, to date diverse narratives are still exceptions rather than the rule. We have a long way to go before the representation of diversity in literature for children and adolescents is considered to be the new normal.

Victoria Engels worked at the Goethe-Institut headquarters in Munich until the end of July 2021. She was part of the Goethe-Lab Language and was responsible for project communication and knowledge management.