Aspigurl is a comic putting forward the voice of autistic people through anecdotes or reflections from everyday life. 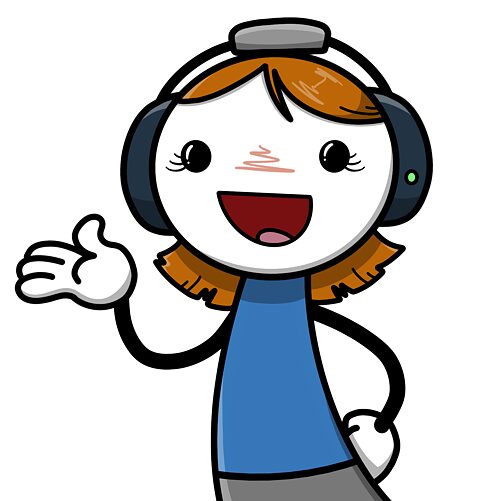 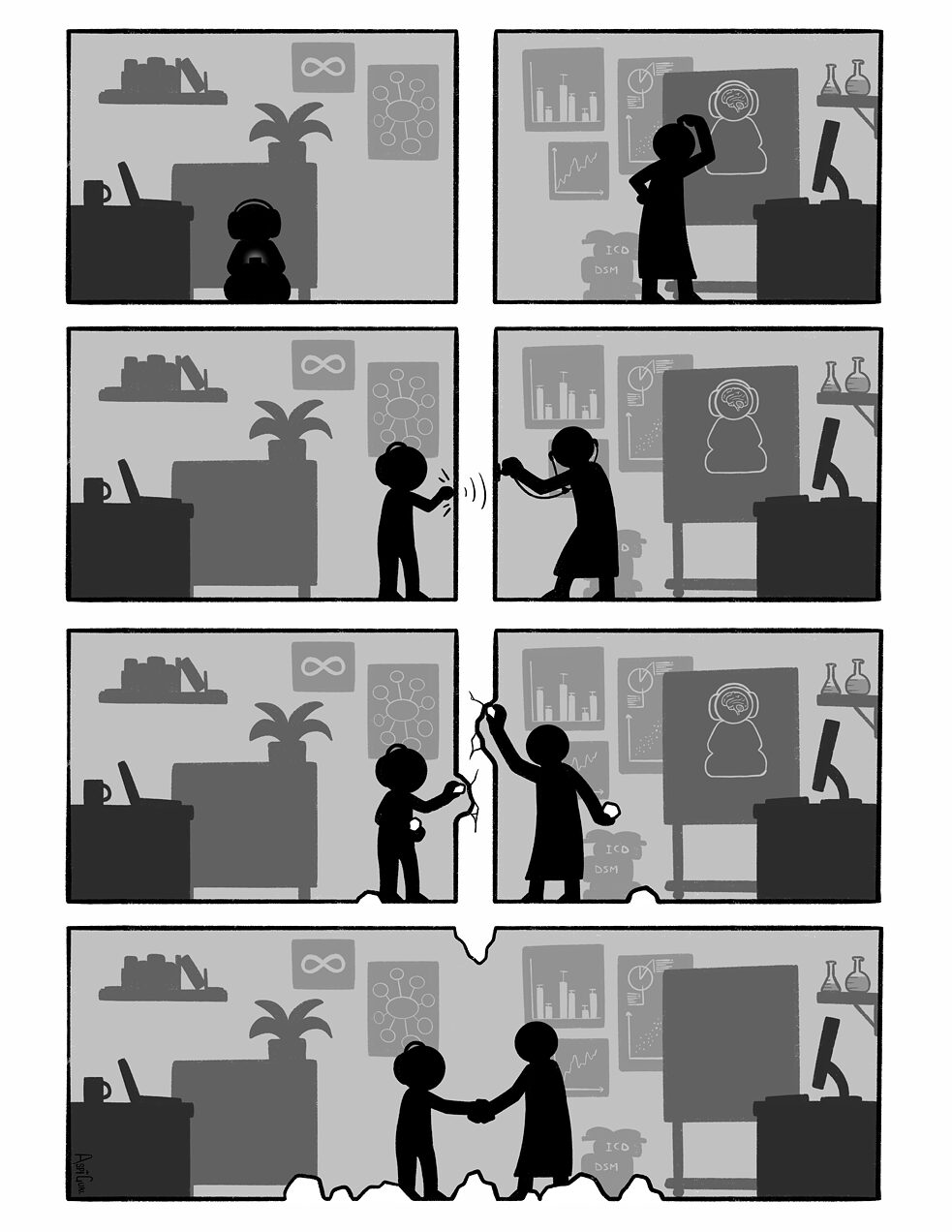 "It's time to work together."

This is a topic that also touches upon our doctoral research. When we talk about research and neurodiversity, there is often an imbalance between the participants (people with atypical cognitive profiles) and the researchers who observe them from the outside.

Increasingly, there are proposals to include the perspective of those affected in research, thus offering the possibility of moving their status from being a mere study object to being a fully-fledged actor. This is not necessarily easy: Already the way information is transmitted can impair the exchange of information: For example, how is testimony from non-verbal persons to be gathered? However, the solution is not as complicated as one might fear - and it brings us back to a very basic principle of communication: listening. In contrast to observation, listening here means leaving one's own framework and instruments of analysis behind and doing everything in one's power to receive the other’s message.

This is exactly what we wanted to convey with this comic: Let's stop thinking about autism research in labs and make sure that the scientific world and the community out there are reconciled. People with autism talk, they communicate, they have needs and they ask that nothing be decided and done about them without them.

Reconciliation has something very special about it, something that distinguishes it from compromise. It implies a starting point from which each party recognizes that there is a problem and seeks a solution together. This is an important principle we should keep in mind when advocating neurodiversity, and it is related to the difference between integration and inclusion.

When we talk about integration, we either propose to accommodate one party or we ask the other party to compromise. When we talk about inclusion, we rethink the whole structure so that no one is left behind from the outset. That is what reconciliation inspires us to do - to conceive and rebuild together a society that is fairer for everyone.

It was important for us to bring the topic to the general public and to leave academic habits aside. The nature of a web comic forces us to free ourselves from overly complicated sentences, academic habits and research reflexes. It’s always important to preserve the ability to return to the basics. This is exactly what we aim for with the Aspigurl webcomic, which illustrates the life of a young autistic woman through anecdotes or reflections from everyday life. Autism, like any form of neurodiversity, is a mere difference, not a drama.
Communicating through images and avoiding words enables both autistic and non-autistic people to find themselves in a "dialogue space". We believe in the importance of allowing the pictures to speak for themselves. We can of course have an initial message, but we force ourselves not to use words, because we want to prevent the picture from becoming an add-on, from slipping into the supporting role.

So we start with an idea, a message, and we try to think immediately about the illustrations. Let's just say we scribble a lot during the conception phase! For the project "20 authors, 20 comics" we stepped out of our usual humorous tone and took the time to formulate a simple and clear message: It's time to work together.

Motivated by a common goal - that of putting cognitive sciences at the service of neurodiversity - our doctoral research in philosophy and cognitive sciences at the Université du Québec à Montréal focuses on the inclusion of neurodiversity in standard models of human cognition. Aware of the importance of knowledge dissemination, we launched a weekly comic strip called Aspigurl in April 2018, which treats the daily life of people with autism in a humorous tone, thus creating accessibility for all target groups.

To Learn More About Aspigurl