Katja Klengel, born in 1988, is a German comic artist and screenwriter from Berlin. Growing up with manga books, she has found her own style of drawing, combining the influence of Naoko Takeuchi's Sailor Moon comics with the aesthetics of American independent comics. 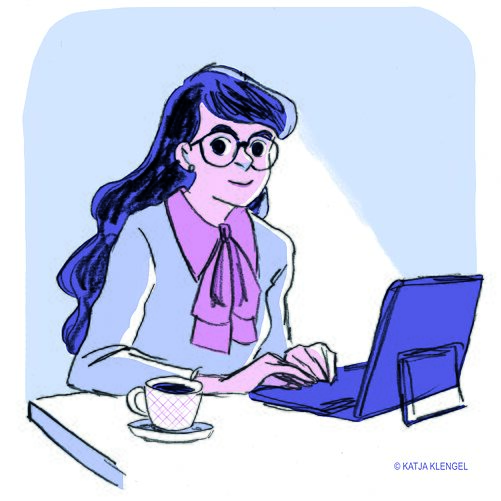 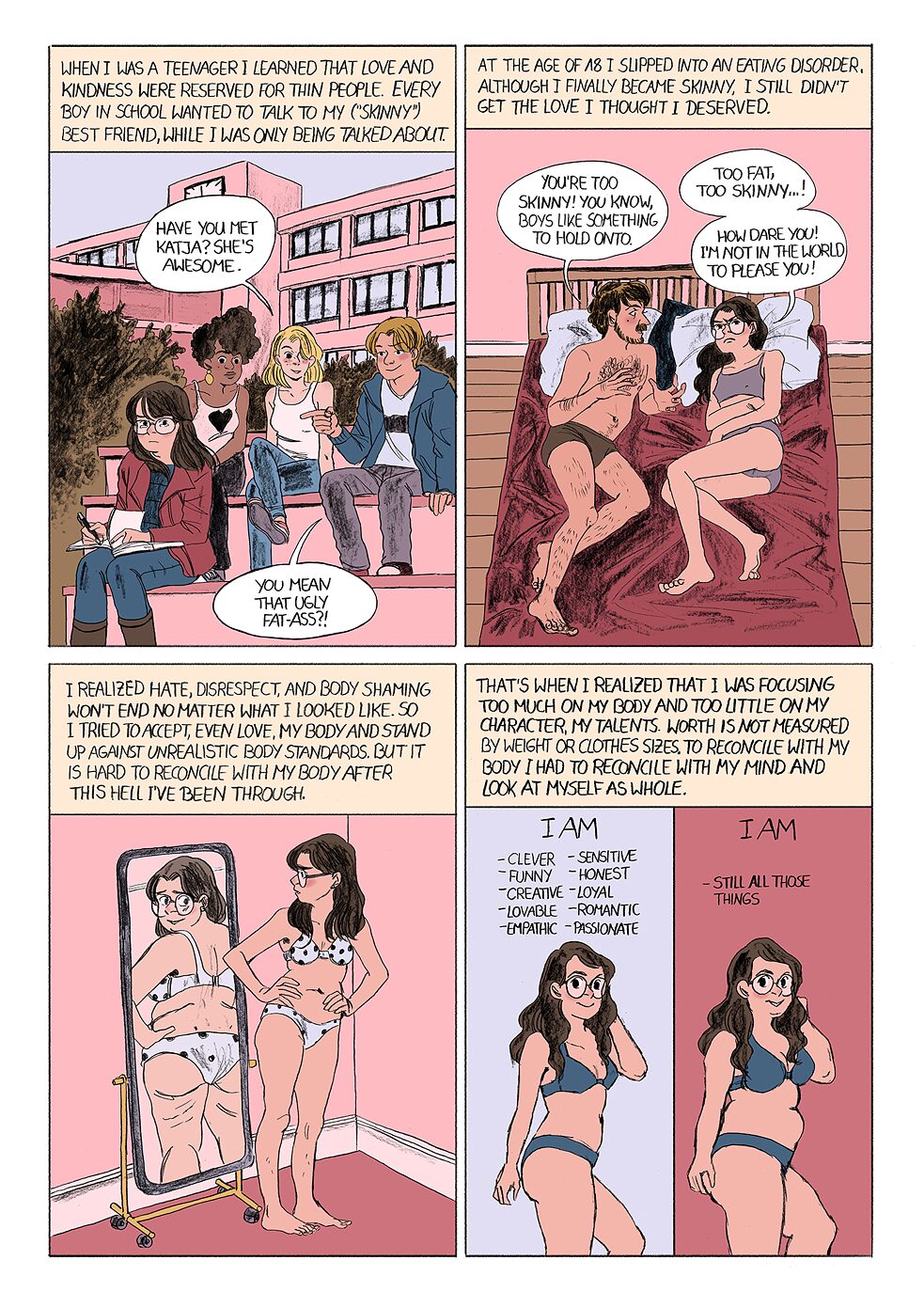 The structural problem of objectification

On the one hand my comic is about a very personal confrontation with my eating disorder and my own distorted body image, and on the other hand it deals with the structural problem of the objectification of women (Microsoft Word doesn’t even know this word. Let’s wonder why). The mass media convey misogynistic and unrealistic ideals of beauty that women cannot live up to.

An entire industry is based on the low self-confidence of women who desperately try to meet the demands forced on them by using face lotions, razors and diet drinks. Women have to look beautiful, at home, in everyday life and especially at work. This leads to inequality and injustice.

After all, women are being reduced to their outward appearance in order to keep them submissive, to distract them from their abilities and from the fact that they have something meaningful to say in the male-dominated areas of society and that they could actively participate in. The female body is there to please.

And if a woman cannot meet these standards, body-shaming and misogyny are the result. But if she pleases too much, slutshaming is the result. Given this systematic paradox, it is not only difficult to find a way out, it is also difficult to establish a normal relationship with one's own body against its backdrop and to escape this brainwashing.

The topic of reconciliation with my own body has a live-or-die importance in my everyday life. My eating disorder has led to major health problems, which I have only been able to control through therapy.
But it still remains a part of me.

So how can I feel comfortable in my body, even reconcile with it, in order to lead a more contented life? And do I have to love my body as much as the "Body positivity" movement stipulates or can I just be grateful to my body for carrying me – thus moving away from focusing on my body excessively?

Can reconciliation perhaps only take place once I dedicate more of my attention to my abilities and talents, which generate more positive feelings?

First I wrote the text. Then I drew a rough storyboard and planned how I would arrange text and pictures on the page. Then I made a pencil sketch and a final drawing with the pencil. Afterwards I scanned the page. In this case I collaborated with Adrian vom Baur - he did the coloring of the comic with Photoshop.

Katja Klengel, born in 1988, is a German comic artist and screenwriter from Berlin. Growing up with manga books, she has found her own style of drawing, combining the influence of Naoko Takeuchi's Sailor Moon comics with the aesthetics of American independent comics. From 2008-2014 she studied art at the HfBK Dresden and subsequently screenplay at the Dffb (Deutsche Film-und Fernsehakademie Berlin).

In 2018 she completed her screenplay degree with the fantasy series project Vesta, which was honored with a sponsorship award by the MDM at the Akademie für Kindermedien. Additionally, it was nominated for the First Steps Award in the field of script in the same year.
On Instagram she keeps publishing autobiographical diary comics under the title Blattonisch. Some of her previous comics were released by Schwarzer Turm in 2012. In the same year 100 episodes of her sequel comic Als ich so alt war were published in the newspaper F.A.Z.

This sequel comic was brought to a French speaking audience under the title Quand j'avais ton âge by the publishing house Casterman in 2018.

In 2017 she wrote and drew her comic column Girlsplaining for the online magazine Broadly, which was subsequently also released as a book by the comic publisher Reprodukt in 2018.

Back to the dossier "Reconciliation"