Olivier Kugler grew up on the edge of the Black Forest. He studied at the Freie Kunstschule in Stuttgart, studied Visual Communication at the Fachhochschule für Gestaltung in Pforzheim and at the University of Georgia (USA), on a DAAD scholarship. He obtained an MFA in Illustration as Visual Essay at the SVA in New York (DAAD scholarship). Has published travel journals about Cuba, Iran, Laos, Kurdistan, Greece, about the lives of truckers, veterinarians and refugees. He lives in London, UK. 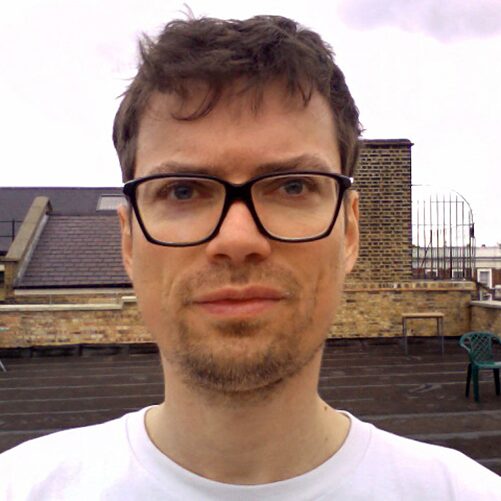 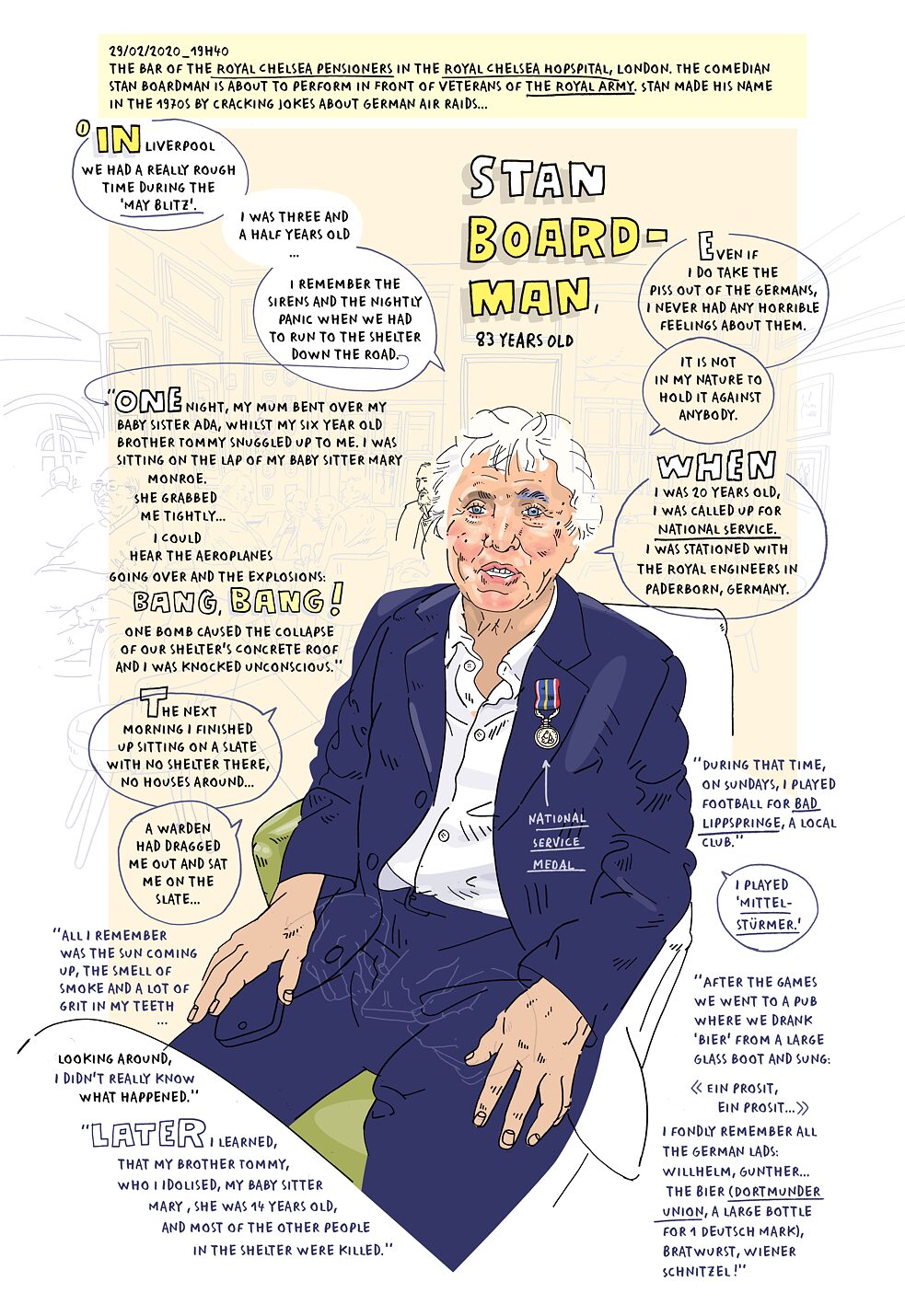 When I first visited England in 1994, it occurred quite frequently that more or less drunken locals in pubs confronted me with the sentence "The Germans bombed our chippie!” ('Chippie' is the affectionate abbreviation for the great British institution of the 'Fish & Chips Shop'). I already noticed that this sentence was a reference (British-Humour Style!) to the 2nd World War. But I was not aware of the origin of this phrase.

While doing research for a book project on fish & chips I would like to do, I recently came across an article about the Liverpool comedian Stan Boardman. In this article the comedian, who grew up in Liverpool during the post-war period, tells how his father, whenever conversation turned to World War II or Germany, said: "the Germans bombed our chippie".

After his military service Stan matured into a popular comedian, who became famous for his jokes about the Germans and World War II. Stan Boardman explains this kind of humour as follows: "In hard times the people in Liverpool come back with something funny to say... so instead of crying about it, we make a little bit of fun out of it, the war, you know."

"The German's bombed our chippie" became Stan Boardman's 'Trade-Mark Joke' and must not be missing in any of his performances.

Behind this saying, however, lies the pain and loss that Stan's family experienced during the bombing of their home town by the air force. One tragic night in May 1941, an air raid killed Stan's brother and Stan's babysitter, along with countless other Liverpool residents.

After reading this article I considered interviewing and drawing Stan for my Fish & Chips book project.
Stan's memories of the 'May Blitz' reminded me strongly of the reports of some refugees from Syria that I met while working on my book 'Escape from War'. I have always been interested in the experiences of my parents' and grandparents' generations during World War II and the post-war period. When the Goethe-Institut in Canada asked me to do a comic strip or an illustration on the subject of reconciliation, I decided to contact Stan.
In my piece for the Goethe-Institut, the comedian talks about his traumatic childhood memories during the war years in Liverpool and about his military service in Germany, which he remembers with pleasure.

For my book project, I would now like, as soon as the coronavirus allows, to accompany Stan Boardman on a visit to his favourite Fish & Chip Shop - a Chinese one - in Liverpool. But that's another story.

The coming together, the exchange between two parties after a conflict helps us to let wounds heal and to concentrate on the shared, the positive, in order to live in peace with – or at least next to - each other.

My parents met as teenagers on a student exchange. My father is German and my mother is originally from France. This meeting was made possible by the establishment of twin towns, initiated by Charles De Gaulle and Konrad Adenauer. I am a child of reconciliation :)

The first step was to contact Stan Boardman. He lives in Liverpool and I live in London. Via email I introduced myself to him and told him that I would like to meet him, to interview and draw him. He then told me on the phone that he would soon have a performance for veterans of the British Army, the Chelsea Pensioners, at the Royal Hospital Chelsea here in London. A few days later I met Stan at the Chelsea Pensioners' bar and interviewed and photographed him before his performance. I then used some of the photos as templates for my portrait of Stan, sketching them from the screen of my laptop. I colored the drawings on the computer. Finally I listened to the interview again, which I had recorded, and transcribed it.

I inserted the text into the layout’s drawn speech bubbles, using a digital font of my handwriting.