Whess Harman is Carrier Wit’at, a nation amalgamated by the federal government under the Lake Babine Nation. They graduated from the emily carr university’s BFA program in 2014. They are currently living and working on the territories of the Musqueam, Squamish and Tsleil-Waututh. 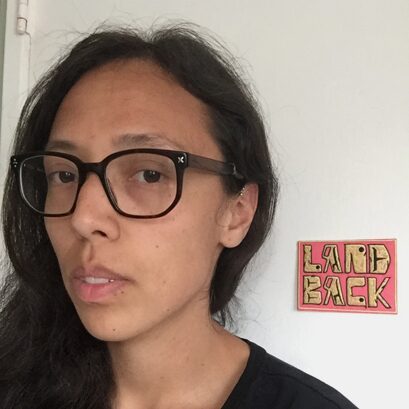 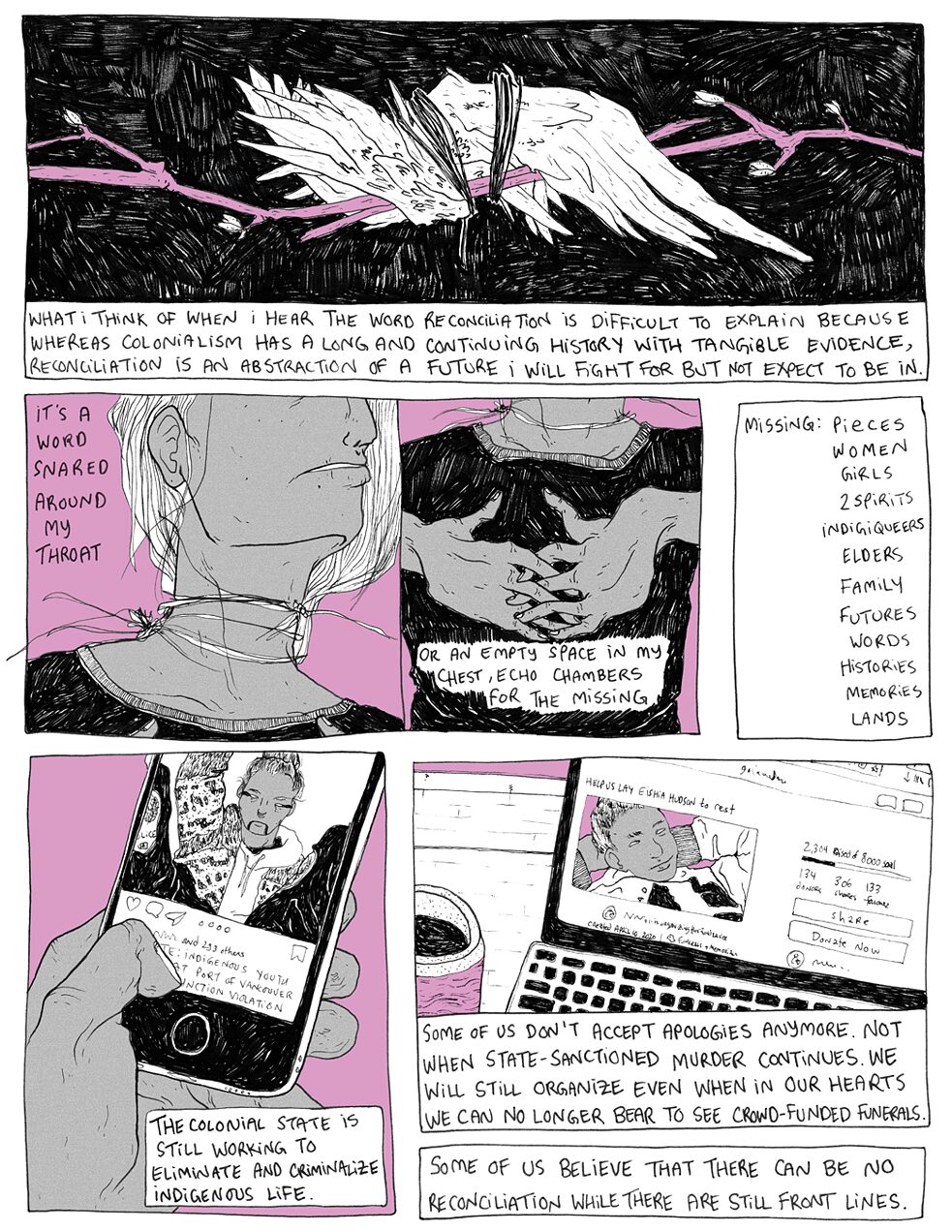 There is too gross of a disparity between words and actions

I wrote and rewrote my script so many times; with the tumultuous situation regarding the CGL pipeline and my involvement with the actions supporting the Wet’suwet’en hereditary chiefs, my feelings around reconciliation have been feeling pretty choked. I try to keep hopeful and resist being reflexively contrarian, but reconciliation as is is a top-down project between the colonial government and Indigenous peoples.

The power imbalance and the reluctance to honour documents like UNDRIP or the recommendations of the Missing and Murdered Indigenous Women and Girls Inquiry makes things like purchasing pipelines, oil bailouts, man camps during a pandemic and Trudeau’s bid for a UN seat dangerous and hypocritical.

There is too gross of a disparity between words and actions and Indigenous people are always caught in-between the damage and grief it causes. But setting down the battle isn’t an option.

I think it’s important to talk about what reconciliation is and to seriously consider what it needs to look like and who it serves because the word itself has become a broad placeholder. For Indigenous people, reconciliation must provide the means to find paths back to the land. That doesn’t just mean the literal land itself, to whom we’re indebted to and obliged to protect, but to think about the repair that needs to happen within our communities. We are the land too. I want to talk about that; I’m not interested in the current relationship with the state government. Until they’re ready to face the stinging reality that offering an apology doesn’t mean that it will be accepted, I’m much of the mind to turn inwards and focus on the land and those I love who work to defend it.

I start with my scripts first; especially in topics like these, the first round is always way too robust to fit on the page. I try not to overcomplicate my sketches, bearing in mind that if I really muck it up I can either start over or redraw and reassemble things digitally. Everything is inked by hand then edited and coloured in photoshop. It can be a lot of collaging between the start and the final product; literally. My sketches tend to be oversized and get cut and taped and glued into an approximation of what the layout needs to be.

I’m worried that my comic comes off as misery mongering instead of complexity! I’d like to add that despite the constant fear and police surveillance that comes with bringing one’s Brown, queer body to a blockade, rally or occupation, that I’ve had some of the most intensely loving experiences on the front lines. The relationships built there, those feel like a way forward and I believe in that work.

is Carrier Wit’at, a nation amalgamated by the federal government under the Lake Babine Nation. They graduated from the emily carr university’s BFA program in 2014. They are currently living and working on the territories of the Musqueam, Squamish and Tsleil-Waututh.

They use their practice as way of interpreting questions of identity and relation, both between Indigenous Nations and between the settler state. As a mixed-race, trans/non-binary artist they work to find their way through their anxiety and queer melancholy with humour and carefully mediated cynicism.