Virtual reality art undermines our ideas of the real world. It can literally pull the rug out from under our feet by suddenly giving us the power of flight, such as in Chalkroom by Laurie Anderson and Hsin-Chien Huang. Their VR world can be experienced at the Lust der Täuschung (Thrill of Deception) exhibition at the Kunsthalle Munich until January 2019. In the VR game Richie’s Plank Experience, on the other hand, you ride up a virtual skyscraper in an elevator and then feel your way onto a free-floating wooden plank. Below is a yawning abyss that inspires wobbly knees and a case of the sweats as you realise just how easily you could virtually plunge to your death.
​​ 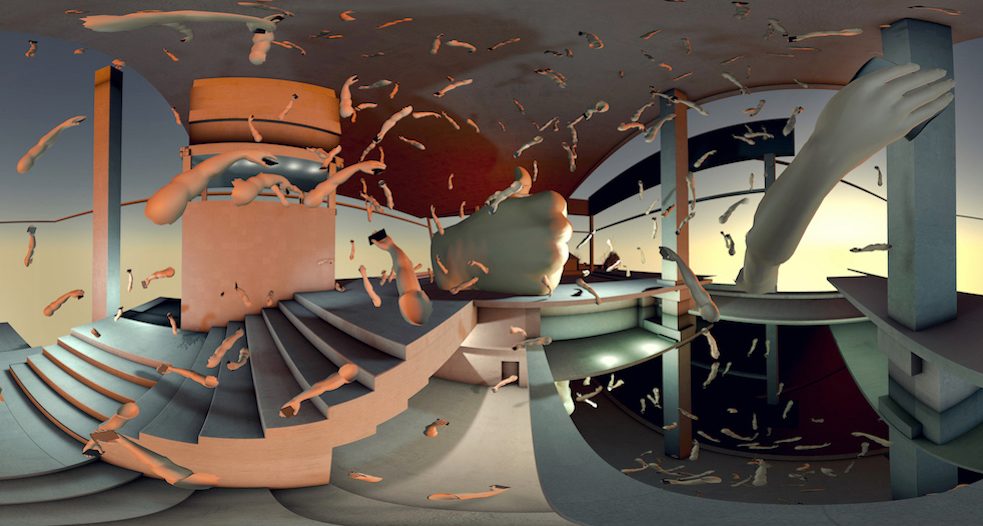 The Swan Collective’s VR experience “Here We Are – A Turing Torture” will be shown at the “Touching from a distance” show curated by medienkunstverein.com in October 2018. | Photo © the artist ​

Berlin curator duo Tina Sauerländer and Peggy Schoenegge run the peer to space platform that brings VR art and artists together. They don’t see the VR medium as entirely new in art. After all, the first VR pieces (with glasses) were already around in the 1990s, created by artists like Charlotte Davies, Monika Fleischmann, and Nicole Stenger. These gave rise to a specifically German scene. Peggy Schoenegge points to artist duo Banz & Bowinkel, who won the prize for digital sculpture at the Private School of Communication and Design Stuttgart/Ulm, digital art pioneer Tamiko Thiel, who received the audience award at the VRHAM! VR art festival in Hamburg, and Manuel Roßner, who created a virtual extension for the Unreal exhibition at the NRW Forum in Düsseldorf. Then there are festivals like VRHam and A Maze, and Philip Hausmeier and Tina Sauerländer’s online research platform for VR art, RadianceVR.co. 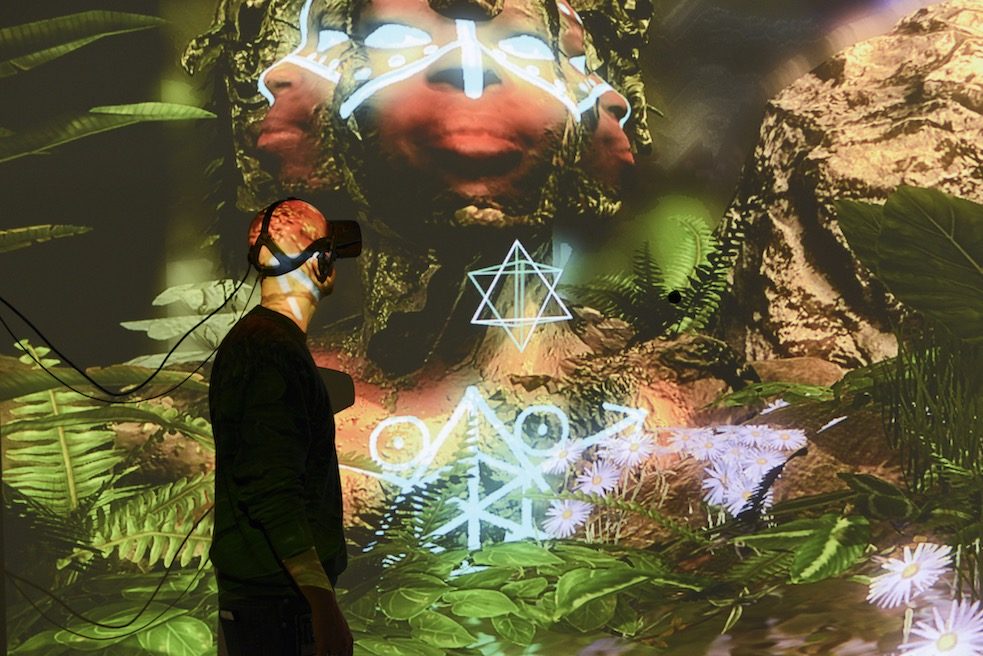 A visitor experiencing Alfredo Salazar-Caro’s VR artwork “Portrait of Elizabeth Mputu” during the exhibition “THE UNFRAMED WORLD” curated by Tina Sauerländer at the House of Electronic Arts in Basel, Switzerland, in 2017. | Photo: © Franz Wamhof ​