They make algorithms dance and breathe life into software: Artists working with artificial intelligence are exploring and blurring the distinctions between man and machine. Fans of the sci-fi series Black Mirror will love these artists. 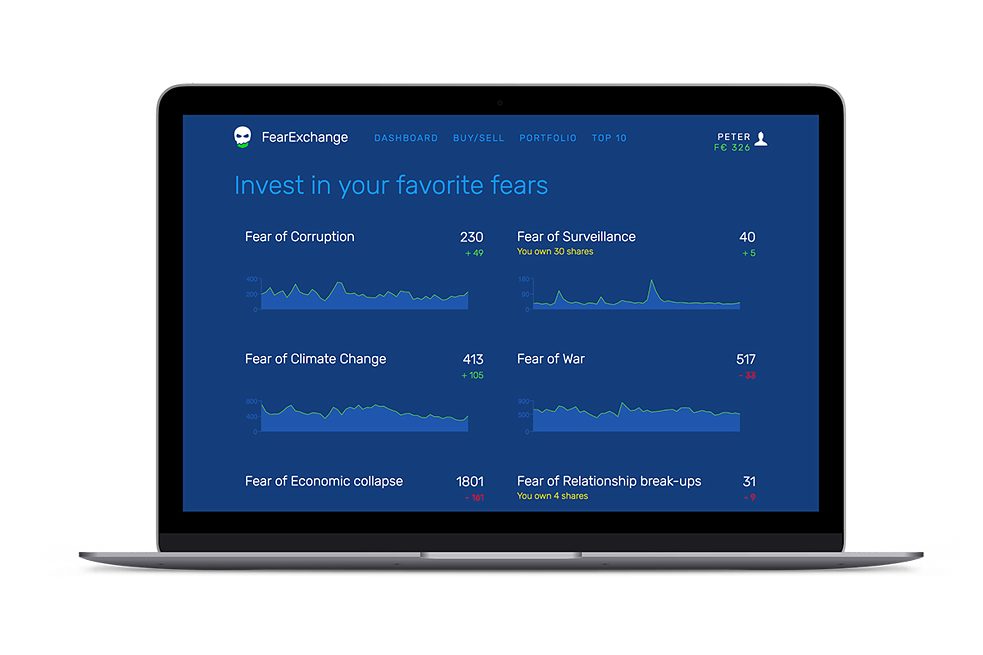 What will cause the next panic? Participants in Florian Egermann’s stock exchange game can invest in a range of fears. | Photo: © Florian Egermann, „FearExchange“, Web Art, 2017 ​Matthieu Cherubini

!Mediengruppe Bitnik (which software developers read as the NOT Mediengruppe Bitnik) is a Zurich- and London-based duo that attracted attention in 2013 when they sent WikiLeaks founder Julian Assange a camera that broadcast its journey through the postal system live on the Internet. In a subsequent project, they created the Random Darknet Shopper, an automated bot that placed random orders on illegal darknet markets and had the products sent directly to the gallery space. In 2015, their installation H3333333K added a glitch – a distorting digital image error – to the facade of the House of Electronic Arts Basel.