Film series GOETHE FILMS: The Art of the Con

THE ART OF THE CON

Buy Tickets
Your ticket includes access to in-person socials following each screening! Join us to continue the conversation and share your thoughts over refreshments.

Revealing flawed, narcissistic and charismatic characters who disguise, dazzle and dig for gold while taking advantage of others, good con artists are to a degree that—ambitious actors, accomplished artists, versatile performers, and fluid role-players. The intoxicating mix of cheating and beguiling makes for thrilling drama as well as witty comedy, often all in one. Con movies are as old as film (Dr. Mabuse), mostly male-driven (cf. the new Netflix series Inventing Anna about the fake German heiress who recently fleeced the actual New York haute-volée), and have become a scintillating genre onto itself, from The Producers to Parasite. The crooks are after survival, attention, power, fame/notoriety, and nearly always after the money—an eternally enthralling on-screen cocktail. Get in on the hustle with a century of con films full of charm, mischief, and political cunning, including premieres of a 1930 and a 2021 film.

Toronto premiere!
Operation Curveball (Germany 2020) by Johannes Naber, with Sebastian Blomberg, Dar Salim, Thorsten Merten
The surreal true story of how the Iraq war was started based on nothing but fake intelligence and the involvement of the German government and secret service.
German Film Awards 2021 Outstanding Feature Film & Best Supporting Actor
Nominated for a German Film Critics Award for Best Script
“Curveball is unpretentious, amusing, witty and pointed in a highly exciting way—and also unusually original." —German Film Rating Board

Adaptation of a classic of world literature: A handsome youth of humble origins rises to the top, helped by his dazzling appearance as well as his ability to manipulate others.
"Never has a Thomas Mann adaptation been more sensual or looked better. It is great fun to watch Fries and Kross, and especially Jannis Niewöhner, youthful, always a bit doe-eyed, prancing through this story of inner development.” —Die Welt
"Buck's Krull is the gin and tonic among Thomas Mann adaptations.” —Süddeutsche Zeitung

About Our Artists and Speakers

Cheldon Paterson aka SlowPitchSound is known for experimenting with music, visuals and live performance. He is the co-winner of the 2018 CMC Toronto Emerging Composer Award. 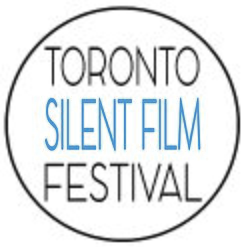