Featuring a Performance by multidisciplinary artist Laurie Rose Dauphine, as well as an introduction by Paul Farber, Director of the Monument Lab in Philadelphia.

The multidisciplinary Canadian artist Quentin VerCetty invites you to follow him on a virtual walking tour in Downtown Montréal, in which the city's monuments are to be reimagined by highlighting neglected black biographies. This will be followed by a small online reflection workshop, inviting participants to speculate with the artist on the past, present and future of monuments and the representation of black people in public space.

With the launch of the project's interactive website and a tutorial by the artist, participants and interested parties are invited to go out and experience the interactive self-guided tour themselves using their own technical mobile devices (smartphones or tablets)!

About the Project
Missing Black Technofossils Here looks at absent, erased and not yet told memories and narratives of Black African Canadians whose stories and data are not available for public view and in the landscapes of Montreal. The project will encourage users to engage with concepts of Afrofuturism through Augmented Reality.

Quentin VerCetty uses augmented reality, digital 3D-art and -printing to address Tania Inniss’ notion that “the absence of Black representation in art” is erasure. Intervening their nonappearance, the artist's multi-layered process combining research, computer-generated and -haptic-modelling aims to create digital imagery as well as sculptural works that ultimately embody within the city-scape Black Canadian community leaders. As memorials of representation these works are meant to be understood as Afrofuturistic technofossils functioning as an example of sankofanology, connecting the past, present, and future through its existence. Quentin's work also intersects with the recent debates of the renaming of the so-called “Mohrenrondell” in Sanssouci Park in Potsdam, Germany, and to the removal of confederate and colonial figures across the Black diaspora globally. 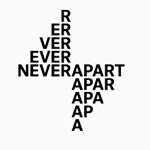