While Iraq struggles increasingly with the impact of environmental problems such as air and water pollution, it continues to prioritise political challenges over the protection of its environment. Seeking to address the suffering of a growing part of the Iraqi population from the dramatic effects of pollution, the project “Guan Eden” brings the combined strengths of environmental activists and artists to one table. Together they will develop strategies to sensitise students at elementary school level – tomorrow’s generation – to the importance of environmental issues.

After years of political conflict, Iraq has made security and stability its top priorities. As these urgent matters dominate the political agenda, we watch as environmental protection sinks into oblivion and many people are left to face a real threat to their very existence. Among the many challenges is a lack of environmental standards, as reflected, for instance, in the production of oil, which contributes greatly to the pollution of air and water. The contamination of water is especially devastating against the background of an acute water scarcity in Iraq. Although civil society, in the shape of local organisations or NGOs, has become active on environmental issues, its initiatives lack the financial means and access to state institutions in order to reach out effectively and exert political influence.

With its project “Guan Eden”, the Goethe-Institut aims to build a bridge between Iraqi environmentalists, artists, and public school students. It tasks local environmental activists and artists with the development of creative environmental campaigns that are appropriate for children and can be launched at public primary schools in Iraq. In practice this means that activists inform the campaign with their technical knowhow, while artists take charge of its design to make sure contents are clear to children of school age. The project also seeks to involve representatives of the public education system in an effort to establish lasting dialogue between activists, on the one hand, and decision-makers, on the other. Ultimately, environmental campaigns should become a part of the activities at Iraqi primary schools.

To this end, the project operates at different levels. First of all, it provides for the establishment of a development fund which ensures the financial means for the implementation of awareness campaigns are available. Activists and artists can apply in tandem for funding by submitting their ideas. The project further includes training opportunities from which participating activists and artists can draw inspiration for the child-friendly presentation of contents and the visual design of their campaigns respectively.

Finally, a network conference seeks to encourage dialogue between artists and actors of civil environmental initiatives. Together they will develop policy recommendations for the education system that aim at promoting a greater awareness to environmental issues in school children. The outcome of the conference provides the foundation on which the dialogue between activists and educational institutions can build.

“Guan Eden” is a project of the Goethe-Institut and supported by the German Federal Foreign Office. 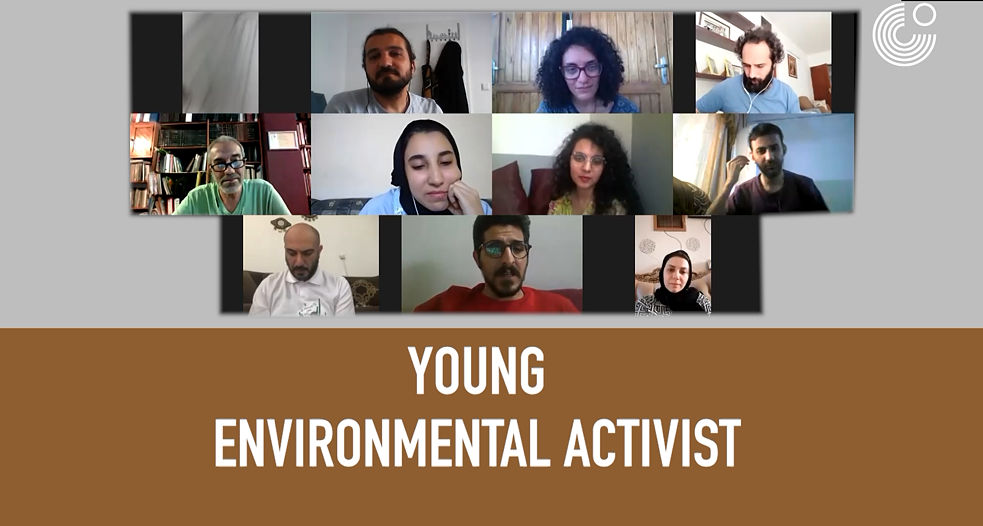