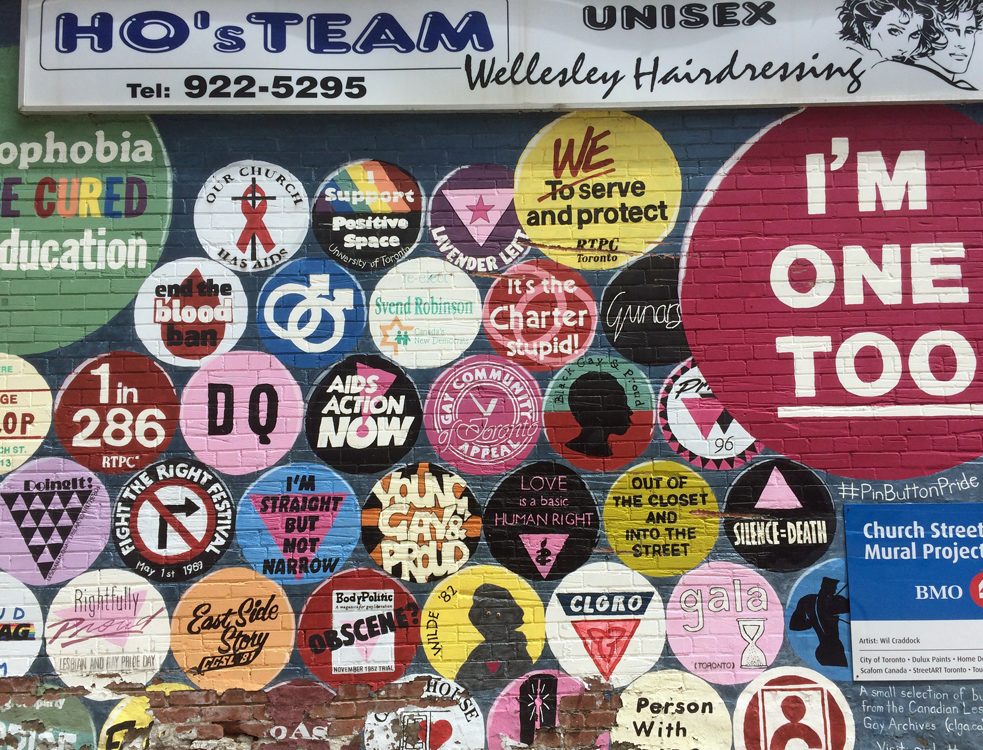 Between 2013 and 2014, 13 artists came together in Toronto as part of World Pride to redesign the walls of Church-Wellesley Village. Church-Wellesley Village is the center of the LGBTQ community in Toronto and should be highlighted as such by the new murals. The focus of the so-called Church Street Murals project was to bring the residents together to redesign their neighborhood, to revive the memory of the history of the LGBTQ movement and to present the associated culture. In the course of the project, eleven large-format murals were created, which together form an open-air art gallery that was admired by thousands of visitors as part of World Pride. In addition to the art project, further cultural events were offered. After the initial project in 2014, the village was continuously supplemented by further murals.

One of the 13 artists is William Craddock. In an interview, he explains that his works are often based on photographs or videos and represent identities, moments and places as he sees them, contain elements of politics, activism, spirituality and homosexual identity, and explore traditional ideas and images from a new perspective.

His wall painting for the Church Street Murals project consists of the motifs of various buttons created over decades in the context of the LGBTQ community. They come from various events, festivals, organizations and initiatives. Before they became a mural in the Church Street Murals project, the buttons were part of his Pin Button Project, an online exhibition. But it wasn’t just him who painted the buttons on the wall. His idea was to bring the community together and let people participate in his work.

As such, different people could choose a button, which they wanted to paint into the mural themselves. Nevertheless, the design and arrangement of the buttons were very well thought out by William; he sat for a long time arranging the buttons differently until he came to the final result. His goal was to illustrate the current importance of the LGBTQ community and the important role it has played for decades. William was also primarily concerned with knowledge transfer. At the same time - through the joint design of the wall - engagement, inclusion and commitment should be promoted.