Techno Worlds
From Tresor to Loveparade – the golden era of techno

Tens of thousands of ravers gathered together for one night: Mayday 1994 in Dortmund. | Photo: © zeitmaschine.org | Tilman Brembs

Techno – it was the spirit of dance and of life itself in the nineties. Tilman Brembs was right there with his camera: a photographic journey through the rave era. 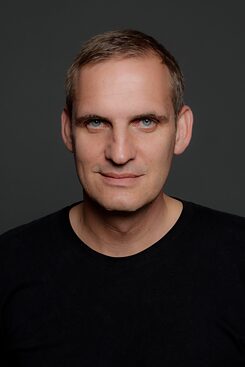 Tilman Brembs | Photo: © Tilman Brembs The photographer Tilman Brembs has lived in the capital for over 40 years and has been following the cultural and subcultural development of Berlin for just as long. As “in-house photographer” for the techno magazine Frontpage, Tilman Brembs has always had his finger on the pulse: he did not only chronicle the early years of techno, in fact he was also an integral element of this music scene and its party culture. His archive includes around 20,000 photos from the 1990s, a comprehensive chronicle of the early days of techno. These images do not only depict the world through the eyes of their documentarist, but should be seen as an inspiration for the viewer and invite them to study the story behind the moment. In his project Zeitmaschine Tilman Brembs depicts the people who filled the times with vitality, setting a stage for fashion, lifestyle and the artists.

Sarah Klein is editor-in-chief of the "Tea after Twelve" online magazine and managing director of the Bunny Island GmbH communication agency.