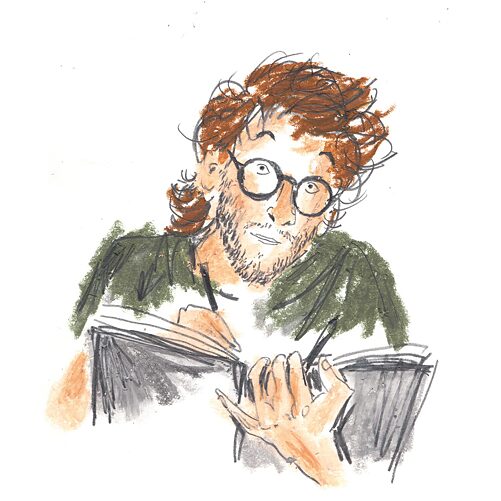 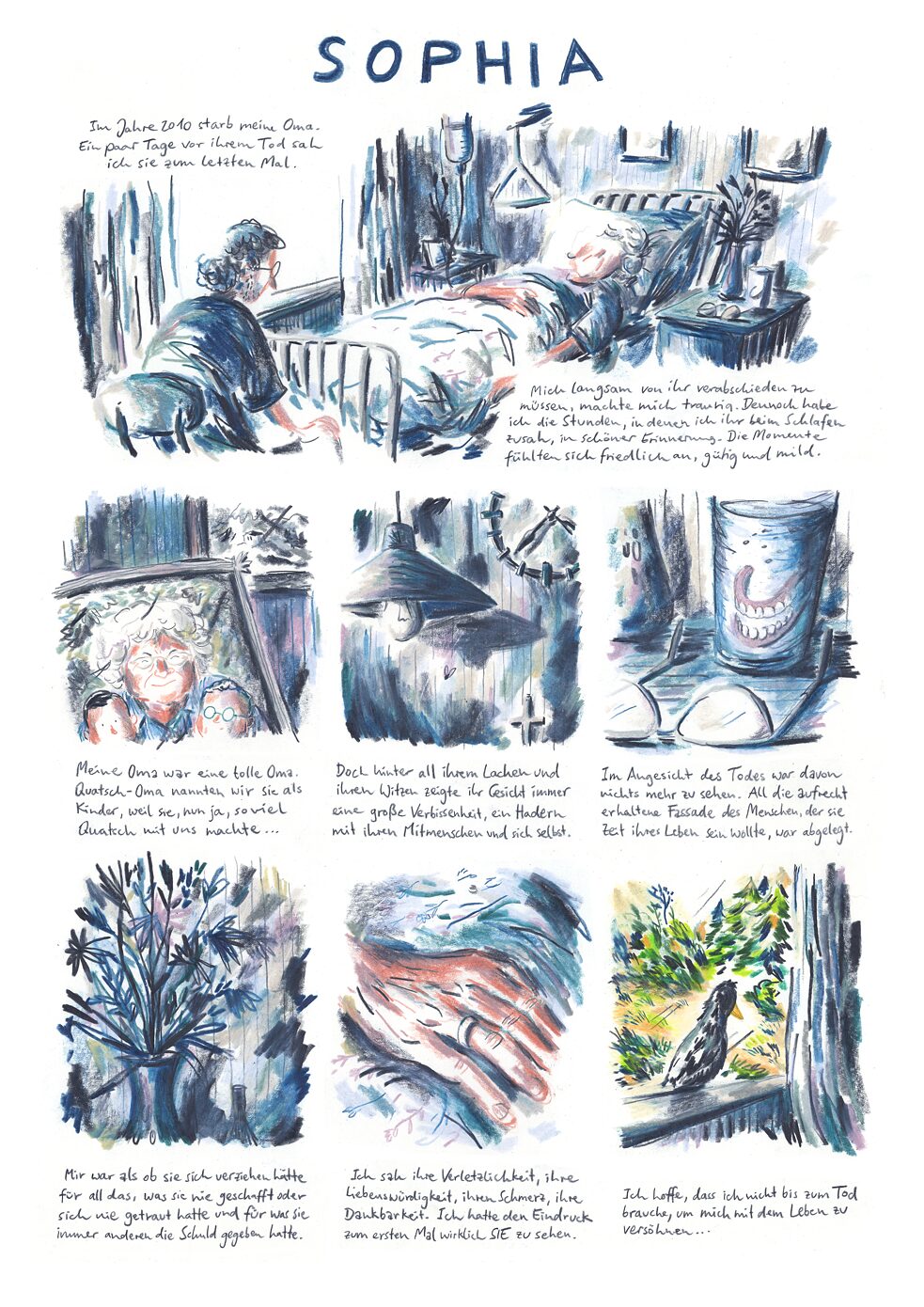 2.
It made me sad to have to say that slow goodbye. Still, I have good memories of the hours I spent watching her sleep. The moments felt peaceful, gracious and gentle.

3.
My Oma was a wonderful grandmother. Silly-Oma is what we called her as kids, because she did so many silly things with us…

4.
But behind her laughter and her jokes, there was always something dogged in her expression, at odds with others and herself.

5.
In the face of death, it disappeared from sight. The entire façade of the person she’d wanted to be all her life was set aside.

6.
It seemed as though she’d forgiven herself for everything she hadn’t done or had lacked the courage to do and for which she’d always blamed others.

7.
I saw her vulnerability, her kindness, her pain, her gratitude. I felt like I was truly seeing HER for the first time.

8.
I hope it doesn’t take me until I die to come to terms with life….

The most difficult thing is probably to reconcile with yourself

I spent quite a while reflecting on what the word “reconciliation” means to me. In this process, several thoughts and stories came to my mind. But the topic of "self-reconciliation" touched me the most.

To reconcile with someone else, e.g. to settle an argument or forgive someone a mistake, is sometimes not easy. But the most difficult thing is probably to reconcile with yourself. After all, it is with oneself that one is least lenient.

We have high expectations of ourselves and if we notice that we cannot fulfill them and fail in our plans, we often wear ourselves out. We are our own greatest critic. At least that's how it is with me and many other people I know. And I also believe that it was the same with my grandparents.
I have so far experienced the death of three of my grandparents. In each of these cases, death was preceded by illness for some time; it was clear they were approaching the end of their lives.
And in all of them I could witness how they came to terms with themselves and reached calmness, at least to a certain degree. I noticed this most intensively with my grandmother Sophia, who is the subject of my story. I interpreted it as a kind of reconciliation with oneself and one’s life. It was very beautiful to observe this - but I also wonder whether it’s possible to engage in such a process earlier on, and not only as you near death.


Why is reconciliation as a subject important to you?

To settle an argument (with oneself or with another person) is one of the most redeeming and beautiful feelings I know. I like to reconcile, I can admit my own mistakes, I can forgive others their mistakes. But dealing with conflicts, talking about them and finding solutions is also something that I sometimes have trouble with. But I do my best and hope to become better and better.

However, I also observe many people who insist on their point of view just to avoid admitting their own shortcomings. Or who stay forever resentful. Or who avoid communication and discussion about a point of contention. This causes a lot of the aggression we experience in this world – both on a large and on a small scale.

Normally I am someone who leaves a lot of room for the unplanned and for improvisation in his work. Most of the time, picture and text are created hand in hand and many things change in the "making" ; I rarely do preliminary drawings. It was different with this story. Here, I first wrote the text and then thought about how I could arrange it on the page and about which pictures would capture its mood properly. I made some sketches before I started with the final drawings. So I planned everything well. I drew with crayon.

It's been a long time since I last drew a classic comic. It was fun doing it again.

Sebastian Loerscher, born in Paris in 1985 and raised near Munich, is a Berlin-based graphic artist and author. He studied Visual Communication at the University of Applied Sciences Würzburg and at the Berlin-Weissensee School of Art. His graphic novels have received numerous awards (including the Sondermann Prize and the Stiftung Buchkunst Prize) and are in the catalogues of various publishers in Germany and France.

For his clients he works in the fields of illustration and graphic recording and conducts all sorts of workshops on drawing and storytelling.