YI LUO, who is originally from China, has lived in Germany since 2007 and is currently studying animation at the Film Academy Baden-Württemberg. Under the pseudonym Yinfinity she works as an illustrator and comic artist, her works being published e.g. in the Süddeutsche Zeitung and the comic magazine Jazam! In 2016 her comic debut Running Girl was released by the publishing house Reprodukt. When she's not drawing comics, she works on her animation films or enjoys life. 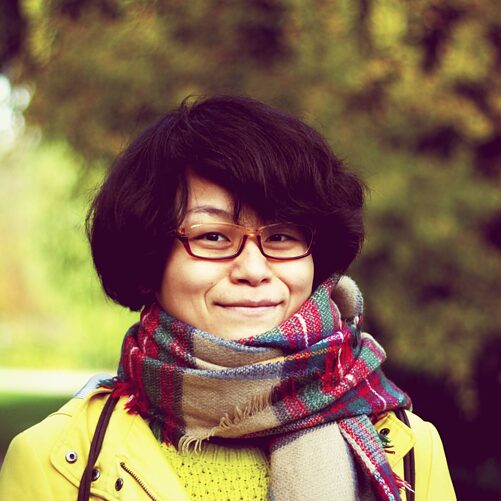 ​Tears of a Mad Woman

When I was a 13 year old kid attending boarding school, I had to sleep over every weekend at Aunt Rong’s house, who was a good friend of my mother. For a very long time I did not like her, although she was actually very nice to me. One day she took me to the cinema. There we shared a very intimate moment together.

You can read the whole 8-page comic here. 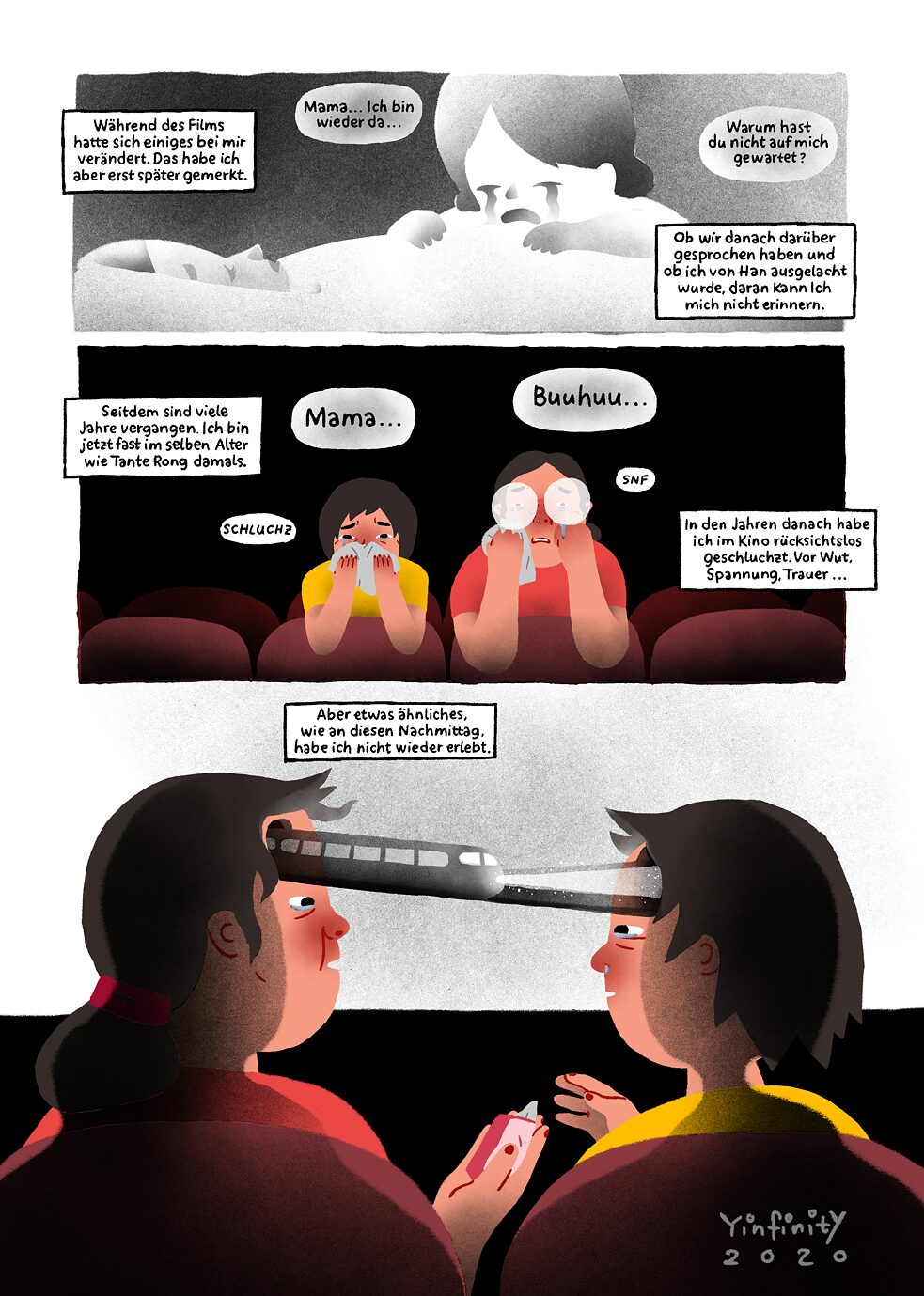 Why didn’t you wait for me?

I can't remember whether we talked about it afterward and whether Han made fun of me.

2.
Many years have gone by. I’m almost as old now as my Aunt Rong was back then.

In the years that followed, I’d sob shamelessly in movie theatres. Out of rage, stress, grief….

3.
But I never again experienced anything like what happened that afternoon.

When you read the whole comic, hopefully you can understand what I want to convey with it. I think there are not only barriers between large groups, people of different faiths and ideologies, but also between individuals. What connects two people who perhaps come from different backgrounds, how can they approach each other – that’s what I’m interested in. I composed this story based on my own experience with my aunt and what I learned in the process.

Why is reconciliation as a subject important to you?

Because I believe it affects every person. Everyone is hurt by others in life, and at the same time everyone can be the source of others' grief or anger. We don't want to carry such negative emotions around with us all our lives, let alone be hurt further.

It varies. Sometimes I come up with the idea for the text first. Then that’s what I start with. As soon as I feel that the idea works and I find myself thinking about the images, I start to create the pictures. At this stage I also rewrite the texts I made in the first phase. Often I have to rework the text and pictures again and again and adapt them to each other until they work well together, i.e. complement and reinforce each other.
However, sometimes the ideas for the pictures come first, then of course I start doing the pictures and turn to the text later – it’s a similar process actually. I don't plan much in advance, but a lot of things come into being during this back and forth process.
I usually draw the first pictures on paper, maybe because then I can't make everything "perfect" right on the spot, and so I can concentrate better on the ideas themselves. When the first draft is finished, I continue working on it on the computer.

What else would you like to tell us about your work?