Underground Cinema
Quebec cinema at the time of the underground

In the film À soir on fait peur au monde (Tonight we scare the shit out of people) by François Brault and Jean Dansereau, the counter cultural icon Robert Charlebois, immortalized on his first tour of France, is being interviewed by a journalist. To the question “Qu’est-ce que l’underground?” (“What’s the underground?”) –a word he gets the interviewer to repeat imitating his accent– he answers that you shouldn’t talk about the underground too much so that it stays the way it is. His joke has a ring of truth to it: if you talk about it too much, the attraction of the underground is lost.

In the case of the most skillful craftsmen their renown creates a sort of showcase for the underground as in certain works by Warhol, pulling in some of the otherwise obscure artists who gravitated around his Factory. Despite their celebrity, certain artists managed to escape from this showcase, however. This was the case of Jonas Mekas, a prominent figure of American experimental cinema whose films by their treatment and their exacting character belong to the underground: Walden, famous film-compendium, somewhere between an intimate diary and a journal of society life, hasn’t been seen that much.

It’s a question of approach, of style. A distanced reading of this countercurrent is easily made in Quebec with its share of Americanness and its link with France. If in the middle of the ninety sixties it was difficult to identify unequivocally the underground in Quebec (the National Film Board of Canada being a laboratory in which innovative and off-the-wall films saw the light of day), it emerges, however, in France at the same time via a so-called Quebec filmmaker, resident in Paris since his teenage years. His aesthetic approach is under the influence of North American practices, not that far from Mekas or even the Factory.

Étienne O’Leary returned to live in Quebec after making his films, these being consequently archived in Montreal. The rediscovery of his work is proof of the geopolitics of underground cinema between two worlds, France and the U.S.A. His films testify to his appropriation of material (celluloid) and apparatus (camera) used to meld intimate and formal experiences close to bruitisme (noise music). According to the chronicler of the French underground Jean-Pierre Bouyxou, O’Leary would contribute to generating a community of Parisian filmmakers and visual artists shaped by the counterculture and the underground, who created happenings characterized by the recuperation of pop culture and in which totemic films such as Genet’s Un chant d’amour (A Love Song) and the works of Maya Deren were screened.

Pop Art, a reference legitimizing the use of equipment and techniques belonging to popular culture and taking place in a context of the democratization of cinematographic processes with the family film phenomenon, was going to leave both experimental cinema and so-called amateur productions off the radar and the official market niches. We were at a time when Quebec cinema in fact was working to assert itself and that could only come about by creating an industry. This search for legitimacy led to a need for the professional recognition of filmmaking that started off as a kind of craftsmanship. With the arrival of video, the experimental milieu was gradually being organized around artist centres and groups from the 1970s onwards (just think of Main Film, Prim, Vidéo Femmes, Vidéographe...). 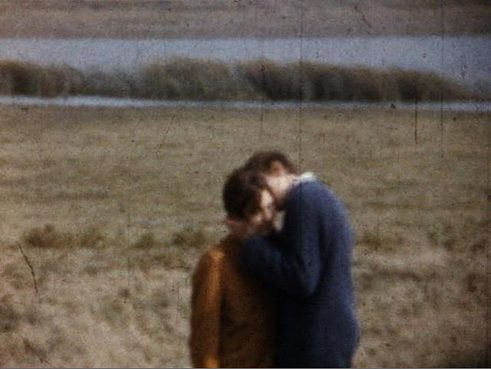 Beyond the geopolitics of and the initiation to the underground, research reveals films never shown in the time when they were first made. The democratization of the use of small cameras nowadays favors the appreciation of talents whose confidential works have never been seen.

The underground can be praxis elevated above all other considerations (hence its attachment to the event, the happening) and not concerned with longevity. In order to testify to the spirit of the time and to react to it, the recognition of one’s peers is superfluous and in this respect the discovery of the films of the young filmmaker Diane Dupuis is emblematic. There is nothing more valuable than an underground film made confidentially to seize the spirit of bygone days.

The filmmaker Diane Dupuis made five films in the middle of the sixties and no one had seen them until the culture historian Eric Fillion heard about them. He had to meet her to record her account of the adventures of the Quatuor de jazz libre du Québec whom she had been following closely (and who incidentally accompanied Robert Charlebois). As a teenager Dupuis made films that wouldn’t be considered underground but rather an experimental try out if it wasn’t for the fact that they tapped into the spirit of the time and were witness to the power take-over by Quebec youth, in part imaginary, and accordingly linked to the visionary artistic feats of that same youth.

Of the three films by Dupuis that survived from the time by surmounting their subterranean existence, two are of importance to illustrate what I am describing: Veulent (Want) and Les amazones (The Amazons) that Diane Dupuis made in 1966, before she was 17. Veulent is unfinished but it is its character as a sketch that attracts one’s interest: on a small island near Montreal it shows the romantic entanglements of two girls and a boy (of the same age as the director) in a scenography of feelings in which the situations are expressed by the movements of the characters, their expressions and gestures (cries, joyful laughter, confusion, evasions and reconciliation). The island becomes a scene where sentimental confusion is expressed with the energy expended and channeled by the photogenic setting. As does the majority of the experimental cinema produced with the means of the amateur filmmakers, Diane Dupuis uses the Super 8 camera. 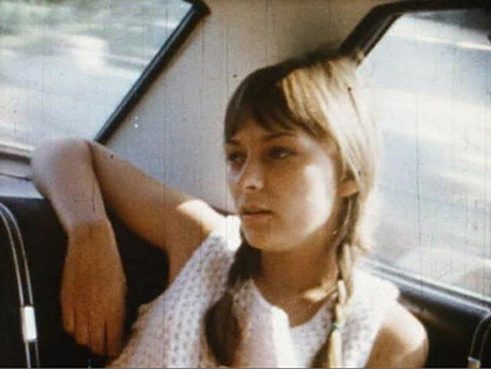 ©Diane Dupuis The second film is more appropriate in testifying to its time. Les amazones seems to be an amateur vacation film conceived by an astute woman who has a sense of rhythm and a mastery of editing. The first shots pick out from a distance some girls on holiday bathing in a river: neoclassical music accompanies the images and the camera reflects on the bucolic moment with this wide shot. The first part shows this community before a happening. In the cottage where the group is living, some paint naïve frescos on the walls while others are involved in body painting. Newcomers, boys, mix with the group and join in some dancing.

Would this be the first psychedelic Quebec film? Perhaps. This term was entering the general vocabulary as the film was being made, but it is as if a young anonymous woman had dreamed it all up beforehand. Searching through cinematic archives sometimes allows one to uncover secret dreams that wanted nothing more than to disperse into thin air.

Guillaume Lafleur is programmer-curator at the Cinémathèque québécoise. He has published Pratiques minoritaires, fragments d’une histoire méconnue du cinéma québécois (Minority practices, fragments of a little-known history of Quebec cinema) (1937-1973) at Varia in 2015.