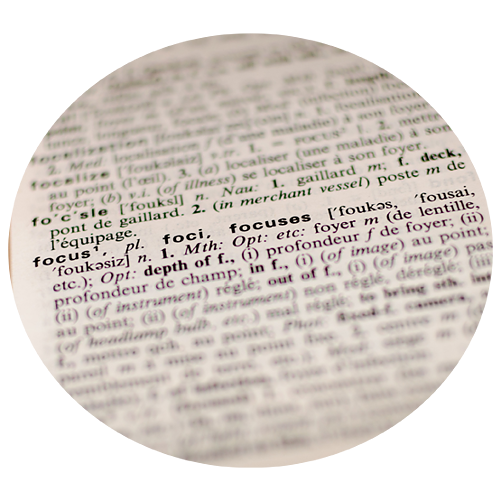 Nelken, known in English as Carnations, is one of the most important and most frequently performed pieces by Pina Bausch all over the world.

I’m not interested in how people move, but what moves them.

The stage is a huge field of artificial carnations, over which the dancers move slowly so as not to crush the pink sea of flowers. In the course of the almost two-hour performance, the untroubled mood changes; bedlam commences when chairs are carried onto the stage on which the dancers move homogeneously. (...)

Experience the works of the internationally renowned photo artist Ursula Kaufmann, which will be the subject of a projection exhibition in the windows of the Goethe-Institut Montreal in autumn 2020.

That point in the drama where it starts to hurt, that’s where the work gets interesting


Schimmelpfennig, a well known dramatist shares an introduction to his debut novel read in three languages. Find out more about one of Germany's most important modern playwrights.

German film is a programming focus for the Goethe-Institut Canada. On this page we provide you with an overview of current events, online offerings, the various film series, reviews of highlights of past programs and other information about German film.

The year 2019 and music? The whole year was about completely different things than music, it might seem. But that's not quite true - musically, too, the year was eventful, controversial and, looking back, not bad at all. In this review, our authors try to summarize an, on closer inspection very exciting German music year.

While we’re ushering the old year out these days, the conclusions drawn are of significant weight considering that 2019 is the end of an entire decade. The new decade beckons, smiles, threatens. The twenties of the 21st century! In order to make a good transition, we need to know what we’re leaving behind. What’s resonating in our ears, what’s stayed in our hearts, what debates have we been having and what can we simply put in the bin?

One striking feature of Neue Musik is how difficult it is to grasp. Thousands of actors are constantly reinventing Neue Musik in hundreds of places in Germany. This is an attempt at an overview.

In 2019, global problems found their way into the German scene: Climate crisis, displacement from inner cities, Israeli-Palestinian conflict – it seemed as if the club culture was no longer the hedonistic playground it was meant to be. However, the year’s musical trends put a stop to that.

More about German music in 2019

Television “Made in Germany” is having a golden moment with the rise of international streaming services. German series that appeal to global audiences through smart and original writing, diverse themes, talented lineups and opulent productions have never received so much attention. In this dossier, we’ll highlight binge-worthy German serials and fill you in on where to watch them in Canada.

How much are your morals worth? What would you sacrifice to be a player in the male-dominated banking world? The series is about the European financial market, but its relevance is global.

German Series in Canada
​How To Sell Drugs Online (Fast)

The first German-made drug tale is about an 18-year-old from Leipzig who goes by the name of “Shiny Flakes” on the darknet and in whose bedroom the cops discovered 320 kilograms of narcotics. (Not) a tutorial.

A century ago, in 1919, Walter Gropius founded the Bauhaus School of Art and Design with the aim of making German design internationally more competitive. In the following years, the Bauhaus revolutionized not only the world of design and the arts, but also that of architecture, and became one of the most important cultural factors of the century worldwide. Our dossier on this year's anniversary presents interesting facts, milestones and hopefully inspiring insights into this fascinating movement.

To the dossier "100 Years of Bauhaus“

With the Stroke of a Pen

Our focus is on the graphic novel scene in Germany and some of its most important authors. We take a look back at the last decades of German comic history and let some of the protagonists of the scene have their say.

The reunification has put Germany back on the world map of graphic novels. A look back at 30 years of German comic history.

© raumlaborberlin on behalf of Kulturprojekte Berlin

Libraries lead us through a flood of analogue and digital information, can be a platform for exchange, space for encounters or social anchors in the city. With our series “Future Libraries” we shed light on challenges, trends and examples of success around the future of the library.

2018 was a difficult year, seen from a political and social point of view. In addition, there were drastic changes in traditional markets such as the physical media formats.

At the threshold to a new era

The dossier about the era of Posthumanism addresses the ethical, social and political issues associated with it, as well as ways of dealing creatively with them.

© Goethe-Institut
How do we want to live? In view of skyrocketing rents and property prices in cities worldwide, this is not so easy to answer. Ideas from the past, present and for the future help with solutions.

© Photo: Jerry Kiesewetter on Unsplash
What are the vital issues that women and feminists in Canada and Germany today consider to be of burning importance, what are they concerned about? And what else is there still to do? This is a showcase of people who are involved in the field of culture and who are dealing with the currently most pressing feminist issues and debates.

© Michael Gaida/Pixabay
2017 was a politically charged year - in Germany, in Europe and in the world. Whether and how this has also been reflected in the German music scene, you can find out in our new Focus “German Music In Review: 2017”.

© Rosa-Frank.com
One of the most unusual choreographers of our time was our guest in Montreal in April 2018. Read more about this exceptional artist on our focus page.

Photo: Freedom House / Flickr via Creative Commons, CC0
How do refugees contribute to the society of their arrival country? What are the reciprocal influences? How can the arrival be shaped differently?

No other subject has been as controversially discussed nor polarized as much. So far the discussions have been about refugees as a homogenous group though, and their situation has been generalized. This dossier is trying to add a micro-perspective.

Discrimination in schools
Better marks without a headscarf

All children are supposed to have equal educational opportunities – that sounds good in theory. In reality, however, many pupils of migrant origin experience discrimination. A number of initiatives in Berlin are committed to changing this.

Photo: Anders Jensen-Urstad via Wikimedia Commons, CC BY-SA 3,0
„Underground“ - what does this word, with its air of revolt against the establishment, still signify? What does it evoke, today? And what can Underground achieve today?

Does it always arise out of disagreement or rather does it reflect a parallel “praxis” that is not necessarily seeking confrontation? A practice operating discreetly and on the fringes of official networks, searching for neither recognition nor longevity… This collection aims to provide elements of a response by examining a range of cultural domains from here and from Germany.

An other literature
An Other Literary Life: The Public Reading Scene

Having emerged through the cracks in a declining system of cultural production and distribution, outside the official institutions and businesses dedicated to literature, another literary scene exists in Quebec and renews itself daily.

Protest Song in Germany
“Destroy What Destroys You!”

Underground has become complicated. Because it assumes that there are norms that must be protested against.

Toronto has a thriving underground scene, so naturally these performers and artists need spaces where they can showcase their work.

Each country has its characteristics, history and culture, and these are strongly reflected in our work. The goal of our online activities is not limited to informing you about Germany; we also seek to engage in a dialogue with the people of Canada and to promote genuine encounters through a multimedia and interactive platform.

Would you like to experience Germany or establish contact with German institutions? We offer services like information about scholarships, our translation program and studying in Germany.