The composer and musician Markus Mehr in Montreal
"Water is everything“

Liquid Empires | © Keep it, Love it, Call it George

The composer Markus Mehr from Augsburg will perform his work Liquid Empires in Montreal at the Akousma festival in autumn 2018.

“Water is everything. It is life-giving and deadly, it is progress and comfort, it is central to our economy, energy, transport, food, warmth, cooling and manufacturing”

says the composer, musician and producer Markus Mehr from Augsburg in the info sheet to his latest album Liquid Empires, the eighth under his name.

Since putting out his debut album Lava in the year 2010, an abstract work with high emotional density, he has dedicated his work to further experiments in sound art, orchestral and partly non-harmonic sound sculptures, digital surrealism and noise elements erupting in sometimes repetitive canons (full discography below).

He however leads his sprawling compositions back to atmospheric passages full of harmony, weaves in guitars or string samples, creating multi-layered, moving pieces full of suspense and density. In numerous performances from Augsburg to Casablanca, Mehr collaborates with the visual artist Stefanie Sixt, a long-standing collaboration, from which also numerous video clips have been created.

In fall 2018, Mehr has now been invited to present his latest work to the audience of Montreal’s prestigious Akousma Festival for immersive electronic music. Almost all the sounds on the album were recorded underwater, the results digitally processed and made into coherent compositions using spectral analysis and time manipulation software. The beautiful and mystical textures and patterns are among the most exciting compositions in Mehr’s work. We took the chance to ask him some questions on the occasion of his visit to Montreal.

Markus Mehr, the renowned Montreal Akousma Festival has invited you this year. How did the contact come about? 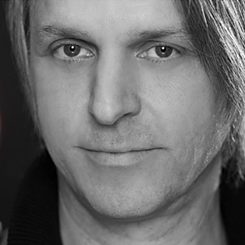 Markus Mehr | © Frauke Wichmann I am my own booking agency and permanently scan the festival landscape. Often, colleagues recommend festivals on which they have played, which was the case of the Akousma festival. However, it took us a good two to finally make it happen.

Your new album is called Liquid Empires, and almost all sounds have been recorded underwater. What significance does this element have for you?

Water is literally everything. It is an integral part of ourselves, we spend our first nine months in it, it gives life and can take it. It is full of mysticism, unexplored, inscrutable. And "of course" we commercialize it and contaminate it. Drinking water is becoming increasingly scarce, so it has globally more and more existential social, political meaning.

Experimental music does not work as a sterile laboratory product

In contrast to most contemporary composers of experimental music you incorporate elements of pop music (synthesizer sequences, guitar samples) in your compositions, which, taken out of their usual context, have a strong emotional power. Is this love of music or provocation?

I find it important that in addition to demanding, strenuous, unusual passages, conciliatory, harmonious, lighter elements will find their place. This compositional dynamic is just as important to me as loud/quiet or deep/wide etc. Experimental music does not work as a sterile laboratory product. In fact, the emotional moment is important. We want to be touched, seduced, kidnapped, just because of that we listen to music, view pictures or read books. The "how" doesn't matter to me personally.

What role does technology play in your work? Is it only a means to an end or does it have its own role?

Without studio technology, I'm nothing. I use virtually no conventional instruments, but work almost exclusively with field recordings. This was already the case with the last albums and is even more extreme at LIQUID EMPIRES. What sounds like synthesizers is rarely actually one, with few exceptions. I have used my Juno 106 on this album in a few places and some strings as a counterweight. The rest is “heavy processing”.

Painting or short story - which idea fits your music better?

Both. I love it when something is brought to the point quickly and excitingly. A good story doesn't have to fill a book with a thousand pages. The genesis of my music, however, rather resembles a huge-format painting. It often takes months, because I have to always take large breaks, followed by intense periods of creation where I get lost in the most tiny details..

Your music is constantly changing, each album has a new concept. Is this all part of a master plan, or does the new ideas arise spontaneously?

So far, I always have a theme, a task, a concept in my head that I follow. Not static and in the course of making, new aspects are still added, but the basic order is almost in advance. At LIQUID EMPIRES, the idea was to listen to the "world of the inaudible" or so to say to use the recordings as a sound source for my music.

In recent years you have been in addition to many German cities in Casablanca, Verona, Madeira, Rotterdam and now in Montreal. Where are you planning on going next year?

That depends on who invites me. I like to play in front of spectators, but do not forcefully push the live performances. And I'm usually very interested in destinations that I can reach by train. Nevertheless, I am very much looking forward to Montreal and the Akousma Festival.

The Interview was conducted by the online editor of the Goethe-Institut Montreal, Michael Krell.