Ricarda Roggan captures the special aura of film projectors. Their weight, clattering, flickering has fascinated the photographer from Leipzig since her youth when she worked as a projectionist in the USA. When searching for projectors retired in the digital age, she encountered a collector who kept old 35mm, 16mm, and 8mm machines in his Leipzig garden shed. Roggan separated out the ones she liked —Weimar, Noris, Ernemann...— and, with her large-format analog camera, produced hermetical stagings only illuminated by the projector lights through an ingenious system of reflections. In their sober objectivity, the apparatus seem frozen in time yet hinting at an anthropomorphic narrative.

In the Goethe Media Space, three photos from the series are arranged alongside a Bauer projector and a sound installation of Roggan's record “Agfa Bauer …". and a reading room around her practice.

While Ricarda Roggan cannot be with us in Toronto, we will contextualize the exhibition with three commissioned essays on our film blog: TIFF tech managers (and former Goethe-Institut Toronto projectionists) James King and Andrei Gravelle alongside Roggan provide personal appreciations of the three projectors introduced in the show.

Ricarda Roggan is one of Germany’s preeminent photographers. Born 1972 in Dresden, she studied at the Academy of Visual Arts in Leipzig with Prof. Timm Rautert and at the Royal College of Art London.
In austere objectivity, Ricarda Roggan portrays items that have been marginalized, have forfeited their function, have been archived, have become legacies of an earlier era. These are composed as arrangements in a purged environment. In Roggan's precise constructions, an analytic spectrum of object-space relationships unfolds.
Her works are in public collections such as the Photographic Collection of the Museum Folkwang, Essen; Collection of the German Parliament, Berlin; State Art Collection, Dresden. She has exhibited among others at KW Berlin, Kunstverein Hannover, Ando Gallery, Tokyo. Since 2013, Ricarda Roggan has held a professorship for photography at the State Academy of Fine Arts Stuttgart.
She lives and works in Leipzig.

Ricarda Roggan: The Moviegoer
The film "The Moviegoer" ("Die Kinogängerin“), commissioned by the Goethe-Institut Toronto as part of the exhibition KINO by Leipzig photographer Ricarda Roggan at the Goethe Media Space 2020, is a personal revision of the post-reunification years 1994-99. In a dense montage of private archival material and spoken and written text, the artist crafts a short story about dust and glamour, flight and responsibilities and the desire to inhabit a room in a palace adjacent to a movie theatre. A recollection of seeking refuge in the darkness of the cinema, escaping colliding systems, wrong colours, and an altogether too linear timeline.

Please note that our events are by invitation/request for groups of up to 8 guests only, physically distanced, and masked to ensure everyone’s safety.

Thank you to Astrid Hamm and Galerie EIGEN+ART

Part of the Goethe-Institut's focus on Shaping the Past. 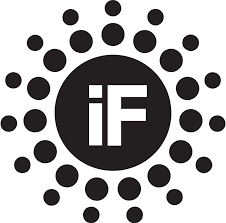