“Show Indians”: Heinrich Zille and the Exotic Other

A personal reading of Zille’s photography by Gerald McMaster 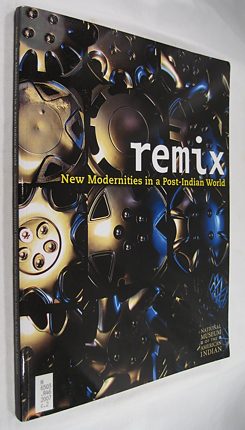 Book ed. by Gerald McMaster & Joe Baker, courtesy National Museum of American Indian Presenting Europeans with the “exotic other” received a major boost in 1492–93, when Christopher Columbus brought back to Spain indigenous Arawaks against their will from the West Indies. From that point forward, the practice of transporting strange (to European eyes) humans and animals continued – and grew – well into the 20th century. It was not until the late 19th century, however, that entrepreneurs began to tap into the economic potential of showing “the strange, the savage, the freak” at large universal exhibitions. In addition to their money-making capacity, these events gave colonizing countries a chance to show off their technological advances and overseas territories.

Germany – whose colonial theatre included Togo, Cameroon, and some Pacific islands – emerged as an expert in mounting “ethnic shows” at international expositions. In the 1896 German Colonial Exhibition, for example, hundreds of indigenous peoples from East and West Africa, as well as New Guinea, were presented on stage and in cages (the latter was a prop intended to distinguish these “primitive,” animalistic others from their “civilized” spectators).

The two images presented in the exhibition “Fun Fair” at the Goethe-Institut Toronto by Berlin photographer Heinrich Zille (1858–1929) are examples of how the popular discourse of otherness figured in presentations of non-European cultures from Africa, Oceania, and North and South America. Zille was born in Radeburg, Saxony, not far from the birthplace (Radebeul) of well-known writer Karl May (1842–1912). Zille illustrated and photographed the everyday lives of Germans, while May wrote about distant cultures. But Zille’s work was less pervasive and lasting in mainstream culture than May’s, which continued to entertain and inspire German readers for many generations, to this day, especially through his fictional accounts of American Indians (Indianer). Indeed, May’s writing was part of a huge wave of German interest in the indigenous peoples of North America: Christian Feest’s survey of literature in German between 1875 and 1900, for instance, reveals approximately 1,000 titles devoted to American Indians; and Karl Markus Kreis has shown that, in the last decade of the nineteenth century, Buffalo Bill Cody’s Wild West Shows had an enormous impact on German’s perceptions and fantasies (it is not unlikely that Zille witnessed Buffalo Bill’s “show Indians” in Berlin, while May would have seen them in Dresden).

In two of Zille’s photographs one can easily see the convergence of the everyday and the exotic. The results of this union are provocative visualizations of the “noble savage.”

In the first image, an expectant crowd (Zuschauer) hovers in front of an exhibition booth (Schaubude), waiting to see what will appear from behind a mysterious curtain. The New Guinea performers – as presented in the posters – are nearly naked. Dressed in animal skins, the woman is bare-breasted and the man is seductively close by; both are dancing. In Zille’s photograph, the clothed Europeans and the barely clothed Oceanians – the civilized and the exotic – are about to meet.

In the second image, a “real” New Guinea man stands incongruously beneath a poster announcing “Sioux-Indianer” (Sioux Indians). In the context of the exhibition, his outfit contrasts markedly with the audience’s European attire. In both photographs, it is likely that the posters surrounding the stages were printed by the Friedlander Litho Company of Hamburg, which printed posters for zoos, circuses, and music halls, and for which Zille worked.

Zille was well known for his photography depicting Berlin’s social underbelly, as well as images in which various layers of German society come together. Elements of both are present in the first image, in which a crowd of young boys – many of them barefoot – eagerly wait for a show to begin. The visual and political irony is, of course, that the meaning of the spectator boys (on the surface so innocent) cuts in two directions. Whereas Zille presents what most would say is a “colonial gaze,” the poor German others inhabit their own underbelly – after the show, they must return to the squalor of their urban reservation.

Many show Indians, popularized by exhibitions such as Buffalo Bill’s Wild West spectacles, no doubt participated against their own interests. Yet, the more complicated reality is that many of those who were on display led more exciting, possibly healthier, lives than if they had remained in North America to suffer the brutal assimilation process. These shows, presented so far from home, allowed show Indians an opportunity – albeit politically, aesthetically, and morally constrained – to be themselves (and Germans thirsted for Indian authenticity). In addition, performing the 1876 Battle of Little Big Horn, at which Lieutenant Colonel George Armstrong Custer was defeated and killed by Native American warriors – one of the principal Wild West narratives – possibly restored some sense of justice and, perhaps, fortified them for the darkening days ahead. Indeed, the inequities, ironies, and instabilities of being either a victorious or vanquished show Indian live on in our own times and places.

In Germany today, we still find the lasting influence of the exotic other. Instead of eagerly awaiting indigenous performers to appear (as in the Zille photographs), everyday Germans now play out this otherness – for example, at the annual Karl May Festspiele, in which they become weekend warriors taking on the personae of long-gone Indians.


Curator, artist, and scholar Gerald McMaster is the Canada Research Chair in Indigenous Visual Culture & Curatorial Practice at OCAD University, Toronto. Among his many previous roles, he has served as co-artistic director of the 18th Biennale of Sydney and curator of Canadian art at the Art Gallery of Ontario. McMaster is currently organizing an academic symposium on The Entangled Gaze: Indigenous and European Views of Each Other for fall 2017.

In May of 2017, the Goethe-Institut Toronto hosted a curatorial talk and opening reception of the Goethe Media Space show "Heinrich Zille: FUN FAIR" with Prof. Gerald McMaster, Dr. Deepali Dewan and the Goethe-Institut's Program Curator Jutta Brendemühl in conversation.