Children’s books shape the worldview we grow up with. It is important for children to be able to recognize themselves in stories, illustrations and narratives and, at the same time, to learn about the different realities of life around them. Does children’s literature in Finland (and other European countries) today reflect the increasingly diverse societies in which we live? What can be done to promote diversity, representation, inclusion and norm critique in children’s literature?

Since 2018, our project DRIN - Visions for Children's Books has attempted to address these questions and more. Join the conversation with Finnish comics illustrator and DRIN expert, Warda Ahmed, and DRIN project coordinator, Amiirah Salleh-Hoddin, at the Helsinki Book Fair 2022 on Saturday 29 October.

The discussion will be in English and is supported by the German Library in Helsinki and Aue Foundation. 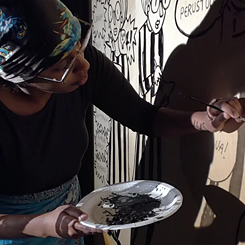 The comic-artist, teacher and illustrator Warda Ahmed lives and works in the Helsinki metropolitan area. As an anti-racist feminist, she takes part in the public discourse on structures that make our societies more unequal. At the moment, she works in the project Comics and migration that is funded by Kone Foundation. In her comics, Ahmed deals with the migration history of her family. With the working group Sisaret 1918 (Sisters 1918) she won the Finlandia prize for comics in 2019. 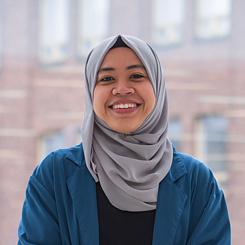 Amiirah Salleh-Hoddin is the coordinator for project DRIN at Goethe-Institut Finnland. Her other affiliations include being the co-founder and chairperson of the Anti-Racist Forum (ARF) in Finland, a doctoral researcher at the University of Helsinki on the production of knowledge by racialised minorities, and working as an anti-racist educator and equality trainer internationally. Her passion rests in equipping people with the knowledge and tools to be more inclusive and anti-racist in order to address social inequalities.

. The project DRIN - Visions for Children's Books is supported by the Allianz Kulturstiftung.