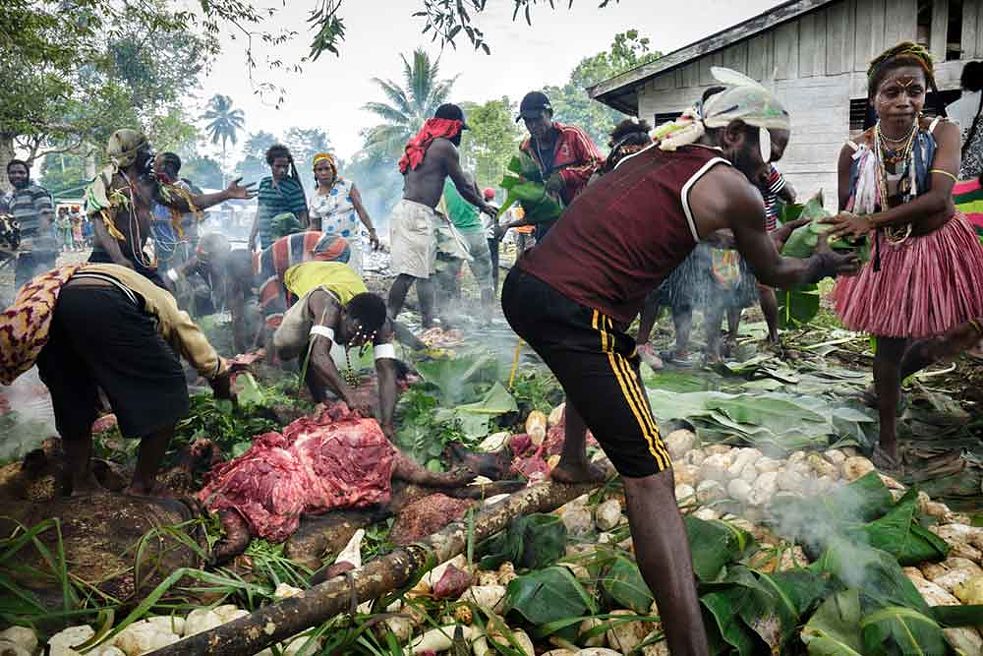 For the dish (babi) bakar batu a pig is roasted between previously heated stones – not unlike a coal fire. In the central mountain regions of Papua, the burning of stones is not only a matter of cooking but also of ritual, for example to express happiness or grief, or when people begin a new collective work. Pork is one of the main foods in the region.

The spices are the ingredients themselves: the meat, tubers and vegetables. The blend makes the flavor and taste of this dish unique. Wow! When I was preparing this photo, I immediately got hungry.