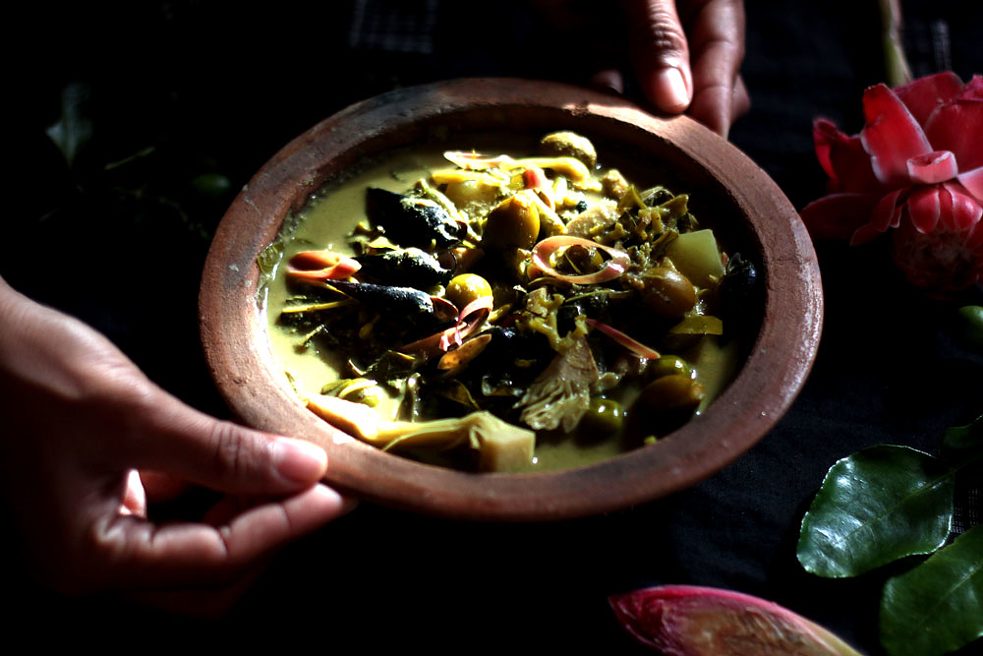 Not only eaten on a daily basis but also served on special occasions, kuah pliek u is one of the most popular dishes of the Acehnese and has been so for very long time. The name kuah pliek u comes from one of the basic ingredients for the dish – pliek u, also known as patarana. Pliek u itself is the remains of a coconut whose oil has already been pressed out. In rural Aceh, coconut oil is usually used as an edible oil, or minyeuk reutik. The fruit pulp remains are dried in the sun and processed to pliek u. Pliek u is then used as a main component of kuah pliek u.