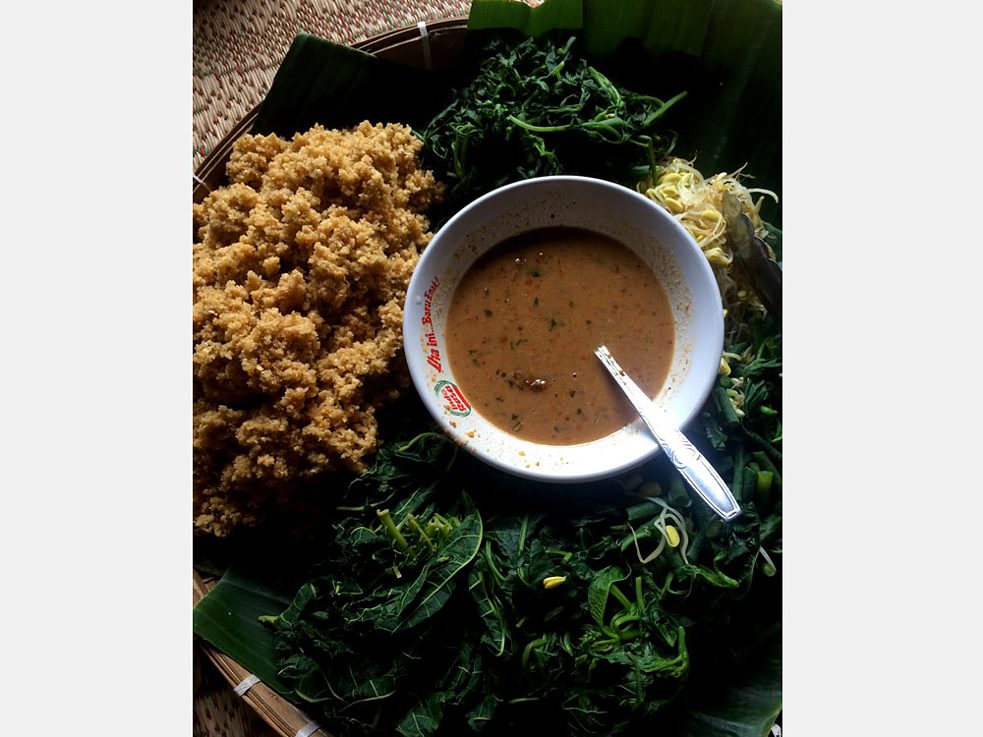 The last time I ate pecel tiwul was when the @naturallivingid community had a potluck day and the host served this dish. The traditional cuisine carried us through nostalgia. On that day pecel tiwul was served in a large cup with banana leaves and consisted of tiwul, vegetables such as spinach, long beans, bean sprouts, papaya leaves as well as pecel spices and side dishes such as tempeh, tofu and karak. The many kinds of pecel are often combined with other dishes. Pecel is frequently found in Central Java: vegetables cooked or steamed to which are added pecel spices of peanuts, Java sugar, chili and spice puree to produced a sweet, spicy and pronounced orange leaf flavor.

Alone in the city of Solo there are many different kinds of pecel; besides the famous pecel solo there is also pecel ndeso. Pecel tiwul is rarely sold by street vendors or traditional markets in the city these days. Tiwul is a basic food substitute for rice and is made from manioc or cassava. The inhabitants of Wonosobo, Gunungkidul, Wonogiri, Pacitan and Blitar eat this type of food every day. The caloric content is lower than rice but sufficient to serve as a rice substitute. As a substitute for rice, tiwul with pecel becomes pecel tiwul. In this way, traditional dishes such as pecel tiwul combine diversity, enrich the knowledge of others, and strengthen family and community solidarity.