The anarchist cholas were a group of Indigenous women unionists from Bolivia in the first half of the 20th century. They formed the Feminine Workers Federation (FOF), which was concerned with defending the rights of working women and their place within the union. They were fundamental in the consolidation of the Bolivian labor movement, although their role has been forgotten.

By Vanessa Peñuela and Cesar Vargas 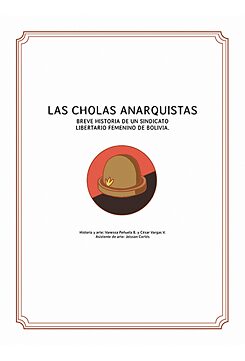 © Manifesta of the Local Workers Federation,1930

At the beginning of the 20th century, a group of Indigenous, proletarian women from Bolivia were fighting an anti-racist, proletarian and anti-patriarchal battle—about which too little is known today.