Movements and Moments
For the Right to Exist

In recent years, the debate about Indigenous sexuality has grown and has been articulated by Indigenous people who identify as LGBTQIA+ and claim more visibility for their cause. Indigenous peoples in Brazil have resisted and struggled since 1500. The European invasion and colonization started a project of genocide and ethnocide of the native peoples and their cultures that still reverberates today. This short comic tells this story alongside the story of Yakecan Potyguara and Yacunã Tuxá, two young Brazilian lesbian indigenous activists. 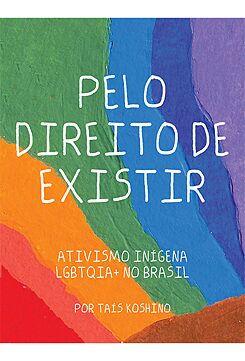 © Tais Koshino
For the Right to Exist (Portuguese - PDF 6MB)

Interview with Taís Koshino
In school, we learn about Indigenous peoples only when studying the Portuguese arrival

How can one tell the story of someone whose community they are not part of? Researching the history of Indigenous LGBTQIA+ activism taught the author a lot about her privileges.

Brazil
For the Right to Exist