Irene Hernandez is a retired teacher. In 2007 she was elected to hold the municipal presidency for Ayutla, a small Mixe town located in the North Sierra of Oaxaca. Her election was done through the Indigenous normative system, also known as “Uses and Customs”. Since 2017 the community has been fighting against dispossession of water (#WaterForAyutlaNow). After her tenure as the first female President of Ayutla, Irene remains active in her community. Her moral strength has been important in Ayutla’s fight for the reconnection of water. Irene’s story is also the story of a community.

By Ana Karenina and Lizbeth Hernández 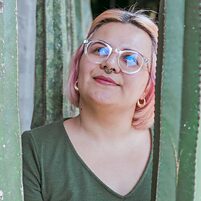 is a lesbian cartoonist and tattoo artist. She draws women and their oppressions, Sapphic and marginalized identities and her own experiences. Her work has been published in Luchadoras, Más por Más, VICE en Español, Malvestida and El Chamuco. 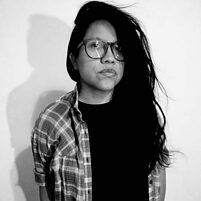 is a journalist, photographer, independent researcher and consultant on feminism and gender. She is the founder of the project Kaja Negra.