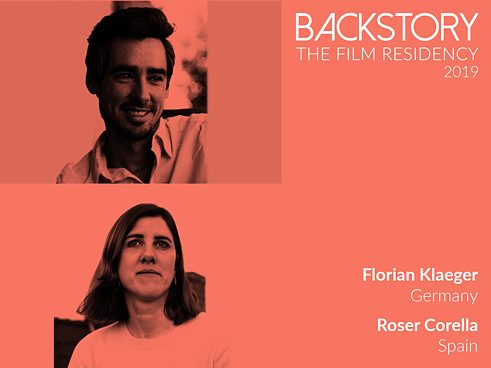 Roser Corella is an Independent Documentary Filmmaker currently based in Berlin. After her degree in Visual Arts at the University of Barcelona, she completed her studies at Städelschule in Frankfurt, and in Cuba at EICTV – International School of Cinema and TV. Roser began her career as video-journalist for TV, but her interest in human stories behind global issues moved her to start self-producing and developing a personal vision within the documentary field.

Florian Klaeger is a filmmaker and editor from Germany. Coming from analog film projections and animation, he holds a diploma in editing and was a master student at Béla Tarrs film.factory in Sarajevo.
He works with a strong collective approach and regularly collaborates with other filmmakers and artists. Projects are mainly produced outside the conventional film and television funds and related to political and pop culture topics. He’s rooted in both, documentary and experimental film, and was able to show his works on various film, music and art festivals around the world.

Domestic workers have become the most vulnerable group of migrant workers in Lebanon, often exposed to exploitation at the hands of their employers and private employment agencies that hire them. While employers remain in impunity, the system of recruitment of these foreign maids hides types of contractual slavery and has become an international problem of human trafficking. A thought-provoking gaze of the exploitative migration and the terrible dilemmas facing women who must choose between earning and caring their own children. The film drives the realities underlying the domestic work that do not address continuing gender inequalities, and all too often rest on the dehumanization of the women who actually provide the care of children and do all the domestic work in the houses of Lebanese families. The protagonists are migrant women who survived the phenomenon of the International Maid Trade, that moves silently like an epidemic through the private homes of Lebanese families. Some of them managed to return to their homeland although with empty-hands; but others stayed in Lebanon to empower other migrant women and fight together for their rights.