GAPP supports teachers and schools in arranging successful bilateral school exchanges for their students. We offer workshops and resources, provide assistance throughout exchanges, and award travel grants and individual scholarships to teachers, exchange groups and individual students. See if there is a GAPP school near you! 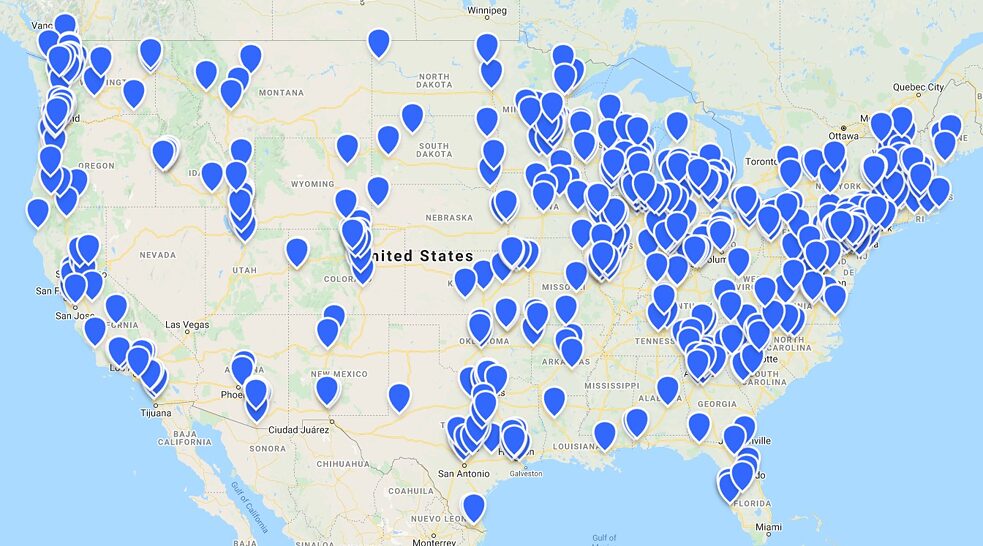 Connect with us on social media!

GAPP is 50 years young! The GAPP team celebrated this special anniversary along with the president of the Goethe-Institut, Dr. Carola Lentz as well as many other high-ranking guests, GAPP teachers, and alumni at a gala dinner in New York City. Highlights of the evening included awarded GAPP Coordinator Nicole Perrine-Wilson with the distinction of GAPP Teacher of the Year, who describes the GAPP program as `the best part of her job.` Equally moving was a video presentation and speech by GAPP alumna Rileigh Wine, who stressed the importance of getting to know other cultures. The evening was led by GAPP alumnus Miles Johnson, former student of former GAPP coordinator and current GAPP Executive Director Molly Rowland as well as South Mecklenburg High School Teacher Ingrid Bialas-Wilson.
The celebrations continued the next day, on October 9th, with a block party in front of Goethe-Institut New York. Hundreds of visitors went from stand to stand and tried German specialties such as döner kebabs and pretzels. They also decorated gingerbread hearts, listened to Ami Warning and her band from Munich, Germany, and learned more about German program. German School Brooklyn attended with their band, and artist duo Feli and Pepita opened their photo exhibition In My Room. (Ran until October 31st)The GAPP team raffled off prizes at the GAPP stand that included coasters, bags, pencils, t-shirts, and more. Children in attendance especially appreciated the fairytale theater performances, crafts, painting tables, ice cream, cookies, and more.  GAPP was especially excited to welcome the class from Gabelsberger Gymnasium in Germany. The students won the GAPP anniversary video competition offered by the Pedagogical Exchange Service and were rewarded with trip to New York.

The GAPP team would like to thank all guest for the many congratulatory messages and participation in events and look forward to the next milestone! 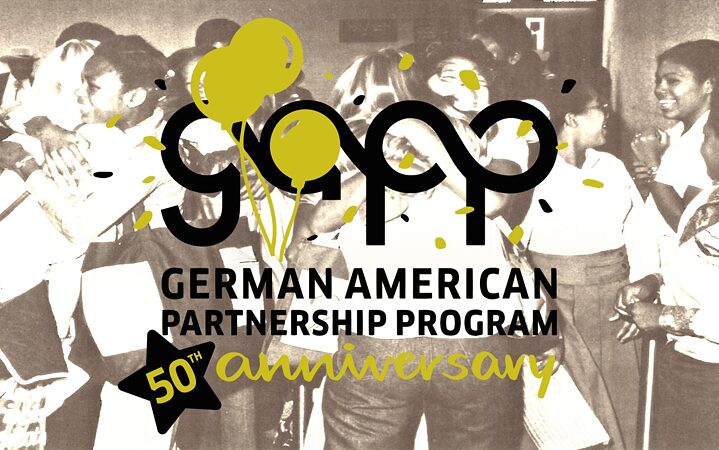 The German American Partnership Program, GAPP, turns 50! In light of this occasion, we are launching the anniversary website to celebrate half a century of intercultural exchange and friendship. We would like to invite you to discover important milestones of our program, hear the stories of our GAPP alumni, witness the fundamental impact of a GAPP exchange and join our GAPP events throughout this year. We are looking forward to celebrating with you! 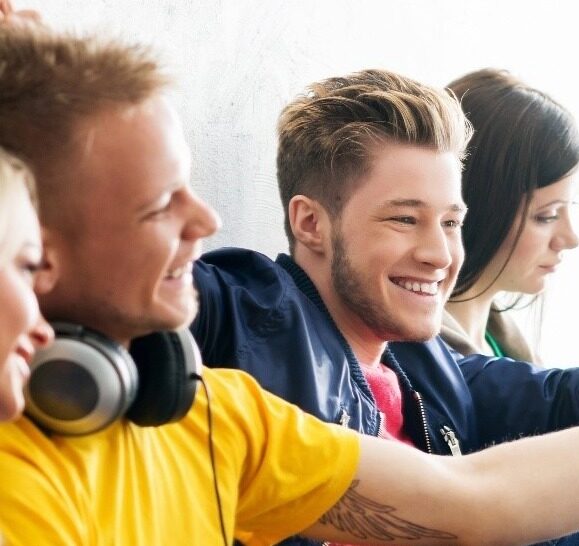 In this our 50th year, we are launching our GAPP Alumni Network to reconnect with all our former exchange students and GAPP coordinators!

We are happy to introduce GAPPY!

GAPPY has flown in just in time for our 50th anniversary, to celebrate with us and accompany GAPP students on their 2022 exchanges!
Thank you again to GAPP student, Lance Hoogendoorn from O'Gorman High School in Sioux Falls, SD who created GAPPY’s original concept.

To welcome GAPPY to our team we invited all GAPP and GAVE students to participate in our 2022 Social Media Challenge for a chance to win prizes!
Contest is now closed, but visit our Instagram @gapp.exchanges to see where GAPPY was this Summer!

Congratulations!
Teacher of the Year

To highlight the work of exceptional GAPP Coordinators, GAPP selected Ms. Nicole Perrine-Wilson of Wissahickon High School to receive the GAPP Coordinator of the Year Award for 2022.

Congratulations!
GAPP Coordinator of the Month

in November is: Andrea Bredeman

My favorite part of leading exchanges to Germany is the experience of watching the friendships and world perspectives develop throughout the exchange experience. The exchange not only impacts the hosts and guests, but also many others in the community.  From a hosting perspective, I love that our partners from MvL Gymnasium usually arrive and are welcomed during our homecoming activities.  During our last exchange, our GAPP partners  from Koblenz arrived in time to enjoy all of our homecoming festivities.  They competed in our class competitions and they suddenly decided to teach the ENTIRE student body a cheer of their own.  Watching the reaction as the school sits down to learn their chant was AMAZING--I still have a video of it.  What a perfect example of the impact GAPP programs have on entire communities, fostering relationships and inspiring intercultural understanding.
It is really rewarding to see just how much the GAPP exchange influences their lives - just as it does mine!

GAPP is recognizing the effort and dedication of GAPP Coordinators in 2022, nominated by collegues, who have successfully lead students on short-term exchanges to Germany and that show a passion for cross-cultural exchange and collaboration.
Come back each month to learn why these amazing teachers are a part of GAPP!

Why a GAPP exchange? 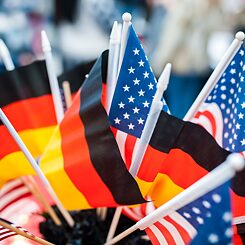 Photo (detail) © Goethe-Institut / Karen Littlewood No matter what subject you teach – from STEM to social studies or history – you work hard to give your students the best education possible. A German school exchange with GAPP offers your students an invaluable opportunity to step out of the everyday, develop a global perspective, and build skills that can only be learned through travel. Our program is educational and immersive. We invite all schools, with or without a German language program, to take part in our enriching GAPP exchange.

That's how a GAPP exchange works!

My exchange to Germany

Meet Rileigh from Michigan, who traveled to Germany and produced a video about her experience. Learn about Spaghetti-Ice-Cream, German castles, international communities, Germany's strategies to tackle climate change, and finding inspiration for the future.

We offer support and financial assistance to teachers, schools, and students navigating the framework of a bi-lateral exchange.
Starting a new GAPP program
For existing GAPP coordinators

GAPP students interested in spending a semester or a year at their GAPP partner school may be eligible for visa sponsorship from GAPP.

We offer teachers a framework, lesson plans and worksheets, access to an online exchange platform, and financial support to lead a successful virtual exchange.

For students and alumni

Being a part of a GAPP or GAVE exchange has many long-term benefits for students, including scholarships for German language courses and eligibility to be a U.S. State Department alumni.

Our dedicated team ensures that you succeed in your student exchange. By supporting you in implementing student exchanges, we seek to deepen relations between Germany and the U.S.

Learn more about what impact GAPP has had on participating exchange students, schools and local communities, and the partner countries Germany and the U.S.

Donate easily and securely with Paypal

© Amazon Turn on AmazonSmile in your Amazon app, make German American Partnership Program your charity of choice, and support our scholarship fund.

Find us on LinkedIn!

Back to Commitment to German