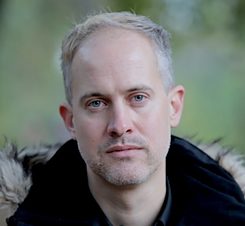 His book Berlin (Reaktion/ U Chicago Press), a portrait of the capital, was published in July 2017. His work has appeared in literary journals such as the New England Review and Agni, and he is a contributing writer for the BBC, Newsweek, Monocle Magazine, and many other publications. He is the essayist of the Schaubühne Theatre, and, since 2008, the voice of The Needle, one of Berlin’s most popular blogs. His work has been translated into German, Italian, French, Slovene, Mandarin and Arabic.

Born in Canada, he received his doctorate in history at Cambridge University, UK, and was a lecturer in the Core Curriculum at Columbia University in New York City. In Berlin, he lectures in the humanities program at the Barenboim-Said Academy and chairs a graduate writing workshop at New York University in Berlin. He also teaches creative non-fiction at the Berlin University of the Arts (UdK).