© Tobias Schrank To conclude our third season of Cuisinez avec Annika !, we have compiled all the recipes cooked so far in a cookbook. We have prepared three versions, ePub for your reader and a pdf version in small web resolution or generous print resolution.

or borrow it online:

For this workshop, Annika decided to present the famous Kartoffelpuffer und Apfelmus in a slightly modernized version and in a different context: she will show you how to make Kartoffelpuffer with an apple miso sauce as well as a second topping consisting of smoked salmon and a cold Quark and herb dip. To go with it, we’ll be making a lovely winter salad with kale, pears, walnuts and blue cheese. This combination can easily become part of a cozy Sunday brunch with friends or family. 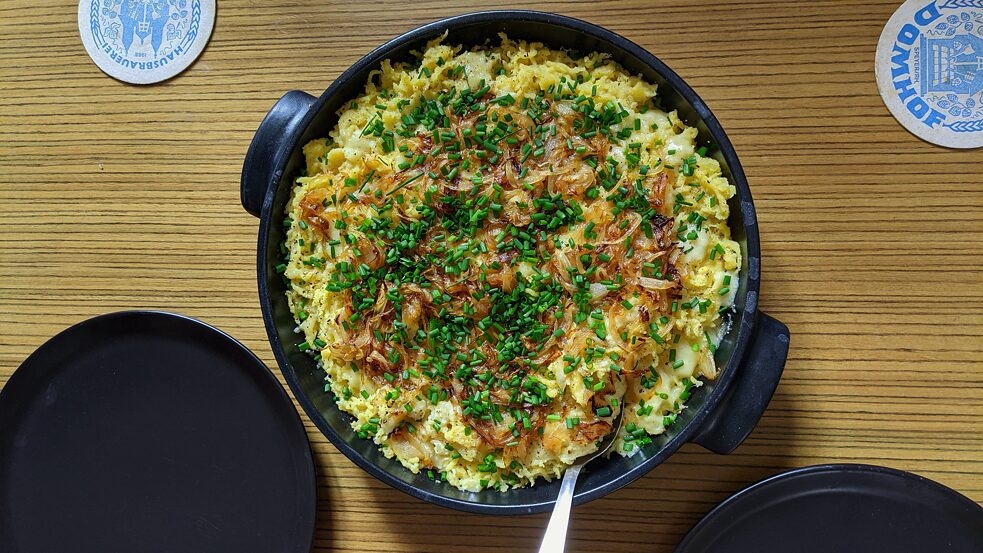 © A. Wegerle During our November workshop, chef Annika showed how to prepare this iconic German dish.

We've started the 2021 fall season with a wonderful Zwiebelkuchen!

October is the month of "Federweißer" (sometimes also called "neuer Wein", which means "new wine") - a slightly alcoholic wine (around 5%) that’s still in the fermentation process and therefore in between the stages of grape juice and wine. And in Germany, whoever says Federweißer thinks Zwiebelkuchen (onion pie). It's a very traditional and perfect combination for the coming fall.